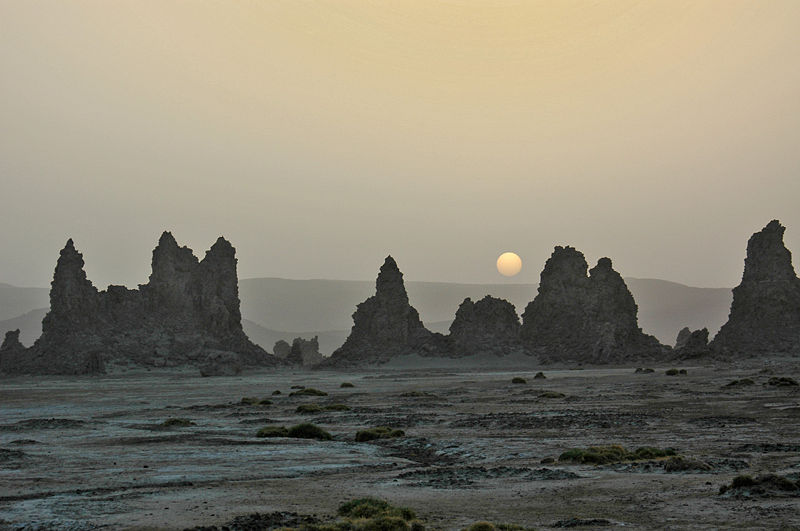 Lake Abbe, a salt lake on the border of Djibouti and Ethiopia. Both countries head to the polls this spring. Photo credit: Wikimedia/Rolf Cosar (CC BY 3.0)

Abdulkadir Khalif, The East African (March 24, 2021): Somalia’s leaders attempt another round of discussions on elections

Vava Tampa, The Guardian (March 24, 2021): The world has a vested interest in Somalia. Will it act to stop its collapse?

Djibouti is holding a presidential election on April 9, 2021. Ismaïl Omar Guelleh, who has been president since 1999, will run for a fifth term. The main opposition parties plan to boycott and have been holding protests. More

2/ Benin is weeks away from a presidential election on April 11th that bears heightened regional & int'l scrutiny as the country’s opposition has been systemically excluded from taking part through a multi-year gambit to entrench Pres. Talon’s power https://t.co/HmDOFURmgH

TV5Monde (March 30, 2021 – in French): Presidential election in Chad: the indestructible Déby without a real challenger

Girmachew Alemu, The Elephant (March 30, 2021): Ethiopia’s next poll could be more competitive. But big challenges remain

Reuters (March 30, 2021): All members of South Africa’s ANC charged with corruption must step aside or face suspension – Ramaphosa

Congo Rep. strongman Denis Sassou-Nguesso, in power for 37 years, wins 88% of vote. “At a polling station…a handful strolled in an hour after it opened. Many stayed at home, knowing that Sassou-Nguesso would win, whether or not he got the most votes”.https://t.co/SCxuYrDKcL

Benjamin Roger, The Africa Report (March 25, 2021): Côte d’Ivoire: Ouattara’s new government, who is likely to stay or get the boot?

Nic Cheeseman, The Citizen (March 30, 2021): Digital democracy still a long way off in Africa; it takes more than tech