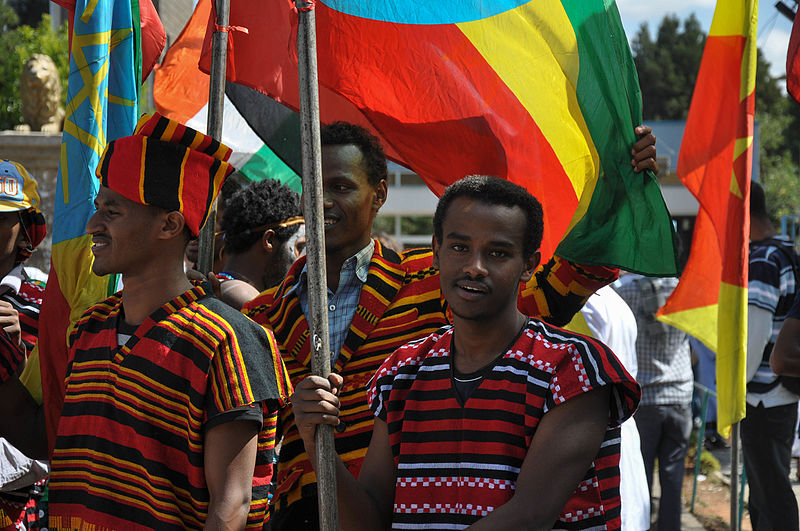 Ethiopia planned to hold general elections last year, but postponed them due to COVID-19 and other factors. Subsequently, fighting broke out in the Tigray region. After several postponements, the government has set the polls for June 21, 2021.

At stake are all 547 seats in the House of Peoples’ Representatives, the lower house of Ethiopia’s parliament (the upper house is elected indirectly), as well as regional offices and seats on local councils.

These elections are taking place in the context of political change in Ethiopia, and in the midst of both the opportunity to build a democracy and the threat of ethnic violence. Furthermore, the country risks breaking up, especially amid crisis in Tigray region in the north that exploded into violent conflict in November 2020. It is a time of great promise and great peril for Ethiopia.

In 2018, Ethiopia began a historic process of democratization following the selection of Abiy Ahmed as prime minister. Reforms included releasing political prisoners, opening up Ethiopia’s previously closed political space, and pledging to hold free and fair elections in 2020. In that vein, Abiy appointed Birtukan Mideksa, a former opposition activist who had been jailed and exiled for protesting the regime, to oversee the country’s elections. However, Ethiopia’s reformers face many obstacles, including entrenched opposition to democracy within the political establishment.

EPRDF has held elections regularly, but aside from the 2005 polls, none were competitive or credible. In the last elections, in 2015, the EPRDF won 100 percent of the parliamentary seats. However, following three years of protests, the EPRDF chose Abiy as prime minister. In December 2019, Abiy merged three former EPRDF parties to form the Prosperity Party, which will contest the forthcoming elections.

The upcoming much-anticipated elections were originally supposed to take place in May 2020, but because neither election officials nor political parties were on track to be prepared, the election commission set a date in August 2020. COVID-19 and a climate of increased ethnic violence and political tension further delayed the elections.

Ethnic tensions have been on the rise. Under the EPRDF, the country’s four biggest ethnic groups (Amhara, Oromo, Tigrayan, and southern groups) had representation, but Tigray dominated. It was protests in Oromia that began in 2015 that ultimately led to the installation of Abiy (the first Oromo to hold Ethiopia’s top post) and the current political transition.

In June 2020, the singer Hachalu Hundessa was murdered in Addis Ababa. Hundessa was a vocal advocate for the Oromo people, and his murder led to violent clashes. Over 9,000 people were arrested, and 2,000 face criminal charges, including a prominent Oromo politician. The Economist notes: “This year alone at least 147 fatal clashes have left several hundred dead, according to figures compiled by the Armed Conflict Location & Event Data project.”

Tensions have been particularly rising among members of the Tigray ethnic group, and in November 2020 broke out into violent conflict.

Before the shooting began, Tigrayan leaders rejected the election delay, calling it a political ploy to illegitimately extend Abiy’s mandate. They also alleged that the Abiy government is persecuting Tigrayans under the guise of holding the old regime accountable. They subsequently held elections to their regional parliament on September 9, and TPLF won in a landslide.

Abiy’s government deemed the elections illegal, and Ethiopia’s parliament subsequently voted to cut ties with Tigray and dissolve the regional government.  After that, fighting broke out between Ethiopian federal government forces and the TPLF, and continues. Moreover, internet and telephone are cut off in the region, making it difficult to know the exact situation.

Abiy’s government has barred the TPLF from standing in the upcoming elections, which could further complicate reconciliation efforts.

In short, all of these factors leave Ethiopia’s transition to democracy in limbo.

Lynsey Addario and Rachel Hartigan, National Geographic (May 28, 2021): A grave humanitarian crisis is unfolding in Ethiopia. ‘I never saw hell before, but now I have.’

Antony Sguazzin, Bloomberg (May 28, 2021): Next Africa: Ethiopia’s Fall From Africa’s Darling to Pariah

Editorial Board, Financial Times (May 27, 2021): US is right to impose sanctions on Ethiopia: Abiy must stop the violence in Tigray and expel Eritrean troops as a first step

François Picard, Charles Went, and Juliette Laurain, France24 (May 3, 2021 – video): Which way for Ethiopia? Abiy cracks down on regional revolts ahead of elections

Girmachew Alemu, The Conversation (February 8, 2021): Ethiopia’s next poll could be more competitive. But big challenges remain

Desta Gebremedhin, BBC (November 5, 2020): Tigray crisis: Why there are fears of civil war in Ethiopia

The Economist (September 19, 2020): Ethiopia’s democratic transition is in peril

Desta Gebremedhin, BBC (September 4, 2020): Why there are fears that Ethiopia could break up

Zecharias Zelalem, Quartz (June 18, 2020): Ethiopia’s decision to delay its election for Covid will have consequences for its democratic goals

← Palau Elections: Throughout 2020
Liberia Senate Elections: December 8, 2020 →
By continuing to browse the site you are agreeing to our use of cookies.
Share This