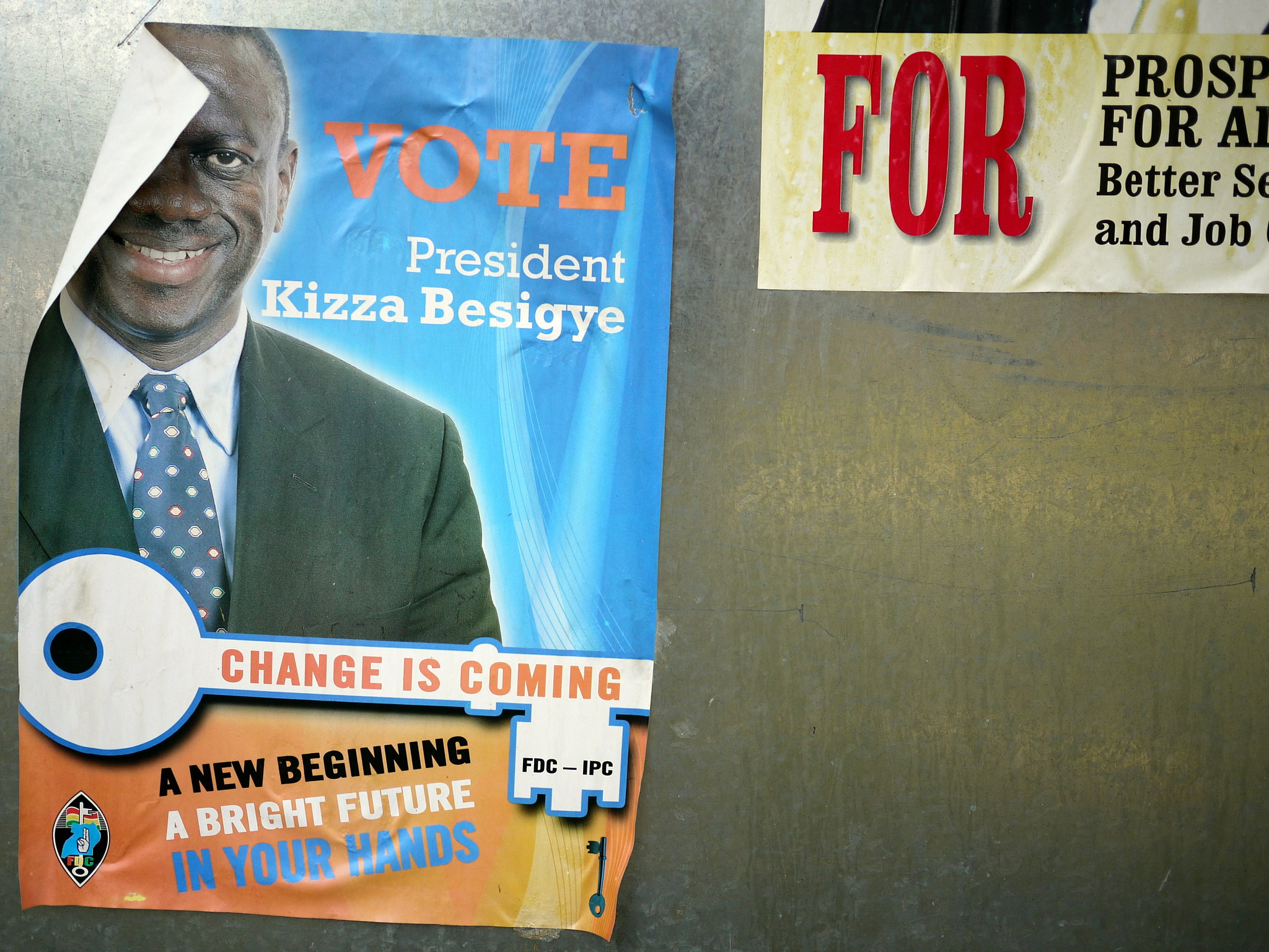 Uganda has scheduled general elections for January 14, 2021. Voters will elect a president and most of the 426 members of the unicameral parliament. The election commission has said that the vote will take place between January 10 and February 8, 2021.

President Yoweri Museveni has held power since 1986 and plans to seek a sixth term. Museveni was involved in the struggle to topple Idi Amin, seen as one of the world’s cruelest dictators, who waged an eight-year reign of terror in Uganda that left the country scarred. Amin’s regime collapsed in 1979, and a series of presidents rose and fell between then and 1986, when Museveni’s National Resistance Movement (NRM), then a militia and now his nationalist political party, seized power. Nonetheless, he established multiparty politics, and has held regular elections.

From 1986 to 2006, the Lord’s Resistance Army (LRA), an apocalyptic cult, waged an insurgency that terrorized the north of the country. The LRA’s leader, Joseph Kony, fled Uganda in 2006, but the insurgency left a humanitarian disaster in its wake. It killed over 100,000 people, and kidnapped countless children and made them into child soldiers.

In the last presidential election in 2016 (which was marred by an uneven playing field and government use of state resources and security services for political purposes), Kizza Besigye of the main opposition center-right Forum for Democratic Change (FDC) won 35.6 percent, coming in second, to Museveni’s 60.6 percent. NRM holds 293 out of 426 seats in parliament, and FDC holds 36 (other opposition parties hold 21).

Besigye, Museveni’s former doctor, has run against Museveni in the last four elections, and has faced harassment and intimidation every time. In 2016, he was charged with treason and terrorism – charges that carry the death penalty. He and other opposition figures are frequently arrested and assaulted.

NRM won 90 percent of the votes in Uganda’s 2018 local elections, the first in 12 years. Those elections lacked many of the basic features of democratic elections. For example, there were no secret ballots, but rather voters physically lined up behind their candidate of choice.

The 2021 Elections and Possible United Opposition

For the upcoming elections, 37-year-old pop star Robert Kyagulanyi Ssentamu, better known as Bobi Wine, has emerged as a leading opposition candidate. Wine and Besigye announced an alliance in June 2020, joining together Wine’s People Power movement with the traditional opposition. The groups will coordinate their political program and campaigning activities ahead of the elections. However, it is unclear whether the groups will back a single presidential candidate and they have been fighting with each other on social media.

Security forces remain in a pattern of intimidating and harassing the opposition. The political climate is tense. A study last year found that 89 percent of respondents feared violence during the elections, and that was before COVID-19 began wreaking havoc. Protests followed the last two elections, and are very possible following these ones.

Musaveni is seen as an ally to Western governments on counterterrorism, despite concerns about human rights and civil liberties. Landlocked Uganda borders a number of regional hotspots, and has been involved in conflicts in both the Democratic Republic of Congo (DRC) and South Sudan, and tensions are generally on the rise in the Great Lakes region.

The LRA has moved its operations from the north of Uganda. Although reduced to 100-150 fighters, it is still carrying out attacks in the northeastern DRC, South Sudan, and eastern Central African Republic (CAR).

Eric Mwine-Mugaju, Mail and Guardian (October 4, 2020): Museveni isn’t worried about winning the election, but about what comes next

Geoffrey Ssenoga, The Conversation (September 6, 2020): Why Uganda’s ban on open-air campaigns could tilt the 2021 poll in Museveni’s favour

← Somaliland Presidential Election: November 13, 2022
Africa →
By continuing to browse the site you are agreeing to our use of cookies.
Share This