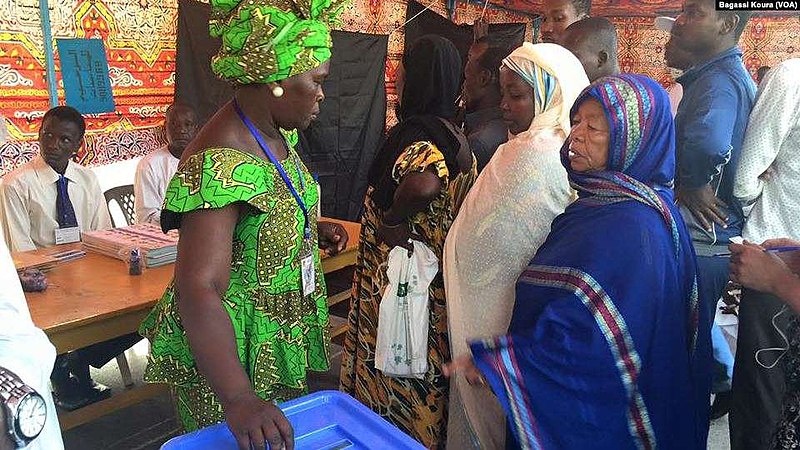 Chad held a presidential election on April 11, 2021. President Idriss Déby, who seized power in a rebellion in 1990, won a sixth term. However, on April 20, he was killed by rebels. Déby’s son, 37-year-old General Mahamat Déby, declared himself interim leader, backed by the military. He dissolved parliament and promised elections within 18 months, by December 2022. However, it is unclear when the elections will actually happen.

Idriss Déby seized power in a rebellion in 1990, and although the country holds elections, there has never been a change in power by a free or fair vote. However, the opposition does hold seats in the National Assembly. Chad is one of the poorest countries in the world and faces chronic instability.

There are concerns that the regime uses counterterrorism as an excuse for suppressing legitimate political opposition. However, terrorism remains a very real threat – for example, in March 2020, Boko Haram terrorists attacked a garrison of Chadian soldiers, killing 92 of them in the worst attack the Chadian army has ever faced. On the other hand, the opposition believes that Déby has mismanaged the country, which is one of the poorest in the world, with two-thirds of the population living in extreme poverty.

In addition to the terrorism threat, Chad is riven by conflict with various rebel groups. At least four of these groups are well-armed.

Following a 2018 constitutional change, Déby could remain in power until 2033. His party has formally nominated him as its candidate for the April 2021 election – running for his sixth term. The move sparked protests, which took place despite a ban. Most serious opposition figures were arrested, disqualified from the ballot, or physically attacked (one major opposition figure had his house attacked by police and soldiers, who killed his mother). In addition, the regime co-opted a number of other opposition figures.

Ultimately, while other names appeared on the ballot, none were seen as serious challengers to Déby, and he was declared the winner after the first round.

Right after the election, Déby – a lifelong soldier – was killed while leading troops in a clash with the rebel group FACT, founded by disaffected Chadian military officers. Déby’s son, 37-year-old General Mahamat Déby, declared himself in charge. In September 2021, he appointed a new 93-member transitional parliament and continued to promise elections.

Esdras Ndikumana, RFI (July 20, 2021 – in French): Chad: Three months of tense relations between the junta and the African Union

AFP (June 13, 2021 – in French): The party of the late president procrastinates before finding a successor

RFI (May 6, 2021 – in French): Chad: opposition calls for national meetings to find a consensus solution

World Politics Review (July 30, 2020): What Would It Take for Idriss Deby to Fall in Chad?

International Crisis Group (May 25, 2020): As Chad’s Problems Mount, What Role for Civil Society?