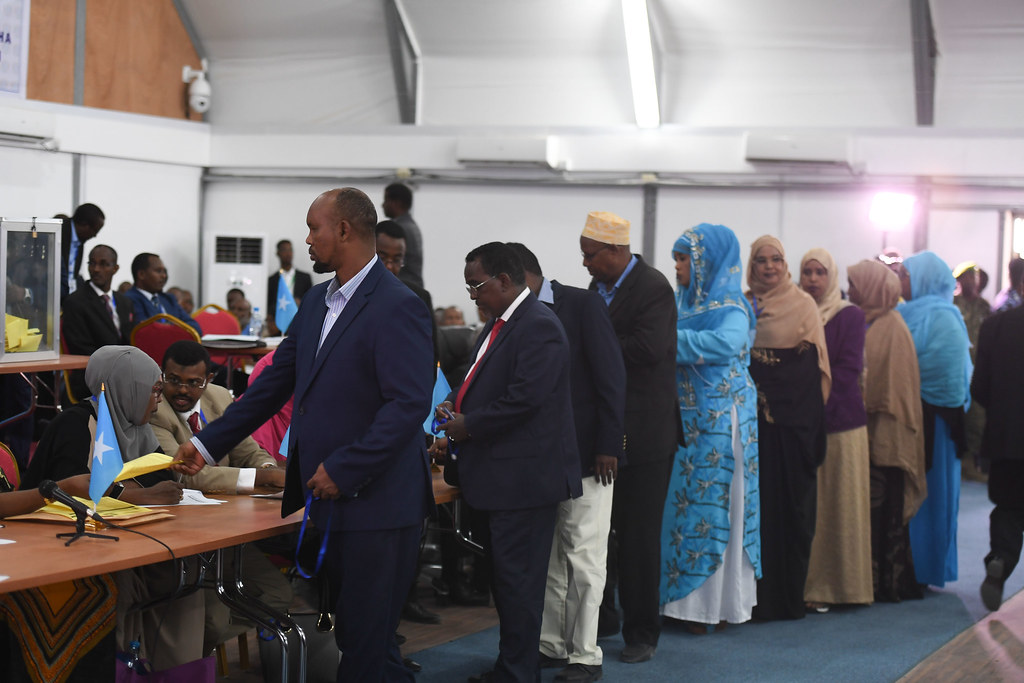 Somalia was supposed to hold an indirect presidential election on February 8, 2021, following indirect parliamentary elections in December 2020. However, the elections have been delayed, and the current president’s term has expired, leaving Somalia in a political and constitutional crisis. The parties have agreed to compete the elections by February 25, 2022, under threat of U.S. sanctions if they miss the deadline.

Although some had hoped for direct elections, it didn’t work out this time, and these elections will continue to use the clan-based delegate system to choose parliament, which will then choose the president.

Somalia faces many challenges, not the least of which is establishing a functioning state. Al-Shabab, an Al-Qaeda-backed terrorist group, continues to wage an insurgency, and has carried out attacks throughout the country. It controls large swaths of territory. However, even in territory the UN-backed government does control, it has trouble executing its policies. That is to say, in real terms, the federal government controls almost nothing outside Mogadishu. Furthermore, corruption runs rampant. In that vein, the NGO Transparency International ranks Somalia the most corrupt country in the world.

The current president is Mohamed Abdullahi Mohamed, better known by his nickname, Farmajo, a cognate to the Italian “formaggio,” apparently related to his father’s love of cheese (Somalis love nicknames and many politicians are widely known by them). A former diplomat, Farmajo became a refugee in the United States in the late 1980s, and eventually became a U.S. citizen and government employee. He has since renounced his U.S. citizenship, but his situation is not unusual in Somali politics. In fact, one third of parliament have foreign passports – as did 16 of the 24 presidential candidates in 2017.

Farmajo won in an upset in a contentious indirect election in 2017, unseating then-incumbent Hassan Sheikh Mohamud. The election was marred by extensive vote-buying and other abuses of the process. Nonetheless, Farmajo’s popularity with the younger generation and the diaspora, as well as his experience with American democracy and cross-clan support, inspired hope among many Somalis. However, many challenges remain, and some are disappointed in Farmajo’s performance.

Somalia has not held direct elections in 50 years, but the government had hoped to change that. To that end, Farmajo signed historic legislation in February 2020 enshrining direct elections for parliament. However, in August 2020, following a further delay of the elections, Farmajo brokered a deal with regional leaders that abandoned the idea of direct elections. The agreement also installed political newcomer Mohamed Hussein Roble as prime minister, following the removal of Hassan Ali Khaire, who lost a no-confidence vote partly due to his failure to present a plan for elections.

Tensions Between Mogadishu and States and Disputed State Elections

Somalia consists of five federal states (Galmudug, Hirshabelle, Jubaland, Puntland, and South West) which each have their own governments. Somalia also claims Somaliland, which operates as a de facto independent (though imperfect) democracy, with its own political system that is markedly different from Somalia.

Politics – and conflict – throughout Somalia is largely based on clans. The current parliament was chosen based on the 4.5 formula, devised in 2004, which gives equal seats in parliament to the four major clans (Darod, Dir, Hawiye, and Rahanweyn) and reserves a smaller number of additional seats for the country’s other clans. However, efforts have been made to move toward a politics based on political parties. To that end, Somalia began registering political parties in 2017 for the first time in 50 years, and there are currently more than 80 parties registered.

Farmajo is running for re-election. The current parliament is split between members who support him and those who oppose him. Farmajo founded the Tayo (“quality”) political party.

Other candidates include former president Sharif Sheikh Ahmed. In late 2019, Ahmed formed the Forum for National Parties (FNP, or Madasha Xisbiyada Qaran in Somali). Former president Mohamud, Ahmed’s one-time rival (he defeated him in the 2012 presidential election), is also part of FNP. Both are from the Hawiye clan, which dominated federal politics for along time. In contrast, Farmajo comes from the Darod clan, which has its base in the north.

Somalia did not meet the February 8, 2021 deadline for holding the presidential election. Therefore, Farmajo’s term has expired. As a result, the opposition has staged a series of protests, some of which have led to clashes.

Moreover, Farmajo and Prime Minister Mohamed Hussein Roble are in an ongoing dispute over election procedures, which has resulted in further delays and exacerbated political tensions and instability.

The international community has called on Somalia to hold the election as soon as possible and the U.S. has threatened sanctions if the country misses the February 25, 2022 deadline.

Somalia has also become another battleground for the Gulf states, with Turkey and Qatar on the one hand competing with Saudi Arabia and the United Arab Emirates (UAE) for influence and access to strategic ports. The UAE in particular has exacerbated divisions between the central government and the federal states.

Regional powers Kenya and Ethiopia also compete in Somalia. For example, Jubaland, rich in natural resources, became a flashpoint between Kenya and Ethiopia when Kenya backed incumbent Ahmed Mohamed Madobe for state president, and Ethiopia, which has grown closer to the government in Mogadishu, backed a rival. Jubaland borders Kenya, and Kenyan soldiers led the action that ousted al-Shabab from Kismayo, the state’s capital city, in 2012. Both Kenya and Ethiopia themselves have significant Somalia populations.

Rachel Chason and Omar Faruk, Washington Post (September 18, 2021): How an intelligence officer’s disappearance in Somalia has ripped the government apart

The Economist (March 13, 2021): A power grab by Somalia’s president has tipped it into crisis

Abdullahi Boru Halakhe, Al Jazeera (February 23, 2021): Why the result of Somali elections are crucial for the region

Otieno Joel. The East African (November 16, 2020): Why Somali polls are critical for the country and Horn of Africa

← Senegal Local Elections: January 23, 2022
Somaliland Presidential Election: November 13, 2022 →
By continuing to browse the site you are agreeing to our use of cookies.
Share This