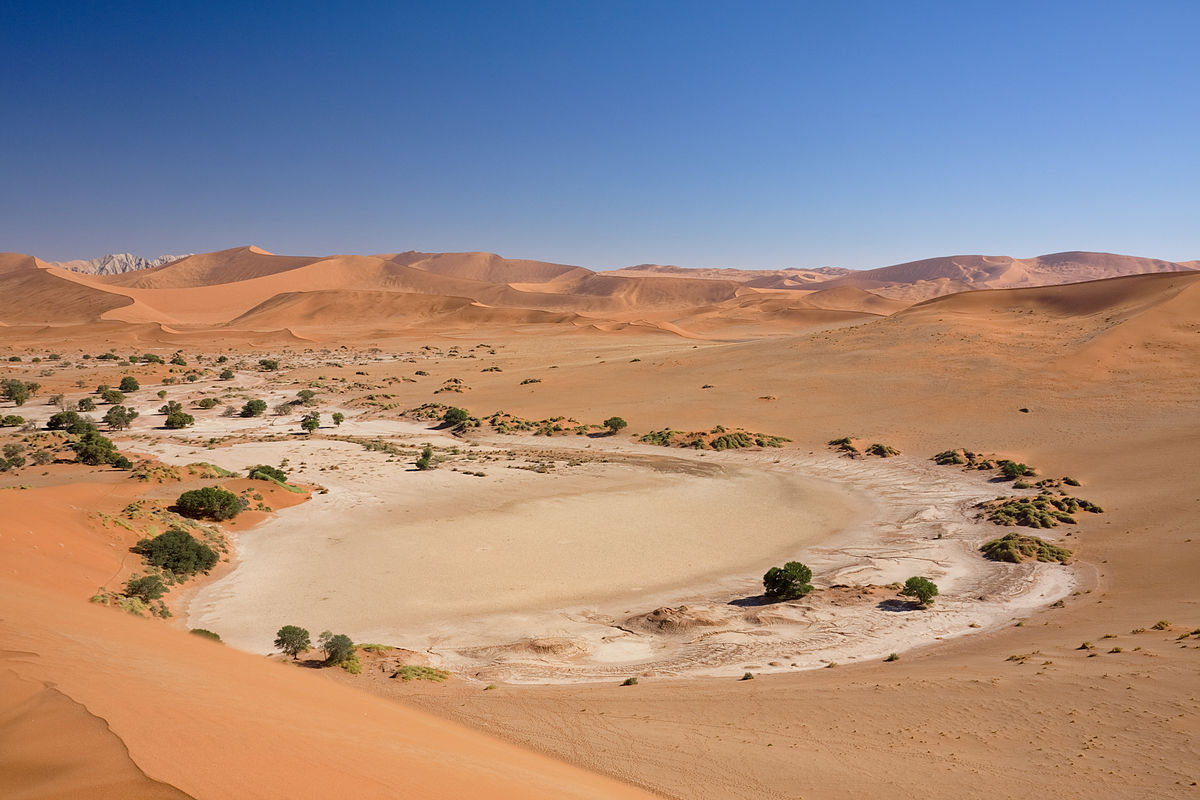 The clay pan at Sossusvlei, one of the most popular tourist attractions in Namibia. Namibia’s local elections on November 25 delivered a blow to the ruling Swapo party. Photo credit: Wikimedia/Ikiwaner (GNU FDL 1.2)

Robtel Neajai Pailey, Al Jazeera (December 1, 2020): Liberia’s Weah might be in for a rude awakening at the polls

Niger’s constitution bars incumbent Mahamadou Issoufou from running for a third presidential term, and in that vein, and in contrast to some incumbents in the region, he is standing down. His party has nominated interior minister Mohamed Bazoum to be its presidential candidate. However, the constitutional court has barred opposition leader Hama Amadou from running. More

The Central African Republic (CAR) has scheduled presidential and legislative elections for December 27, 2020. The upcoming elections are taking place in the context of a humanitarian crisis and a crisis of governance. The country has had multiparty elections since 1993, but a series of coups and instability have prevented democracy from flourishing. Meanwhile, Russia is heavily involved in the country’s politics. More

RFI (November 28, 2020 – in French): Central African Republic: the Constitutional Court rejects the candidatures of armed groups in the legislative elections

Benin is due to hold a presidential election in March 2021. Incumbent Patrice Talon will likely run for a second term, and he could be the only candidate on the ballot. Previously a model democracy in the region,  Benin has seen democratic decline since Talon’s election in 2016. More

In December 2016, The Gambia began a remarkable transition to democracy. Citizens removed dictator Yahya Jammeh – who had come to power in a coup and ruled for 22 years – peacefully, via the ballot box, in a surprising result. Opposition candidate Adama Barrow won the presidency with the backing of a coalition of seven opposition parties. The country then began the process of establishing democracy and recovering from Jammeh’s brutal dictatorship.

Angola is due to hold its first-ever local elections in 2020. However, the elections have already been delayed multiple times (most recently in September 2020), and no date has been set. Meanwhile, COVID-19 provides an excuse for additional delays. In short, it is unclear when – or whether – the local elections will actually happen. Moreover, the country has never held free elections, and the People’s Movement for the Liberation of Angola (MPLA), a former armed group, has ruled since independence in 1976. More

Mukuta Bun, Voice of America (November 26, 2020 – in Portuguese): João Lourenço does not promise local elections in 2021 and hears criticism from activists

Namibia held local and regional elections on November 25, 2020. Namibia is a free, stable democracy, but since independence from South Africa in 1990, Namibian politics have been dominated by the socialist Swapo, an independence movement-turned-political party. Swapo took a hit in these elections, losing control of the city council in the capital, Windhoek, and other cities. More

Swapo has been displaced as the major political power player at key economic hubs such as Walvis Bay, Windhoek and Swakopmund, and in the Zambezi region and the south of Namibia in this week's regional and local elections. More in today's edition. pic.twitter.com/avcTYtblTu

Vincent Duhem, The Africa Report (November 30, 2020): Côte d’Ivoire: What Ouattara has in store for his third term

← Americas This Week: November 28, 2020
Middle East This Week: December 1, 2020 →
By continuing to browse the site you are agreeing to our use of cookies.
Share This