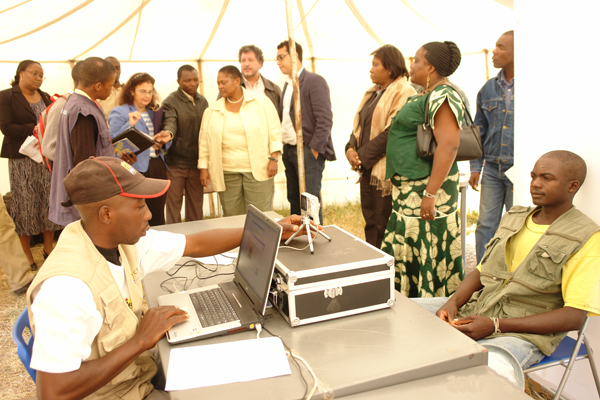 Angola holds presidential and legislative elections in August 2022. In addition, the first-ever are overdue and have been delayed multiple times and no date has been set.

Angola has never held free or fair elections. The People’s Movement for the Liberation of Angola (MPLA), a former armed group, has ruled Angola since 1976, when the country became independent from Portugal.

For 38 years, the MPLA’s José Eduardo Dos Santos ruled Angola with an iron fist, and moreover, his regime engaged in rampant corruption. Dos Santos became president in 1979 following the death of MPLA founder António Agostinho. In 2017, he stepped down, and his designated successor, defense minister João Lourenço (known to Angolans as “JLo”), subsequently won the presidency following the MPLA’s win. The 2017 elections saw widespread intimidation of the opposition, in addition to reports of electoral fraud.

Nonetheless, MPLA’s vote share has been steadily decreasing with each successive election: it received 81 percent of the vote in 2008, 72 percent in 2012, and 61 percent in 2017. For the upcoming elections, the three main opposition parties will back a single presidential candidate.

Since taking power, Lourenço has enacted some reforms and sought to curtail the country’s pervasive corruption. In that vein, he has compared himself to Deng Xiaoping, Mao Zedong’s successor, who began China’s process of reform and opening but was no democrat. Likewise, many analysts believe that Lourenço’s reasons for enacting reforms have more to do with remaining in power than any genuine commitment to opening up Angola’s political space.

From independence until 1992, the MPLA was the only political party, but in 1992, following talks between the government and UNITA leader Jonas Savimbi, Angola held its first multi-party elections, which the MPLA won. Violence surrounded the process. Angola did not hold another election until 2008 – the first elections since the end of the civil war. The MPLA again won the elections (which were neither free nor fair).

The Delayed Local Elections in Angola

Angola’s first-ever local elections have already been delayed multiple times and no date has been set. The government announced yet another indefinite delay in September 2020. Some believe that the reason has to do with concerns about the opposition making gains.

The 2022 National Elections in Angola

Angola is due to hold its next national elections in 2022. Voters will elect all 220 members of the unicameral National Assembly by closed party list. Because Angola’s 2010 constitution abolished direct elections for president, the leader of the party with the most votes in the legislative elections automatically becomes president.

Lourenço is eligible for a second and final term. To combat his party’s declining popularity, Lourenço has touted an anti-corruption campaign, even going after members of the Dos Santos family, who had previously been untouchable. Meanwhile, the three main opposition parties have formed a coalition called United Patriotic Front (FPU), which will field a single presidential candidate: UNITA leader Adalberto Costa Junior. The political climate remains tense.

Both the MPLA and the main opposition party, UNITA, grew out of armed groups that fought together in the Angolan War of Independence from 1961 to 1974, and against one another in the Angolan Civil War from 1975 to 2002. The war was brutal, and became a proxy battle in the Cold War, with the Soviet Union backing the nominally-Marxist MPLA and the United States and South Africa backing UNITA.

Angola is one of the biggest oil producers in Africa; indeed, after the civil war, the country saw an oil-fueled boom (although the boom failed to lift most Angolans out of poverty). However, COVID-19 has stalled oil exploration.

Albano Agostinho Troco, The Conversation (August 24, 2020): Why COVID-19 can’t be blamed for Angola’s failure to have local governance

← Burkina Faso Local Elections: May 2021 (due – delays possible)
Benin Presidential Election: April 11, 2021 →
By continuing to browse the site you are agreeing to our use of cookies.
Share This