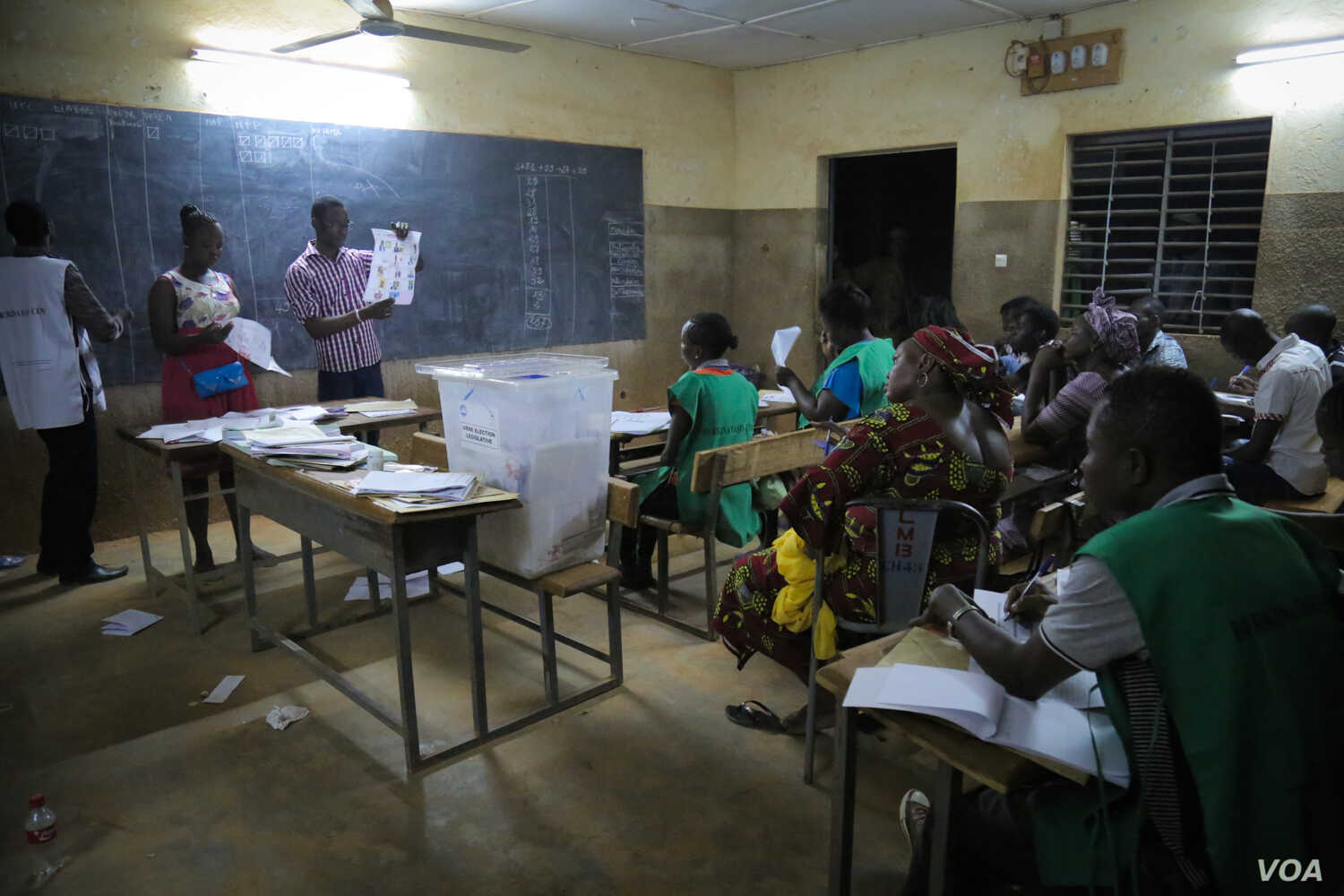 Burkina Faso is due to hold municipal elections in May 2021. However, the government has signaled they will be postponed. These follow presidential and parliamentary elections that took place on November 22, 2020. President Roch Marc Christian Kabore won re-election and his allies kept control of parliament.

The 2020 elections took place in the context of a growing security crisis as well as political uncertainty as the country’s democrats seek to consolidate the young, fragile democracy.

Burkina Faso’s 2015 presidential and legislative elections – described as the most competitive in the history of the country – followed the collapse of the 27-year rule of Blaise Compaoré. Compaoré and his Congress for Democracy and Progress (CDP) dominated the country’s politics following a 1987 coup that ousted his former friend and Marxist firebrand Thomas Sankara.

Compaoré subsequently won a series of elections and remained president; however, in 2015, when he sought to change the electoral rules so he could run again in 2015, a large portion of his party abandoned him. Former prime minister Roch Marc Christian Kaboré and nearly 75 MPs broke off from CDP to form the People’s Movement for Progress (MPP), which worked closely with the opposition Union for Progress and Change (UPC) to prevent the constitutional change. Civil society-led protests subsequently forced Compaoré to resign before the end of his term. Although his presidential guard attempted a coup, it failed, and a military and then a transitional civilian government ran the country until the elections one year later.

Burkina Faso’s 2015 Elections: Most Competitive in the History of the Country

Nearly 100 political parties participated in the 2015 parliamentary elections and 14 won seats in parliament. However, politics tend to be based on personality rather than party or ideology.

The three biggest parties following the election are Kaboré’s MPP, UPC, and Compaoré’s CDP, in that order. Kaboré won the presidency in the first round with 53 percent of the vote, and MPP won 55 of the 127 seats in the National Assembly, falling short of a majority. UPC’s Zéphirin Diabré, who had been campaigning for political change in the country since 2010, took second place and his party won the second-highest number of parliamentary seats (33 seats).

Meanwhile, CDP, despite being prevented from fielding a presidential candidate, managed to come in third in the legislative elections, winning 18 seats. Compaoré  himself currently lives in exile in Cote d’Ivoire and faces murder charges in Burkina Faso, but apparently aspires to return home.

The reform process continues. Burkina Faso’s democrats face many challenges, including corruption and the constant threat of terrorism. Consequently, an overdue constitutional referendum on presidential term limits has been postponed due to security concerns. Nevertheless, Burkinabé civil society and media maintain a strong commitment to democracy.

The 2020 Elections in Burkina Faso

Kaboré won a second term in 2020, defeating a number of challengers. The opposition was somewhat united ahead of the vote – a group of eight candidates and 22 opposition parties signed an agreement that they will all back whichever opposition candidate advances to the second round. However, Kabore won in the first round, with 57.9 percent of the vote. Zéphirin Diabré, the 2015 runner-up and main opposition leader, placed second, with 15.5 percent of the vote, and Eddie Komboïgo will be the candidate from Compaoré’s CDP placed third with 12.5 percent.

Security Situation Preventing Many From Voting

The major parties changed the rules to allow the results to be valid even if turnout is extremely low, or even if large areas of the country are unable to vote due to the security situation. As one would expect, the question of how to combat terrorism is playing a major role in the campaign.

Henry Wilkins at Al Jazeera notes: “Wracked by a worsening conflict pitting government forces and international troops against various armed groups linked to ISIL and al-Qaeda, the country’s government ruled it unsafe for registration to take place in 17.4 percent of its electoral communes. As a result, more than 400,000 people were unable to register for the November 22 vote.”

Due to the security situation, the May 2021 municipal elections could be postponed.

Since 2016, Burkina Faso’s security situation has deteriorated. The country now faces near-daily terrorist attacks from Al-Qaeda and the Islamic State, as well as from domestic armed criminal groups, leaving over 1,000 people dead and nearly a million people displaced. Analyst Joe Penney says that Burkina Faso has replaced Mali as the “epicenter of the Sahel’s security crisis.” Six of the country’s 13 regions are in a state of emergency.

LeFaso (February 24, 2021 – in French): The Government plans to postpone the polls according to Prime Minister Christophe Dabiré

Bryan J. Peterson, African Arguments (November 20, 2020): Elections will be tricky, but Burkina Faso has an even bigger problem

TV5Monde (October 28, 2020 – in French): Presidential election in Burkina Faso: 13 candidates and a ‘pact of good conduct’

Nick Turse, New York Times (October 15, 2020): How One of the Most Stable Nations in West Africa Descended Into Mayhem

The Economist (September 3, 2020): Burkina Faso says its poll will be valid, whatever the turnout

← Central African Republic Local Elections: September 2022 (proposed – long overdue – additional delays possible)
Angola Presidential and Legislative Elections: August 2022 →
By continuing to browse the site you are agreeing to our use of cookies.
Share This