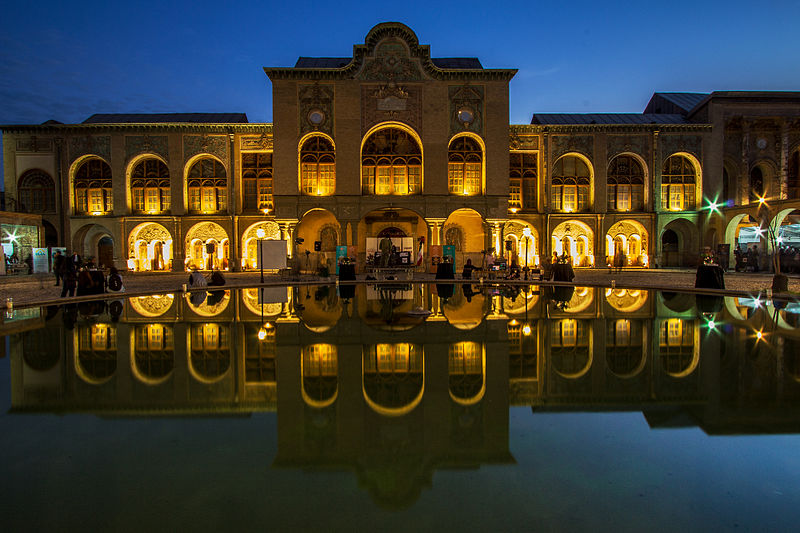 Masoudieh Palace in Tehran. Iran holds its presidential election this month, although many candidates have been barred from the ballot. Photo credit: Wikimedia/Kiantavakoli (CC BY-SA 4.0)

Abdelkader Cheref, The New Arab (May 26, 2021): Algeria’s Hirak movement returns in force ahead of elections

Good mapping of the islamist political scene in #Algeria ahead of legislative elections on 12 June. by @ricfabiani https://t.co/fyWFMizMCU

Najmeh Bozorgmehr, Financial Times (May 31, 2021): ‘Freedom is not a western commodity’: Inside Iranian reformers’ battle for change

Ian Bremmer, Time (May 29, 2021): Who Will Be Iran’s Next President and What Does It Mean for the Region

Stratfor (May 27, 2021): Protests Back Iraq’s New Government Into a Corner

Al Jazeera (May 29, 2021): Will Libya commander Haftar run in December’s election? The renegade military commander is holding rallies and polishing his image ahead of polls, according to Libya observers.

Lebanon Parliamentary Elections: May 2022 (due

Salma Abdelaziz, CNN (May 28, 2021): ‘Mafias’ and ‘militias’ have brought Lebanon to its knees, activists say

Ghaith al-Omari, World Politics Review (May 27, 2021): Palestinian Politics Are More Divided Than Ever

Ali Aljasem, The Conversation (May 28, 2021): Syrian election: Bashar al-Assad wins with 95% of votes as world watches in disbelief

Yair Lapid from the centrist Yesh Atid is currently trying to form a coalition, but a fifth election remains a possibility. More

Miriam Berger, Washington Post (June 1, 2021): What to know about Naftali Bennett, the Israeli politician who could succeed Benjamin Netanyahu