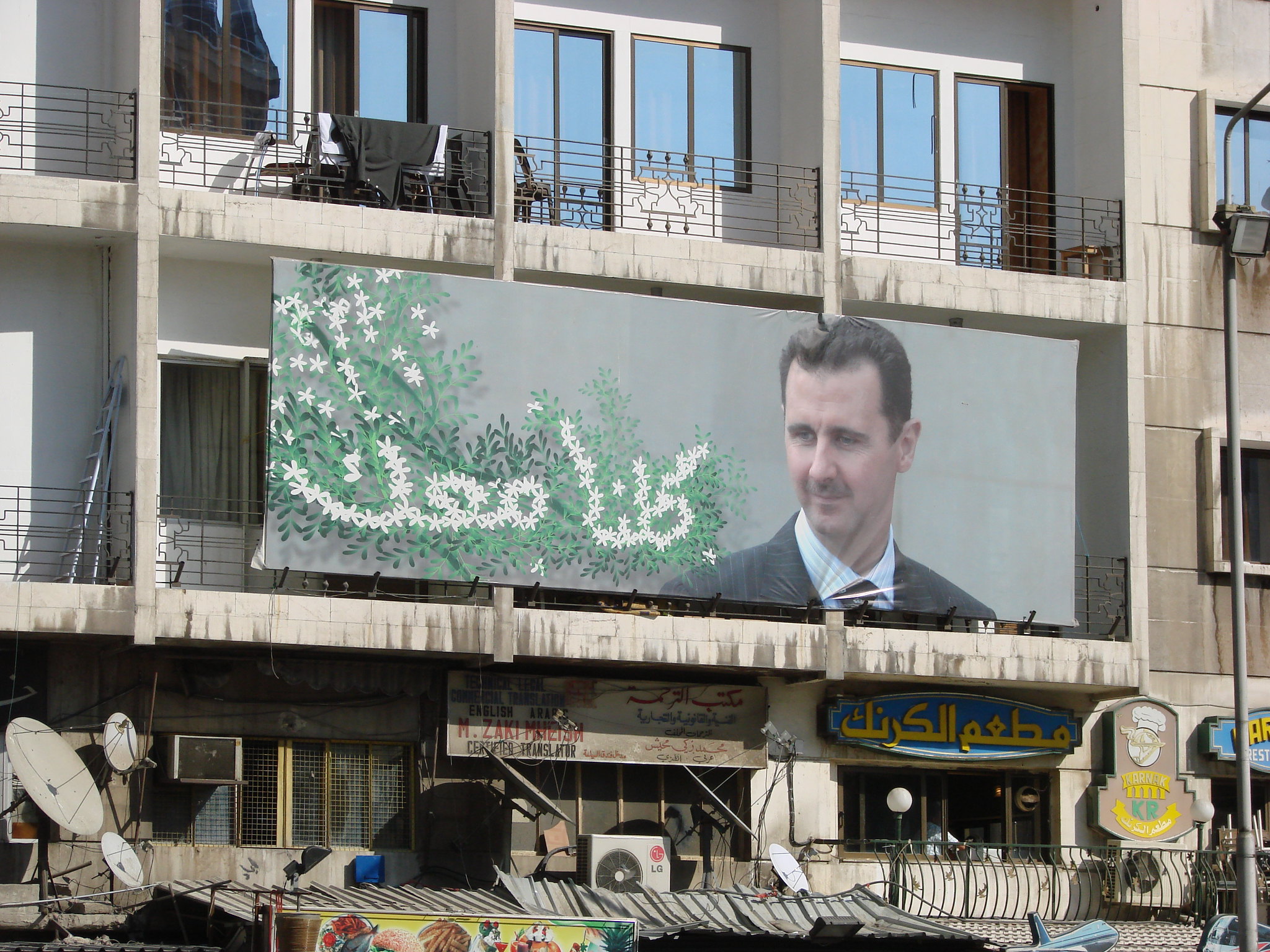 A propaganda poster featuring Syrian strongman Bashar al-Assad. Elections in Syria are widely considered to be a sham. Photo credit: Flickr/Watchsmart (CC BY 2.0)

The election comes in the context of Syria’s ongoing civil war and humanitarian crisis. Elections under the regime of Bashar al-Assad are widely considered to be a sham. Assad has been in power since 2000 after succeeding his father, Hafez al-Assad, who came to power in 1970.

Syria’s constitutional court has approved two other candidates to appear on the ballot alongside Assad: former deputy cabinet minister Abdallah Saloum Abdallah and Mahmoud Ahmed Marei, who runs an officially-sanctioned opposition party. Neither figure is well known. A total of 51 candidates applied to run, including one woman, Faten Ali Nahar, who was was the first female potential candidate to apply to run for president, but her candidacy was rejected. A 10-year residency requirement excluded any actual opposition activists who had spent time abroad from running.

Syrian opposition groups have urged the international community to reject the elections.

Assad’s Ba’ath Party dominated the 2020 parliamentary elections, which the opposition boycotted and rejected.

A number of international powers are involved in Syria’s civil war. Dr. Anna Borshchevskaya notes: “Syria is the epicenter of Kremlin activity, which Putin uses as a springboard to project power throughout the region and Europe and Africa. Nothing makes as clear a statement about Moscow’s interests as the recent unveiling of a monument to the patron saint of the Russian army, Prince Alexander Nevsky, at the Russian Khmeimim airbase in Syria. This demonstrates Russian commitment on a symbolic as well as practical level.”

Reuters (May 3, 2021): Syrian court selects two candidates to appear on ballot against Assad

Anna Borshchevskaya, Raed Wajeeh, Daniel Rakov, and Li-Chen Sim, April 21, 2021: Russia in the Middle East: A source of stability or a pot-stirrer?

Liz Sly, Washington Post (March 4, 2021): He told the world about his brutal torture in Syria. Then, mysteriously, he went back.

Diana Rahima, Enab Baladi (February 24, 2021): Would Syrians never have an Alexei Navalny of their own?

The Economist (September 26, 2020): Victory for Bashar al-Assad has meant more suffering for his people

← Africa This Week: February 15, 2021
Croatia Local Elections: May 16, 2021 →
By continuing to browse the site you are agreeing to our use of cookies.
Share This