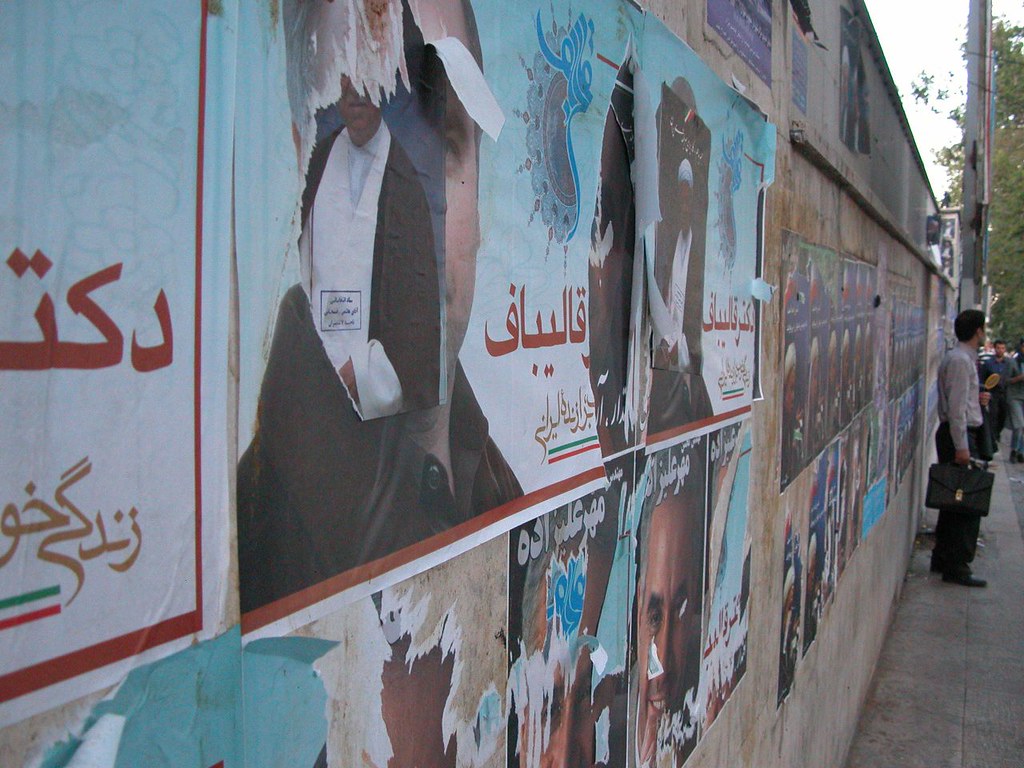 Iran has scheduled its next presidential election for June 18, 2021, with concurrent local elections.

Since 1979, when revolutionaries removed the Shah and installed the ayatollahs, Iran has been a theocracy that suppresses dissent and manipulates elections. The country’s elected institutions – parliament and the presidency – have less power than the unelected Supreme Leader and other unelected institutions. In that vein, all potential candidates for elected office must obtain approval from the Guardian Council of clerics, which habitually rejects a large number of applicants.

Nonetheless, Iran holds regular elections. The most recent, the 2020 legislative elections, took place in the context of increased tension with the United States, plus anti-government protests, followed by a brutal crackdown, plus the outbreak of COVID-19. Consequently, the regime rigged these elections even more than usual, with more than half of the people who applied to be candidates rejected (including 90 incumbents). Thus turnout, at 42 percent, was the lowest in the history of the Islamic Republic. The hardliners won the most seats, in a potential reversal of the 2016 elections, in which supposed reformers prevailed.

Despite the regime’s heavy hand, activists continue to advocate for democracy in Iran. For instance, in 2009, the pro-democracy Green Movement protested the obviously-rigged re-election of hardline president Mahmoud Ahmadinejad. Millions of Iranians took to the streets in defiance of the security services. However, by 2011, the regime had crushed the movement and put its leaders under house arrest, where they remain to this day.

Nonetheless, since 2017, Iran has been seeing increased protest against the regime. In addition to large demonstrations, groups use a variety of protest methods. For example, My Stealthy Freedom protests the mandatory hijab rule with its #WhiteWednesdays, in which women post photographs of themselves without headscarves. Its participants continue to defy the regime even under the threat of lengthy prison sentences.

Some posit that public trust in the regime is collapsing due to corruption and poor economic performance.

Iran’s current president, Hassan Rouhani, characterized as a reformer, first won election in 2013, and won re-election in 2017. Due to term limits, he cannot run again in 2020.

A number of potential candidates could replace him, including a number who come from the powerful Islamic Revolutionary Guard Corps (IRGC) – all considered hardliners. Former defense minister Hossein Dehghan was the first person to declare his candidacy. Others include former commander Mohsen Rezaei, former oil minister Rostam Ghasemi, and former Tehran mayor Mohammad Bagher Qalibaf. Also, Saeed Mohammad, the relatively-young head of Khatam Al-Anbiya Construction Headquarters (KAA), IRGC’s engineering firm that is under U.S. sanctions, has been discussed.

Consequently, state news agency IRNA called this year’s field “the longest-ever list (of potential candidates) in a presidential election with a military background.”

There are several non-IRGC hardliners considering a run, including former parliament speaker Ali Larijani and judiciary chief Ebrahim Raisi, one of the candidates who lost to Rouhani in 2017 who has since led a popular anti-corruption push.

In addition, foreign minister Mohammad Javad Zarif, considered a reformist, is also a potential candidate. A recently-leaked tape revealed him criticizing the IRGC.

The Guardian Council will decide who is and is not allowed to run (it has already effectively barred several potential candidates), and has said it will announce the final list on May 27.

Tensions between Iran and the United States have been escalating since May 2018. As a result, much of the debate within Iranian politics has centered on to what extent – and whether – to re-engage with the United States following Joe Biden’s win.

Thomas O. Falk, The New Arab (May 10, 2021): How the ‘Zarifgate tapes’ exposed Iran’s bitter power struggle ahead of decisive elections

Golnaz Esfandiari, RFE/RL (March 11, 2021): Amid Nuclear Standoff, Who’s In The Running To Take The Reins In Iran?

Dominic Dudley, Forbes (February 24, 2021): Iran’s Next President Is Almost Certain To Be A Hardliner, Making Biden’s Outreach To Tehran Tougher

← Liberia Senate Elections: December 8, 2020
Georgia Parliamentary Election Runoffs: November 21, 2020 →
By continuing to browse the site you are agreeing to our use of cookies.
Share This