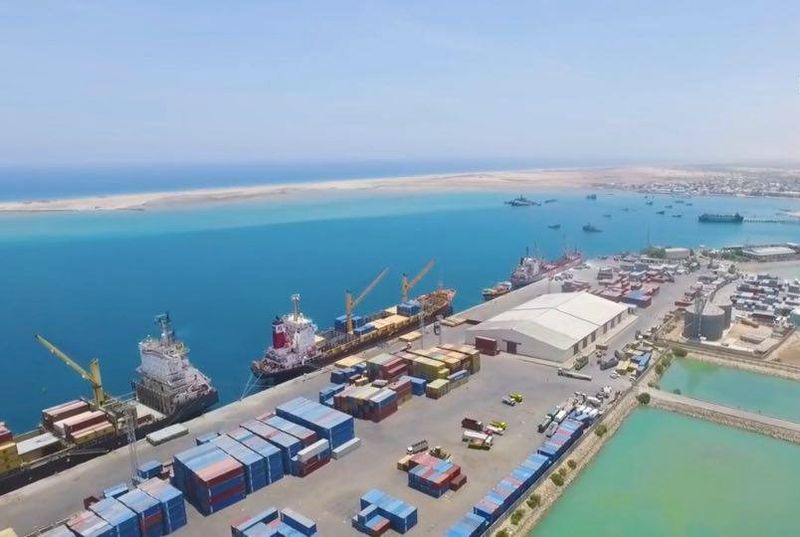 The Berbera Port in Somaliland, located strategically on the Gulf of Aden. Somaliland is holding parliamentary and local elections on May 31. Photo credit: Wikimedia/Lakm00 (CC BY-SA 4.0)

Somaliland holds its long-overdue parliamentary and local elections for May 31, 2021. Somaliland has de facto but not internationally-recognized independence from Somalia, and has a much more developed democracy, with direct elections.

The first ever combined parliamentarian and local council elections in Somaliland has concluded successfully and peacefully. A tremendous amount of civilians showed up to vote for their future representatives. #SomalilandElections2021 pic.twitter.com/fBwksvZ7lo

Benedict Brook, New Zealand Herald (May 31, 2021): Independent but unrecognised nation of Somaliland heads to the polls

Peter Fabricius, Daily Maverick (May 30, 2021): Somaliland: The little country that could — if only the world would let it

Ronald Lwere Kato, Africanews (May 31, 2021): Why are protestors in Ethiopia and Mali waving Russian flags?

Lynsey Addario and Rachel Hartigan, National Geographic (May 28, 2021): A grave humanitarian crisis is unfolding in Ethiopia. ‘I never saw hell before, but now I have.’

Antony Sguazzin, Bloomberg (May 28, 2021): Next Africa: Ethiopia’s Fall From Africa’s Darling to Pariah

Editorial Board, Financial Times (May 27, 2021): US is right to impose sanctions on Ethiopia: Abiy must stop the violence in Tigray and expel Eritrean troops as a first step

While the United States and the EU threatened sanctions, some analysts believe that the delay could pave the way for direct elections. However, critics dismiss this idea as a ruse to justify Farmaajo’s extension of his term. On May 27, the parties reached a deal to hold indirect elections within 60 days, so it looks like they will take place this summer. More

Eunice Stoltz, Khaya Koko, and Lizeka Tandwa, Mail and Guardian (May 30, 2021): What does Covid-19 alert level 2 mean for elections, movement and gatherings

The Economist (May 30, 2021): An ex-president is on trial, but graft still blights South Africa

John Campbell and Robert I. Rotberg, Foreign Affairs (May 31, 2021): The Giant of Africa Is Failing: Only Nigeria Can Save Itself—but the United States Can Help

IEC Deployment of registration staff to their various centers for the 2021 voter registration pic.twitter.com/KLgt7bSyiv

Maïa de la Baume, Politico (May 30, 2021): Macron: France will pull troops out if Mali slides into ‘radical islamism’: France has 5,000 troops in the region to counter jihadists

Peter Muiruri, The Guardian (May 27, 2021): Kenya’s high court overturns president’s bid to amend constitution: Judges rule that Uhuru Kenyatta, who claimed BBI plan was to end country’s cycle of post-election violence, overstepped his authority and can be sued

The Republic of the Congo (sometimes called Congo-Brazzaville) held a presidential election on March 20, 2021. Denis Sassou Nguesso, who has been president almost continuously since 1979 and rules with an iron fist, won re-election. Elections have not been free or fair. More

RFI (May 31, 2021): Provisional results of legislative elections in the Central African Republic: relative majority for the party in power

Sebastian Shukla, CNN (May 28, 2021): Russian mercenaries get the big-screen treatment. The reality behind the film is as murky as the plot

Liam Taylor and Derrick Wandera, African Arguments (May 25, 2021): Mass abductions in Uganda: What we know and don’t know

Alfred Zacharia, The Citizen Tanzania (May 31, 2021): New dawn for parties after five years in political oblivion

The DRC’s December 2018 presidential and legislative elections, which took place after multiple delays, were mired in controversy and dispute. The election commission declared opposition leader Félix Tshisekedi the winner of the presidential poll, but the Catholic Church, which deployed 40,000 election observers and is a highly trusted institution in the country, said that their data indicated a victory for another opposition leader, Martin Fayulu.

John Campbell and Nolan Quinn, Council on Foreign Relations (May 26, 2021): What’s Happening to Democracy in Africa?