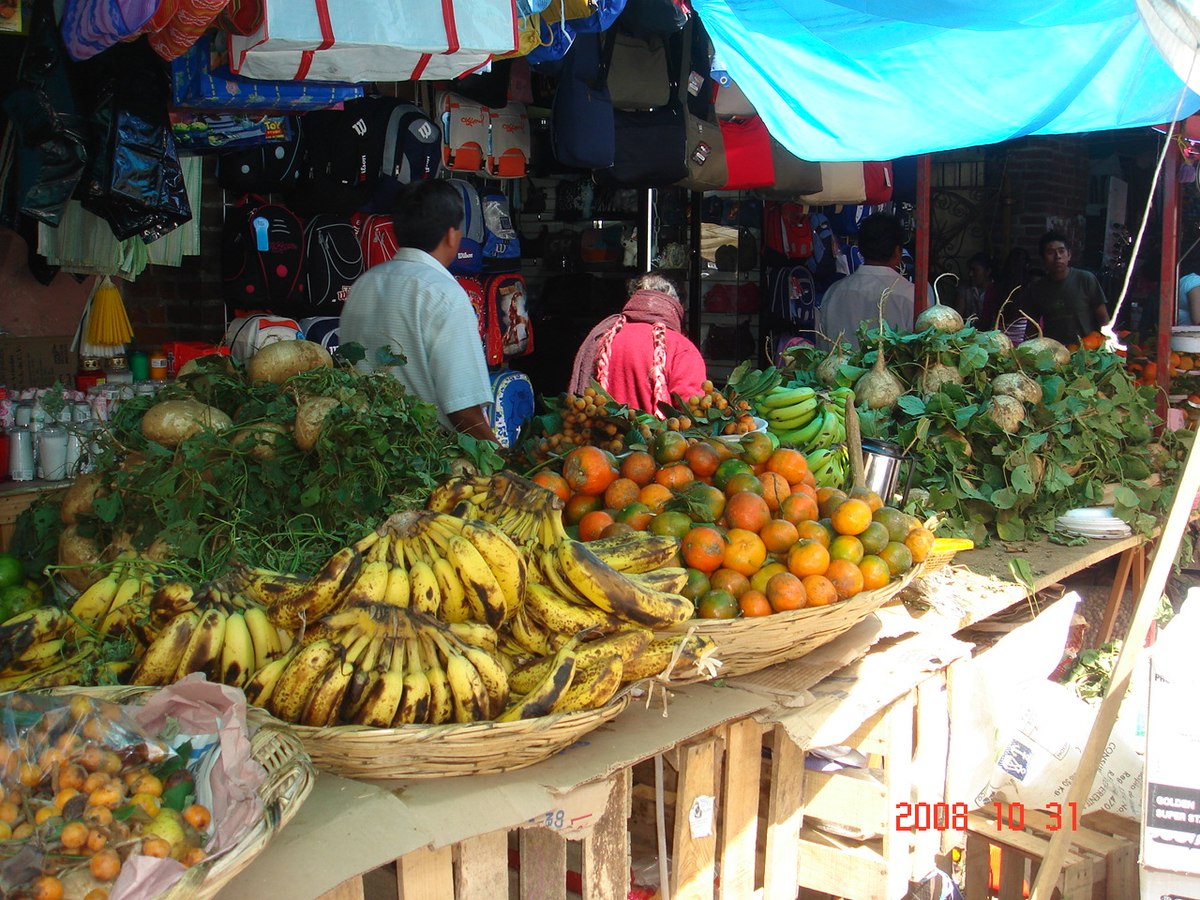 A market in Oaxaca, Mexico. Mexico holds high-stakes midterms on June 6, with over 21,000 offices – plus AMLO’s plans to transform the country – on the ballot. Photo credit: Wikimedia/Reforma.imufomot (public domain)

The presidential runoff will pit self-described Marxist Pedro Castillo against right-wing populist Keiko Fujimori, daughter of former president Alberto Fujimori, who is currently in prison for various crimes (Keiko is also currently facing criminal charges). Castillo came out of nowhere to win the first round. However, none of the 18 candidates received more votes than the number of blank ballots cast – a sign of voters’ deep frustration.  More

Gonzalo Torrico, Worldcrunch (May 31, 2021): China’s Future Gateway To Latin America Is A Mega-Port In Peru

Andres Oppenheimer, Miami Herald (May 26, 2021): Party of Peru’s leading presidential candidate is Marxist — and wants to nationalize everything

Mexico holds high-stakes midterm legislative elections, as well as gubernatorial elections in 15 of Mexico’s 31 states, and local elections, on June 6, 2021. In total, more than 21,000 offices are at stake – the biggest elections in Mexico’s history.

These elections will be a key test for left-wing populist firebrand Andrés Manuel López Obrador (frequently called AMLO) ahead of the 2024 presidential election. AMLO, who has been governing in an increasingly authoritarian manner, wants to transform Mexico by jettisoning the market economy. If he is to succeed, his MORENA party will need to win a super-majority in the legislature.

Can't overestimate the importance of this week's midterm elections in Mexico.

AMLO's whole political project hangs in the balance — his social programs and efforts to roll back the free-market policies of his predecessors, democratic norms be damned.https://t.co/KZVWL4vkbN

Natalie Gallón and Matt Rivers, CNN (May 30, 2021): At least 88 politicians have been killed in Mexico since September

Reuters (May 26, 2021): Mexican president seen holding on to lower house in election – poll

Saint Lucia, Saint Lucia, a democracy with competitive elections and regular transfers of power, is constitutionally required to hold parliamentary elections by October 12, 2021. Traditionally, elections are held on the fifth anniversary of the previous elections, which in this case would have been June 6, 2021. However, the elections are delayed a bit due to concerns about COVID-19. July 5 has been proposed as the date, but it could change. More

Haiti plans to hold a constitutional referendum on June 27, although the United States has raised concerns that it would just cause more political turmoil while helping President Jovenel Moise consolidate power. The opposition has called for protests against the referendum, which it deems unconstitutional, and a boycott. More

Editorial Board, Miami Herald (May 29, 2021): Stop pushing for elections in Haiti, President Biden. They will only make things worse

Jacqueline Charles, Miami Herald (May 26, 2021): Can the OAS help break the political impasse in Haiti? A mission will soon visit

Dánae Vílchez, Washington Post (May 31, 2021 – in Spanish): The hunt against opponents and journalists grows in Nicaragua. The international community must act.

The Economist (May 29, 2021): An electoral surprise in Chile may produce a left-wing constitution

The Economist (May 31, 2021): Venezuela’s strongman wants to improve relations with the United States: Nicolás Maduro might even go easier on the opposition in exchange

Dave Lawler, Axios (May 27, 2021): Colombia’s protests rumble on into their second month

Alvaro Marañon, Lawfare (May 28, 2021): How Have Information Operations Affected the Integrity of Democratic Elections in Latin America?