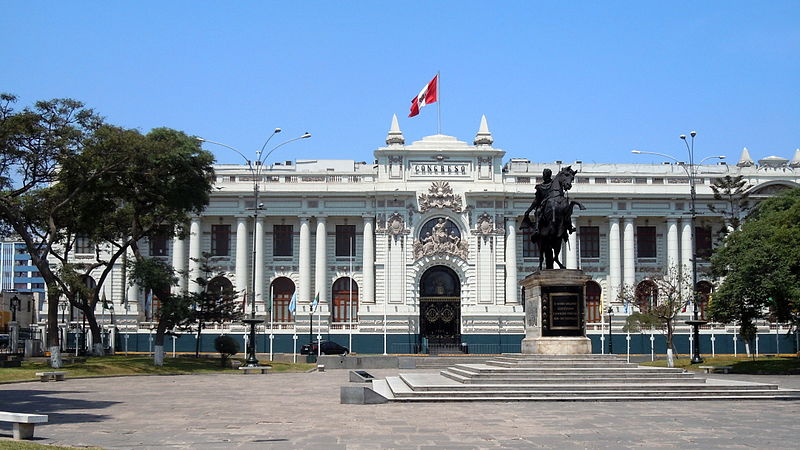 The Congress building in Lima, Peru. The next general elections in Peru will take place on April 11, 2021. Photo credit: Wikimedia/Protontorniyo (CC BY-SA 3.0)

Peru has scheduled general elections for April 11, 2021. Voters will elect a president, all 130 members of the unicameral Congress, and 15 regional governors.

These elections are coming on the heels of snap legislative elections that took place on January 26, 2020, and in the context of political turmoil and an economic crisis brought on by COVID-19.

For background: On September 30, President Martín Vizcarra dissolved Congress, calling for snap elections. The last time this happened was in 1992, under President Alberto Fujimori, who then instituted almost a decade of authoritarian rule. Fujimori is now in jail for human rights abuses. However, many Peruvians credit him with laying the groundwork for economic growth and marginalizing terrorist groups such as the communist Shining Path, which was itself responsible for widespread atrocities (such as routinely hacking people to death with machetes).

Vizcarra took office in March 2018 following the resignation of Pedro Pablo Kuczynski, widely called PPK, who faced impeachment. Kuczynski, a well-respected economist, had defeated Fujimori’s daughter, Keiko Fujimori, in the 2016 presidential election. His party, Peruvians for Change (Peruanos Por el Kambio, or PPK – the party deliberately misspelled “Cambio” so that its acronym would be the same as its leader’s initials), won 18 out of 130 seats, but Fujimori’s right-wing populist Popular Force (Fuerza Popular) won the most seats with 71. However, the Fujimorists took a hit in the snap 2020 elections, losing seats.

But although the current crisis might be calming down, Peru has institutional challenges to stable democracy. In short, Peruvian politics are fractious. Political parties are weak and unstable. Corruption remains an ongoing problem, and the COVID-19 pandemic and resulting economic crisis have only exacerbated the situation.

Patricio Navia, Americas Quarterly (November 16, 2020): Peru’s Problem Is Bigger Than Not Having a President

← Honduras General Elections: November 2021 (due)
Saint Lucia Parliamentary Elections: By June 2021 →
By continuing to browse the site you are agreeing to our use of cookies.
Share This