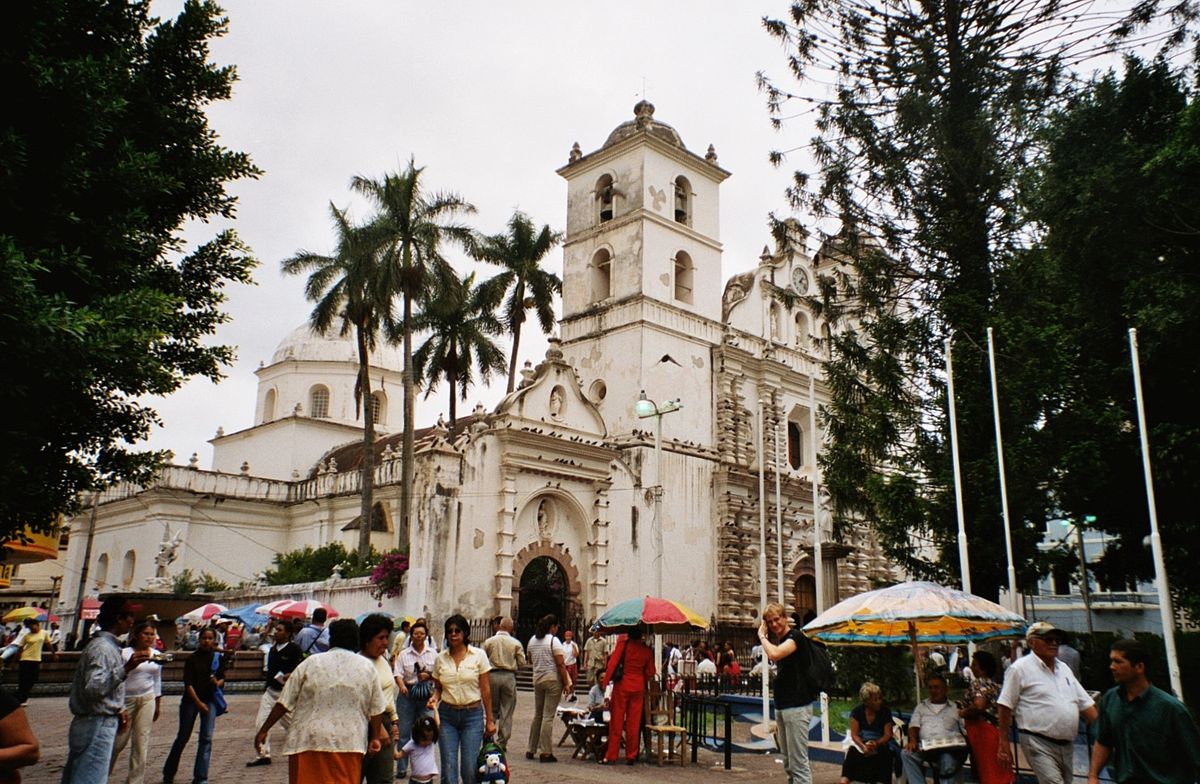 The cathedral in Tegucigalpa, Honduras. The next elections in Honduras are due in November 2021. Photo credit: Wikimedia/Stefan Zeugner (public domain)

Honduras is due to hold general elections in November 2021. Voters will elect the president and legislature, as well as mayors and members of the Central American Parliament. Primaries are scheduled for March 14, 2021.

Honduras’s upcoming elections are taking place in the context of polarization and a crisis of legitimacy sparked in part by increasing authoritarianism.

For background: Honduras began its transition to democracy in the 1980s, following the end of military rule in 1982. For most of that time, there were two dominant political parties: the center-right National Party and the center-left Liberal Party. The parties alternated stints in power.

In 2005, José Manuel “Mel” Zelaya of the Liberal Party won the presidency. However, in office, Zelaya shifted toward the left. For example, under his rule, Honduras joined the Hugo Chávez-founded Bolivarian Alliance for the Peoples of Our America (ALBA) alliance of socialist governments (although it has subsequently left).

Zelaya sought to run for a second term in the 2009 elections – something that was not at the time permitted under Honduran law. Consequently, the Honduran military removed Zelaya from office on an arrest warrant from the Supreme Court, an action many have characterized as a coup.

After that, the country held elections as scheduled in 2009, which the National Party’s candidate, Porfirio “Pepe” Lobo Sosa, won decisively. In addition, the Liberal Party lost a lot of seats in the legislature. While some alleged vote fraud, international observers found the elections to be mostly credible.

The 2017 Elections in Honduras and Subsequent Political Crisis

The National Party has won the last several sets of presidential elections. The current president, Juan Orlando Hernández, defeated Zelaya’s wife, Xiomara Castro, in the 2013 election. His bid for re-election in 2017 sparked a political crisis.

The 2021 Elections in Honduras

The 2021 elections in Honduras are taking place in the context of polarization. The National Party is likely to be united, while the opposition is currently fragmented. However, there have been protests – some violent – calling for Hernández’s removal.

Ricardo González, Washington Post (May 9, 2019): The democratic crisis in Honduras has reached a boiling point

← Haiti Legislative and Local Elections: Overdue and Presidential Election: Due by November 2021 (delays possible)
Peru General Elections: April 11, 2021 →
By continuing to browse the site you are agreeing to our use of cookies.
Share This