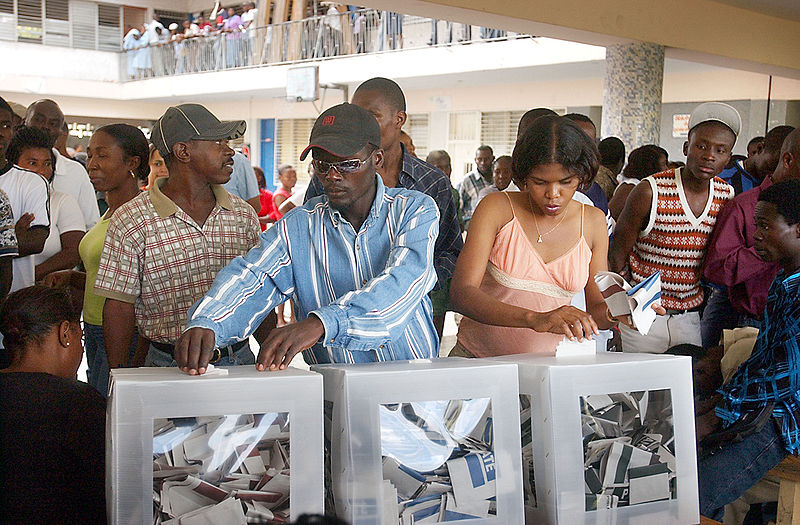 Haiti is overdue to hold local and parliamentary elections. The elections were initially scheduled for October 27, 2019 but have been postponed indefinitely. In addition, the next presidential election is due by November 2021. Further, the country may hold a constitutional referendum before any of aforementioned elections take place.

Haiti has a long history of political instability, having had 15 president in the past 33 years, since the fall of the brutal Duvalier dictatorship.

The country is currently in a political crisis related to allegations of fraud followed Haiti’s presidential 2015 election. A commission found that the election had indeed been fraudulent, and ordered a re-reun, which had only 18 percent turnout. President Jovenel Moïse was elected with 56 percent of ballots cast. The opposition alleged fraud once again, but an election tribunal conducted an investigation and certified the results.

Possible Constitutional Referendum and Further Delays of Elections in Haiti

Moïse has been ruling by decree since January 2020, and the international community, including the United States government, has called on Haiti’s officials to set a date for elections and end the crisis.

However, Moïse has rejected calls for elections. He is instead pushing a constitutional referendum that would strengthen the powers of the presidency, which was weakened with Haiti’s 1987 Magna Carta, which passed in the wake of the brutal dictatorship of Jean-Claude “Baby Doc” Duvalier, and prior to that, his father, François “Papa Doc” Duvalier. The Duvaliers ruled Haiti for nearly 30 years, and employed death squads (the notorious “tontons macoutes”) and a cult of personality cloaked in voodoo legends to maintain their power.

← El Salvador Legislative Elections: February 28, 2021
Honduras General Elections: November 2021 (due) →
By continuing to browse the site you are agreeing to our use of cookies.
Share This