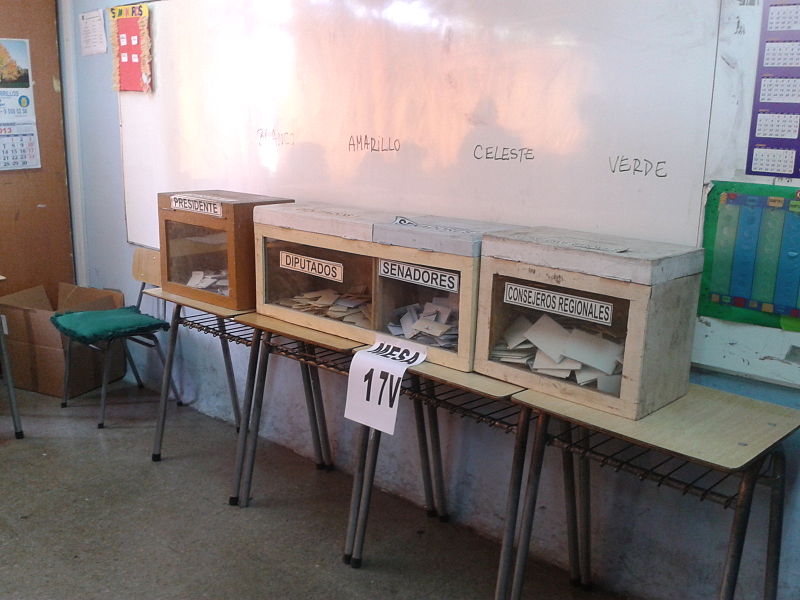 Chile has delayed its local and regional elections, originally scheduled for April 11, 2021, to May. In addition, voters will elect all 155 members of a Constitutional Assembly, after a referendum in which Chileans voted to write a new constitution. After that, presidential and legislative elections are scheduled for November 21, 2021 (with primaries on July 4, 2021).

The upcoming elections in Chile are taking place in the context of a year of protests and riots, including violent looting, arson, and vandalism. Furthermore, an intense debate over a constitutional referendum continues. Valentina Fuentes and Matthew Malinowski note: “For those on the left, overhauling the charter drawn up during the 1973-1990 military dictatorship is the only way to hold together a nation riven by months of violent protests and secure improvements in social justice. For those on the right, change imperils the model that delivered more than 30 years of rapid economic growth, turning Chile from a backwater into one of Latin America’s wealthiest nations per capita.”

For background: From 1973 to 1990, General Augusto Pinochet ran Chile under a military dictatorship. Chile had been a democracy prior to Pinochet, and in a 1988 referendum, Chileans voted not to extend his rule through 1997. Pinochet subsequently conceded defeat and held open elections in 1989, thus restoring democracy. Today, Chile’s parties alternate stints in power, and debate is robust.

The 2021 Presidential Election in Chile

Incumbent Sebastián Piñera from the center-right Chile Vamos coalition is not running for another term as presidents are constitutionally barred from serving consecutive terms. There are a number of potential candidates to succeed him – coalition primaries will take place in July.

The Economist (October 22, 2020): Chile’s momentous referendum on its constitution: The country will probably become more social-democratic. Will it become spendthrift?

Luisa Horwitz, Americas Society/Council of the Americas (October 8, 2020): Explainer: On the Road to Chile’s Referendum