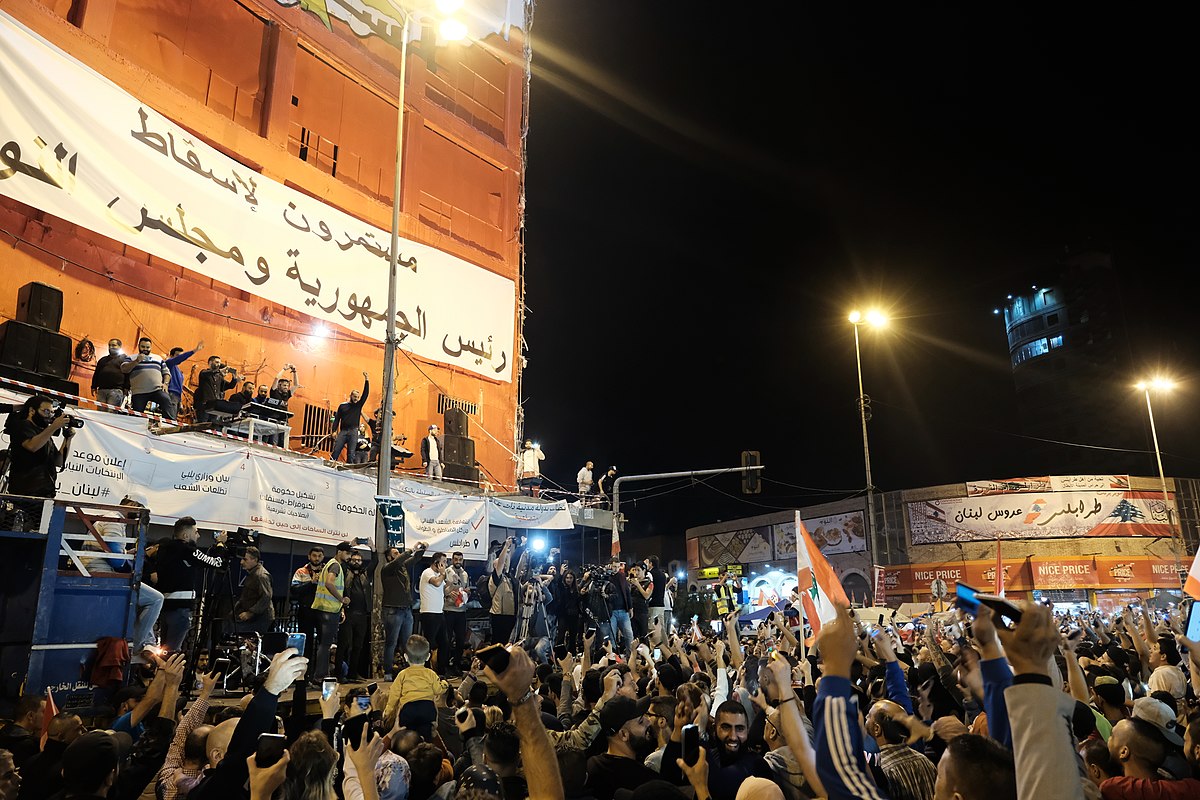 A protest in Tripoli, Lebanon in November 2019. Parliamentary elections in Lebanon are due in May 2022, and protests have been happening since 2019. Photo credit: Wikimedia/Kaepora~enwiki (CC BY-SA 4.0)

Lebanon is due to hold general elections in May 2022, although some parties have called for early elections. The elections could be delayed for a variety of reasons. The last elections, which took place in 2018, were originally supposed to happen in 2013, but were delayed several times.

Lebanon has been in a political crisis and without a government since the port explosion in Beirut, in which 215 people died, 7,500 were injured, and 300,000 were left homeless. Moreover, the country is in an economic crisis, with its currency at a record low and crippling inflation.

Arwa Damon, CNN (December 30, 2021): Lebanon’s soul has been eviscerated by its financial crisis. Not even the children want to play

Chloe Cornish, Financial Times (July 29, 2021): Lebanon’s year from hell: a diary – Last year’s explosion should have been a nadir. Instead it was the start of a further descent into chaos

Christophe Abi-Nassif, Middle East Institute (February 19, 2021): The electoral path may not save Lebanon, but its citizens deserve the chance to walk it