A quick look at worldwide elections in March 2021.

The Federated States of Micronesia (FSM, or simply Micronesia) will hold parliamentary elections on March 2, 2021. In addition, Chuuk state, Micronesia’s most populous state, is planning to hold a referendum on independence in 2022. Some politicians in Chuuk object to the way United States funding is distributed, and therefore are calling to secede. Meanwhile, China has been increasing its presence and influence in the entire region, including Chuuk, which is militarily strategic and close to American military facilities in Guam. Chuuk secession – coupled with Beijing’s bankrolling – would benefit China geopolitically. More

Pakistan holds indirect Senate elections on March 3. Prime Minister Imran Khan hopes his allies will gain a majority in the upper house, which they currently do not have. If the electors – members of parliament and of provincial legislative assemblies – vote along party lines, he’ll get his majority, but because the vote is secret, it’s not a sure thing.

Cote d’Ivoire holds legislative elections on March 6, 2021, following the October 2020 presidential election, in which President Alasanne Ouattara sought and won a controversial third term. The opposition boycotted the presidential election. Protests followed, as well as arrests of opposition members. However, following discussions and the release of some opposition figures, the opposition has not called for a boycott of the legislative elections set for March 6, and has called on supporters to vote for a balance of power. More

Bolivia holds regional and municipal elections on March 7, 2021. A total of more than 2,600 positions will be on the ballot. These follow a rerun of the 2019 annulled general elections that took place on October 18, 2020 in which socialist Luis Arce won the presidency. Leftist firebrand Evo Morales has returned to the country to lead his party, although apparently not every member of his party loves him. More

Canada’s 10 provinces and three territories all hold provincial and municipal elections at different times. Newfoundland and Labrador’s embattled former Liberal leader and premier Dwight Ball announced his resignation as premier in February 2020, sparking a need for new elections. Given the cancellation of in-person voting due to COVID and a delay, and controversy over the current caretaker premier’s economic recovery plan, the whole thing has been described as strange. More

Western Australia holds state elections on March 13, 2021. Labor is strong in the state, currently holding 40 out of 59 seats in the Legislative Assembly, following the last state elections in 2017. Polls suggest that Labor’s support in the state has increased ahead of these elections. More

Germany, State Elections in Baden-Württemberg and Rhineland-Palatinate and Local Elections in Hesse: March 14, 2021

Germany kicks off its Superwahljahr (super election year) with state polls in Baden-Württemberg and Rhineland-Palatinate, as well as local elections in Hesse. That means we get to talk about fun German coalition nicknames. For example, Baden-Württemberg is currently governed by a “pizza coalition” of the conservative Christian Democratic Union (CDU), usually represented as black on electoral maps, and the Greens. This symbolizes green and black olives on a pizza and references the fact that the first talks between CDU and the Greens took place at a pizza parlor. Rhineland-Palatinate currently has a “traffic light coalition” of the Greens, the Social Democrats (represented in red on electoral maps), and the liberal Free Democratic Party (FDP), whose color is yellow.

After March, several other states have elections, and the Bundestag elections take place in the fall. Those elections will decide who replaces Angela Merkel as chancellor, which is a big deal since she has headed Germany’s government since 2005 and also serves as the de facto leader of Europe. More

The Central African Republic (CAR) held presidential and partial legislative elections on December 27, 2020 in the midst of a worsening security situation. Rebels disrupted voting in some areas, so consequently, those constituencies will hold the first round of their legislative elections on March 14, 2021. In addition, some of the constituencies that did vote on December 27 will hold runoff elections for their legislators.

These elections are taking place in the context of a humanitarian crisis and a crisis of governance. Sectarian clashes have been taking place since 2013. Moreover, Russia has ramped up its political and military involvement in exchange for mining rights. More

Honduras holds presidential and legislative elections in November, and the primaries are in March. These elections are taking place in the context of polarization and a crisis of legitimacy sparked in part by increasing authoritarianism. The 2017 elections were turbulent, with at least 30 people dying in protests over allegations of fraud, and many believe that there is potential for fraud in the upcoming elections. More

Netherlands is scheduled to hold parliamentary elections on March 17, 2020. The Dutch electoral system makes it nearly impossible for a single party to win a majority of seats. These elections will see a historic 37 parties competing, the highest number in over a century. The current prime minister, Mark Rutte, enjoys high approval ratings, and concurrently, the far-right has been riven by internal conflict. More

Curacao has scheduled parliamentary elections for March 19, 2021. Voters will elect all 21 members of the Estates, Curacao’s unicameral parliament. Curacao is a constituent country of the Kingdom of the Netherlands. It has full autonomy over internal affairs, while the Dutch government handles foreign and defense policy. It also looks like a fun place to go on vacation when travel resumes post-pandemic. More

The Republic of the Congo (sometimes called Congo-Brazzaville) is due to hold a presidential election on March 20, 2021. Denis Sassou Nguesso been president almost continuously since 1979, and rules with an iron fist. Elections have not been free or fair. Some Congolese, however, are saying #Sassoufit – a play on the French “ça suffit,” meaning “that’s enough” – and seeking to challenge his dominance. More

Israel holds its fourth general election in two years on March 23, following the collapse of the unity government agreement between longtime prime minister Bibi Netanyahu and former army chief Benny Gantz. It’s far from certain that these elections will produce a durable government. Bibi is in some hot water as he faces corruption charges. Meanwhile, his Likud party faces a new challenge from Gideon Saar, whose New Hope party of former Likudniks draws comparisons to the NeverTrump movement. More

Turkmenistan holds parliamentary elections on March 28. Although Turkmenbashi (the longtime dictator who renamed the months of the year after his family members and had golden statues long before Trump ever did) is dead and gone, authoritarian politics remain. The country has never had free or fair elections, and unfortunately, it looks like that won’t change this month. More

These elections are taking place in the context of unprecedented protests against the monarchy, and calls for unprecedented types of reforms. These protests have been going on for months. the country remains deeply polarized. More 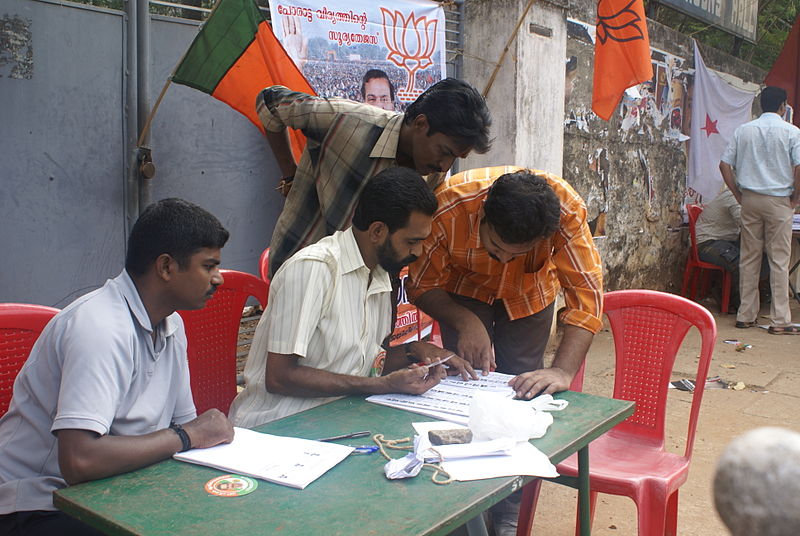 ← Turkmenistan Parliamentary Elections: March 28, 2021
Africa This Week: March 1, 2021 →
By continuing to browse the site you are agreeing to our use of cookies.
Share This