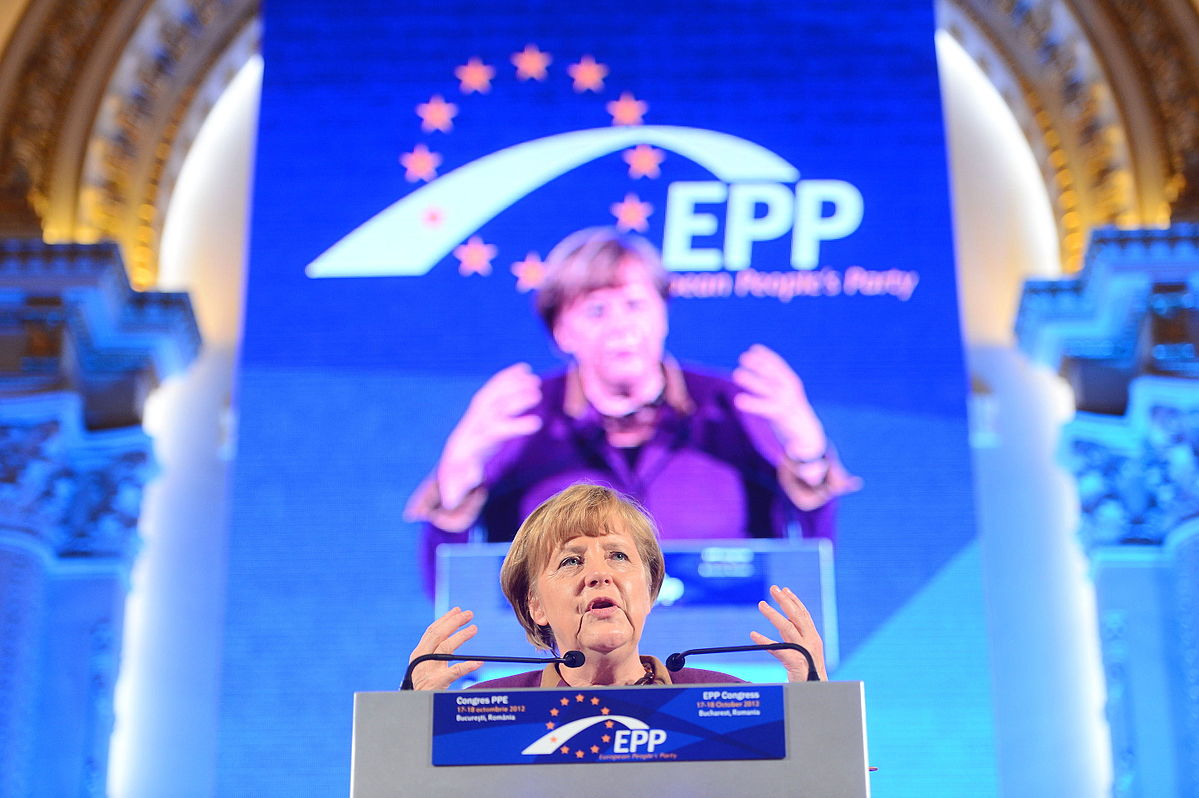 Photo: Chancellor Angela Merkel speaking at a meeting of the European People’s Party (EPP), the center-right European party to which her Christian Democratic Union belongs. In addition to heading Germany’s government since 2005, Merkel is the de facto leader of Europe, and the upcoming elections in Germany are taking place in the context of her retirement. Photo credit: Flickr/European People’s Party (CC BY 2.0) https://bit.ly/3kJs3lA

The year 2021 will be a “Superwahljahr” (Super election year) in Germany. Several sets of state elections are due, as well as federal elections to the Bundestag, Germany’s parliament.

Finally, the entire country will vote in elections to the Bundestag, Germany’s parliament, which will determine the chancellor, who is head of government and wields most executive power. The president, who is head of state, is elected indirectly and plays a largely ceremonial role. Bundestag elections have been set for September 26.

In addition to COVID-19, these elections are taking place in the context of the retirement of Chancellor Angela Merkel, who has headed Germany’s government since 2005 and moreover is the de facto leader of the European Union. The current federal government is a “grand coalition” of Merkel’s center-right Christian Democratic Union (CDU), along with its Bavarian sister-party, the Christian Social Union (CSU), and the center-left Social Democratic Party (SPD).

Following an intense fight, CDU and CSU have nominated CDU leader Armin Laschet to be their candidate for chancellor. He defeated Bavarian premier Markus Söder, who is more popular with voters.

Meanwhile, over the past year, the Greens have taken SPD’s place as the main center-left party. They have portrayed themselves as responsible and mainstream, and have governed as such when in state governments. Consequently, Annalena Baerbock could become the first Green head of government in the history of the world.

However, despite his unpopularity, Armin Laschet remains the favorite to succeed Merkel as chancellor. Nonetheless, German voters have a real choice and Baerbock, who comes from the party’s “realo” (moderate) wing as opposed to the “fundi” (radical) wing – has an actual shot at the top job.  More

Germany has a federal system with 16 Länder (states) that each have their own constitution, parliament (Landtag) and state government. Although the states have autonomy over internal policy, they do not have their own tax authority. Moreover, political parties are quite centralized at the federal level.

Uğur Tekiner, London School of Economics (January 28, 2021): Germany’s federal election: Is there any way back for the SPD?