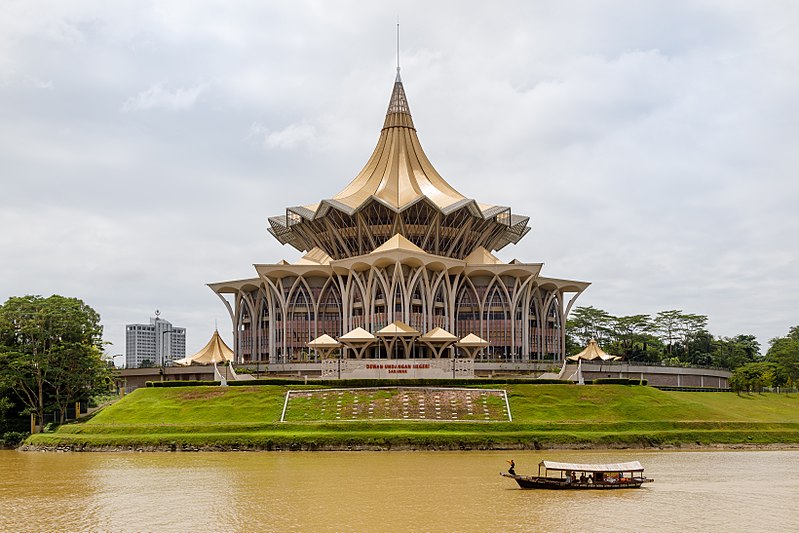 The Sarawak State Assembly building in Kuching, Malaysia. Federal elections in Malaysia are not due until 2023, but could happen earlier. Moreover, some state – including Sarawak – have elections sooner. Photo credit: Wikimedia/CEphoto/Uwe Aranas (CC BY-SA 4.0)

Malaysia is not due to hold parliamentary elections until May 2023, but the fragile political situation means snap elections are possible, and Prime Minister Muhyiddin Yassin has indicated that he will in fact call early general elections once the COVID-19 pandemic is over. Meanwhile, several of Malaysia’s states are due to hold elections in the next year.

In Malaysia’s historic 2018 parliamentary elections, the Pakatan Haratan (PH – Alliance of Hope) party won a surprise victory over the Barisan Nasional (BN) coalition and its primary member, United Malays National Organization (UMNO), which had been in power since Malaysia’s 1957 independence. PH forged an unlikely alliance between Mahathir Mohamad, born 1925, who had served as prime minister from 1981 to 2003 and was widely considered to be an autocrat, and Anwar Ibrahim, a former official under Mahathir who fell out with him and became a democracy activist.
Another major player in the coalition was Muhyiddin Yassin, a former UMNO politician. However, in March 2020, Muhyiddin defected from PH along with 30 MPs, and joined forces with UMNO to oust the government. He subsequently became prime minister. However, his coalition is fragile and has only a tiny majority, and therefore risks collapsing.

Melissa Goh, Channel News Asia (February 24, 2021): Elections can be held in Malaysia when half of population is vaccinated against COVID-19: Khairy

The Straits Times (November 28, 2020): Malaysia’s PM Muhyiddin says he will call for general election once Covid-19 pandemic is over

← Germany State Elections (Various Dates) and Parliamentary Elections: September 26, 2021
Africa This Week: November 9, 2020 →
By continuing to browse the site you are agreeing to our use of cookies.
Share This