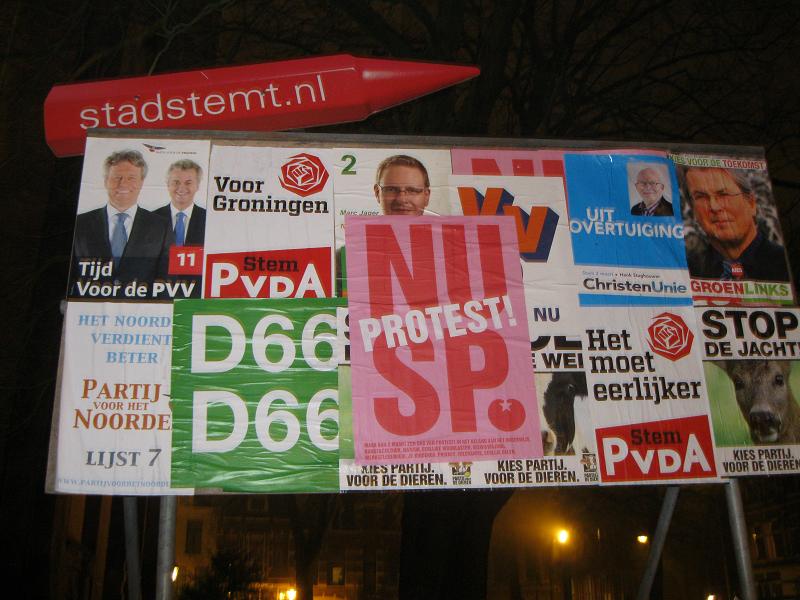 Netherlands is scheduled to hold parliamentary elections on March 17, 2020. Voters will elect all 150 members of the House of Representatives, the lower house of the States General, the bicameral parliament (the upper house is elected indirectly). Then, the prime minister- usually the leader of the biggest party in the coalition government that emerges – is chosen. The prime minister heads the government and exercises executive power, while the monarch serves as head of state.

The Dutch electoral system makes it nearly impossible for a single party to win a majority of seats. In fact, that has not happened for over 100 years. Therefore, governments are always coalitions, and there are a lot of political parties – currently 13. Sometimes it takes a long time to form a government after elections.

The current government is a coalition of four liberal and center-right parties. The biggest is VVD, whose leader, Mark Rutte, is heading his third government as prime minister. The other three parties in the government are CDA, Democrats 66 (D66), and The Christian Union (CU).

Major opposition parties include the center-left Labour and far-left Socialists, plus Greens. In edition, a variety of niche parties focus on things such as pensioners. Furthermore, the parliament includes several right-wing populist parties.

Recent Gains by the Far-Right in Dutch Elections

In a result that shocked a lot of Dutch politicos, the right-wing populist Forum for Democracy (FvD), founded in 2016, won the most seats in the 2019 provincial elections (after only winning two seats in the lower house in 2017). Consequently, FvD became the biggest party in the Senate, whose members are chosen by provincial assemblies, until several FvD senators defected. As a result, FvD leader Thierry Baudet is widely considered a rising star in far-right (and even some relatively mainstream conservative) circles.

The far-right party that Baudet and the FvD are supplanting is the Party for Freedom (PVV), led by the bombastic Geert Wilders. While Wilders embraces his crudeness, Baudet seeks to portray himself as cultured and polite. While Wilders mostly focuses his vitriol on Islam, frequently courting controversy, Baudet by contest pushes social conservatism and in addition frequently expresses retrograde views such as the idea that women by nature seek to be subjugated. Moreover, he frequently carries Russia’s water in debates over Dutch foreign policy. By contrast, Wilders’ PVV has liberal views on some issues (homosexuality, for example).

However, some analysts believe that the far-right is waning, as evidenced by the poor showing of both Baudet and Wilders’s factions in the 2019 European Parliament elections.

The Political Landscape Heading Into the 2021 Elections in the Netherlands

While Rutte has been under fire from other political parties, including members of his own coalition, he enjoys high approval ratings from Dutch voters, including for his handling of the COVID-19 pandemic.

These elections will see a historic 37 parties competing, the highest number in over a century.

Matthew E. Bergman, London School of Economics (February 9, 2021): What the manifestos tell us about the 2021 Dutch general election

AFP (February 6, 2021): Most parties in a century contest Dutch election