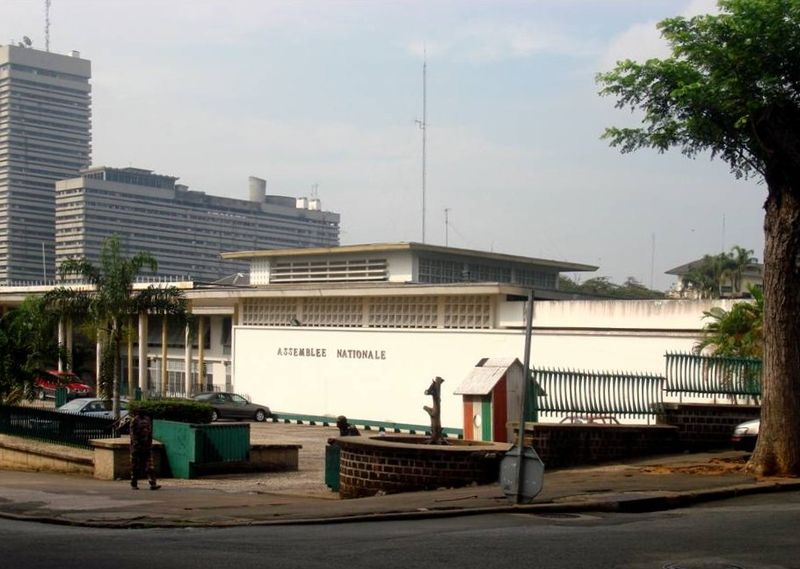 Cote d’Ivoire holds legislative elections on March 6, 2021, following the October 2020 presidential election, in which President Alasanne Ouattara sought and won a controversial third term. The opposition boycotted the presidential election. Protests followed, as well as arrests of opposition members. However, following discussions and the release of some opposition figures, the opposition has not called for a boycott of the legislative elections set for March 6, and has called on supporters to vote for a balance of power. More

Parties are legally required to reserve 30% of their candidatures for #women, but no party has met the target.

Guiseppe Liguori, Focus on Africa (February 28, 2021 – in Italian): Republic of the Congo: Sassou-Nguesso, a bloodthirsty and ruthless tyrant

Reliou Koubakin, DW (March 1, 2021 – in French): In Chad, the repression of the opposition before the election

Dictator Idriss Deby, self-proclaimed Marechal of Chad who is running for a 6th term after more than 30 years of rule, had his soldiers raid the house of an opposition candidate in the upcoming elections Yaya Dillo Djerou Betchi, killing his mother and his son in cold blood. pic.twitter.com/RNtiOYVZRu

The Central African Republic (CAR) held presidential and partial legislative elections on December 27, 2020 in the midst of a worsening security situation. Rebels disrupted voting in some areas, so consequently, those constituencies will hold the first round of their legislative elections on March 14, 2021. In addition, some of the constituencies that did vote on December 27 will hold runoff elections for their legislators.

These elections are taking place in the context of a humanitarian crisis and a crisis of governance. Sectarian clashes have been taking place since 2013. Moreover, Russia has ramped up its political and military involvement in exchange for mining rights. More

Ethiopia has scheduled general elections for June 5, 2021, after several postponements. These elections are taking place in the context of the growing crisis in Tigray region in the north that subsequently exploded into violent conflict. More

Mohamed Sheikh Nor, RFI (February 25, 2021): What next for angry anti-government protesters in Somalia?

Niger held a presidential runoff on February 21, 2021 amid security threats and violence. Despite that, the historic election will lead to Niger’s first peaceful transfer of power from one elected president to another. More

← Election Outlook: March 2021
Middle East This Week: March 2, 2021 →
By continuing to browse the site you are agreeing to our use of cookies.
Share This