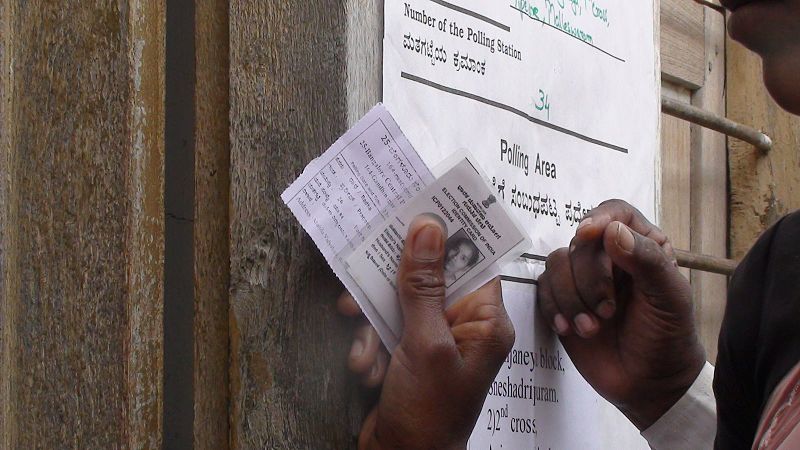 Elections in four Indian states (West Bengal, Assam, Tamil Nadu, and Kerala) and one union territory (Puducherry) begin on March 27 and will conclude on May 2.

India has 29 states and seven union territories that all hold state elections at different times. However, Prime Minister Narendra Modi is pushing to institute “one nation, one election” – a proposal to hold state elections at the same time as elections to the Lok Sabha, India’s federal parliament. Critics say the plan is a part of a pattern to centralize power, and moreover accuse Modi of authoritarianism.

Modi’s Hindu nationalist Bharatiya Janata Party (BJP) won a massive victory in the 2019 elections to the Lok Sabha. Those elections gave BJP a second term in power as the majority party able to govern without coalition partners, in an increasingly polarized political climate. The main opposition social democratic Congress Party – India’s oldest party – has done well in a series of state elections but is reeling from the whiplash of defeat in the Lok Sabha polls.

The state elections are happening in the context of growing concerns about India’s democratic path. Two NGOs, the American Freedom House and the Swedish V-Dem Institute, downgraded India in their 2021 freedom and democracy ratings.

In 2021, five states are due to hold elections: Assam, Kerala, Puducherry, Tamil Nadu, and West Bengal. Voters will elect members of each state’s Legislative Assembly. These elections, involving 180 million voters, will be a key test for the national parties, but regional parties also play a big role. Meanwhile, farmers protests continue in and around New Delhi.

Despite concerns about democratic backsliding, India remains an important partner for the United States and other democracies as a counter to China – especially in the Indian Ocean, but also in other strategic regions such as the Himalayas.

India’s tensions with both China are growing. Since May 2020, a long-standing border dispute has grown hot, and shots have been fired.

Tensions are also rising between India and Pakistan. In a surprise geopolitical development, on August 5, 2019, the Modi government made a unilateral decision to strip the Indian-controlled part of Kashmir of its autonomy. The region, which is majority Muslim, is claimed by both India and Pakistan and has sparked three wars. For seventy years, the Indian-controlled part – established as the state of Jammu and Kashmir – enjoyed a high degree of autonomy, but Modi announced that the state would be downgraded into two union territories, effectively centralizing control. The area has been on virtual lockdown for over a year, and many have been detained, including prominent political leaders.

Meanwhile, Pakistan is taking steps to incorporate the part of Kashmir it administers – Gilgit-Baltistan – more fully into the Pakistani state, infuriating India.

Deccan Herald (March 25, 2021): In Pics | Campaigning heats up in Tamil Nadu ahead of elections

Hindustan Times (March 24, 2021): Here’s how Twitter is gearing up for Assembly Elections in India

Editorial Board, Washington Post (February 24, 2021): Opinion: The arrest of this activist should put India’s ‘democracy’ title in question

Simran Jeet Singh, Time (February 11, 2021): The Farmers’ Protests Are a Turning Point for India’s Democracy—and the World Can No Longer Ignore That

Aditi Dayal, The Diplomat (September 28, 2020): Upcoming Regional Polls in India a Litmus Test for the BJP and the Opposition Alike

Swati Gupta and Nectar Gan, CNN (September 8, 2020): China and India accuse each other of firing shots as border tensions escalate

← Indonesia Provincial and Local Elections: December 9, 2020
Laos Parliamentary Elections: February 21, 2021 →
By continuing to browse the site you are agreeing to our use of cookies.
Share This