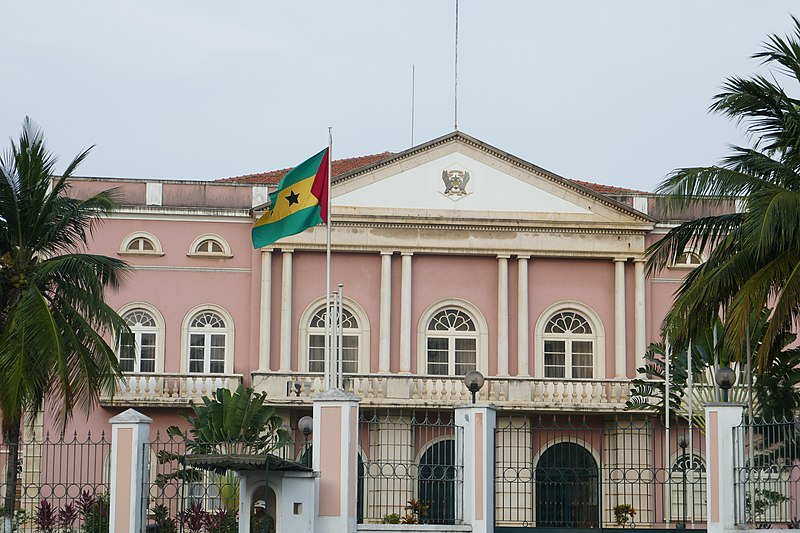 The presidential palace in Sao Tome. Sao Tome and Principe heads to the polls on July 18 to elect a new president. Photo credit: Wikimedia/Ji-Elle (CC BY-SA 4.0)

LUSA (July 12, 2021 – in Portuguese): São Tomé: President is not running for re-election in order to “pass on leadership to the youngest”

From #Zambia's VP nominee under the @UPNDZM, Mutale Nalumango:

"Our youth may be too young to remember the struggle for independence … but 2021 is now their moment to shine and defy the odds. This a chance to unite and alter the course of our country.https://t.co/JsRfZLxR6O

How NOT to rig an election

But it is done so badly it actually reveals an attempt to con observers and voters!#Zambiahttps://t.co/upeHlzimDm

Matthew Bryden, The Elephant (July 9, 2021): Somalia’s Election Is Already Rigged: The Question Is, For Whom?

#Somalia’s government and member states agreed on a new schedule for long-delayed elections.

Yet, Al-Shabaab attacks continued and the government attempted to mend ties with Kenya.

Robert Kiplagat, The Standard Kenya (July 12, 2021): Maasai leaders in unity talks ahead of next year elections

Lindsay Scorgie and Mallory Dunlop, Washington Post (July 8, 2021): Congo officials claim that a rebel group is tied to the Islamic State. That could backfire.

Tony Reeler, Daily Maverick (July 9, 2021): The numbers don’t lie: Zanu-PF would have to defy the reality of political economy to win the next election

Top read > Elections bring #Ethiopia no closer to resolving fundamental differences about the nature of the Ethiopian state.

In a @Newsweek op-ed, #Somaliland President @musebiihi makes a compelling case for his country's role as a partner for the 🇺🇲#USA: "We should not be denied the ability to contribute to regional stability simply because of 🇸🇴#Somalia's inability to do so."https://t.co/LkzouwL8AQ

Romain Gras, The Africa Report (July 9, 2021): Burundi: President Ndayishimiye is trying to bring the country out of its isolation

Committee for the Protection of Journalists (July 8, 2021): CPJ calls on Burundi government to let all news outlets operate without conditions