Your weekly review of news and analysis of elections in the Americas, usually posted on Saturdays and occasionally updated throughout the week. For a full electoral calendar and interactive map, click here. 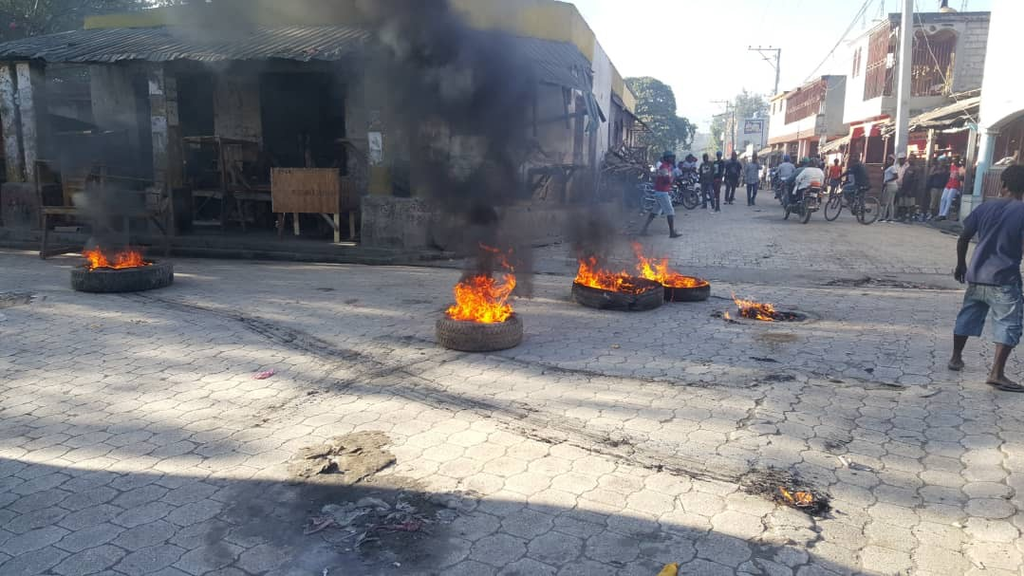 Tires on fire during a protest in Haiti in 2019. Photo credit: Wikimedia/Voice of America (public domain)

Interim Prime Minister Claude Joseph says Haiti still plans to hold long-overdue legislative elections on September 26, 2021, along with a a presidential election. Allegations of fraud followed Haiti’s presidential 2015 election, sparking a political crisis that remains ongoing. Some have called for the upcoming elections to be delayed.

"The assassination of President Jovenel Moïse has amplified the political knife’s edge on which Haiti has long perched," writes AS/COA Vice President @ericfarns.

Read his piece for the New York Post. https://t.co/zKJP1clrCZ

Jacobo García, El País (July 8, 2021): Jovenel Moïse, a president surrounded by too many enemies: The Haitian leader, who was assassinated on Wednesday at his home in Port-au-Prince, had gone up against senators, powerful businesses and Venezuela during his time in office

Juan Guaido said during a press conference that participation in Nov. 21 local elections is subject to guarantees and a previous agreement with political parties.

Thomas Traumann, Americas Quarterly (July 7, 2021): Lula Is Back. But Which Lula?

No market panic (yet) around Lula as in previous elections. @traumann sees 3 reasons why
1) Bolsonaro's liberal credentials in doubt (see fiscal ceiling)
2) Lack of info -his team unclear
3) Expectation (wishful?) he'd be more like "Good Lula" of 2003-07 https://t.co/jIyjcCZKEH

Donald Padgett, Out (July 6, 2021): This Gay Governor Is Running Against Brazil’s Homophobic President

Andres Oppenheimer, Miami Herald (July 7, 2021): Peru could become the next Venezuela, but there are some reasons to hope that it won’t | Opinion

A month after presidential elections that have yet to yield a result in Peru, supporters of the neck-and-neck challengers have set up rival tent camps on public squares in the capital to "defend" their votes https://t.co/B576r6cemu

Bolivia held regional and municipal elections on March 7, 2021, and some races, including four gubernatorial races, held runoffs on April 11.