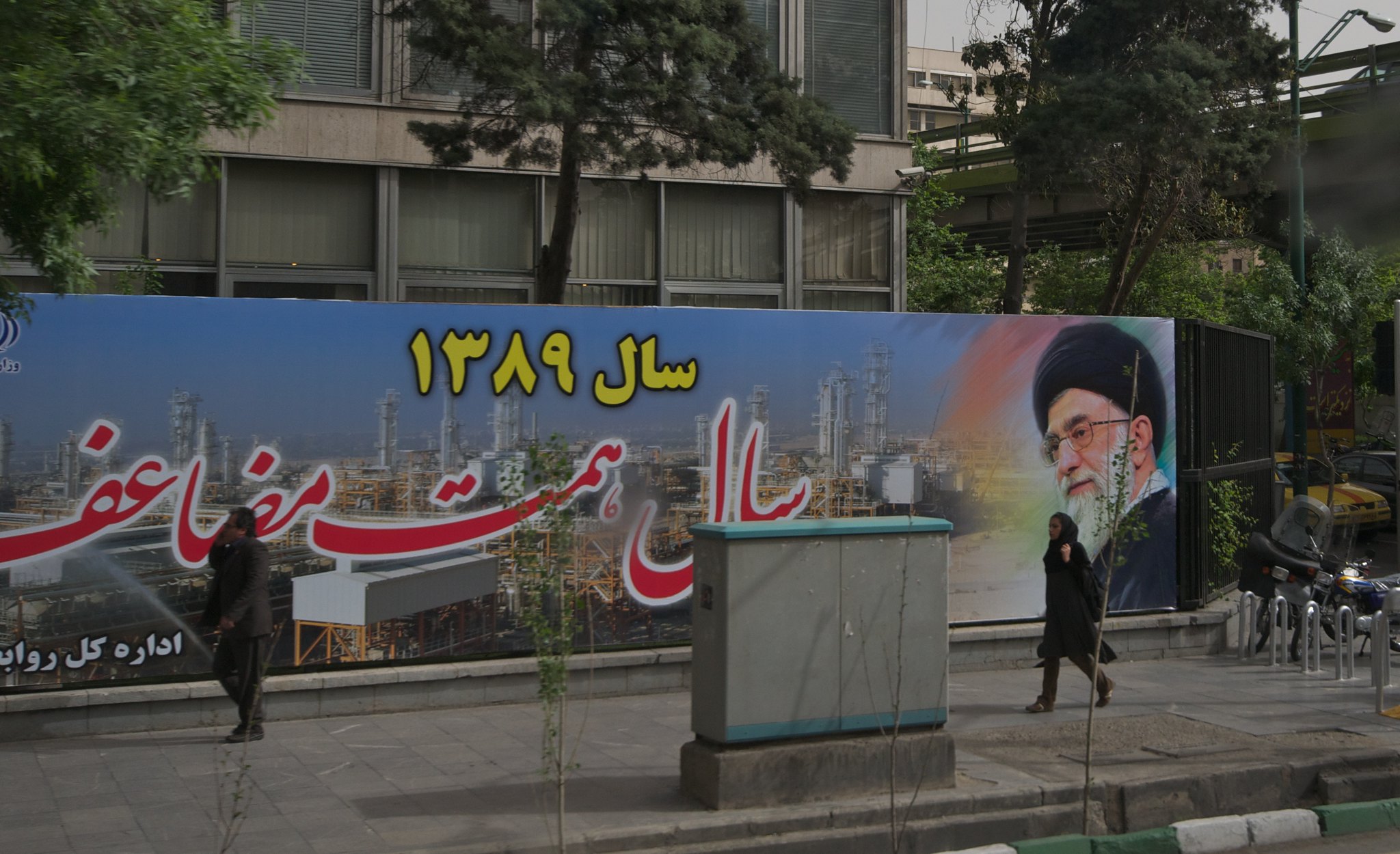 A sign in Tehran depicting Iranian Supreme Leader Ayatollah Ali Khamenei. Khamenei’s Guardian Council has the final say on which candidates can run for election in Iran. Photo credit: Flickr/A. Davey (CC BY 2.0)

Iran has scheduled its next presidential election for June 18, 2021, with concurrent local elections. While Iran is far from a free country, and the elections are largely rigged, voters do have a degree of choice. For this election, the Guardian Council (which must approve all candidacies) has allowed seven candidates on the ballot, and mostly excluded moderates and establishment figures, including a number of prominent names. This seemed to be calculated to clear the way for hardline judiciary chief Ebrahim Raisi to win. More

AP (June 15, 2021): Reformist drops out of Iran election on last day of campaign

The Economist (June 10, 2021): Iran has rigged its election to favour Ebrahim Raisi, a hardliner

Rym Momtaz, Politico (June 16, 2021): Macron pitches Biden on plan to get foreign fighters out of Libya

Algeria will hold snap elections on June 12, 2021, following more than two years of protests by the Hirak movement. However, the government’s election plan has not actually satisfied the Hirak, who continue to take to the streets and have decided to boycott the elections. The absence of the Hirak, who are mostly secular, from the elections has paved the way for Islamist parties to become the main opposition. Ultimately, the FLN, the country’s long-dominant nationalist secular party, won the elections.

“President Tebboune had his own interpretation of how things were going to shape up & essentially made a bet.

“If that had worked out well, Tebboune could have renewed his legitimacy while remaining above it all as president.”https://t.co/7TfgBOeY3p

Editorial Board, Wall Street Journal (June 13, 2021): Israel’s Electoral Lessons for the West: A new government takes power, but many parties led to years of stalemate.

Farah Swellam, Jerusalem Post (June 12, 2021): Ra’am: A party with a complex history, imperative in creating new gov’t: Though it is easy to not look beyond the label Islamist, there is more to Ra’am than what meets the eye.