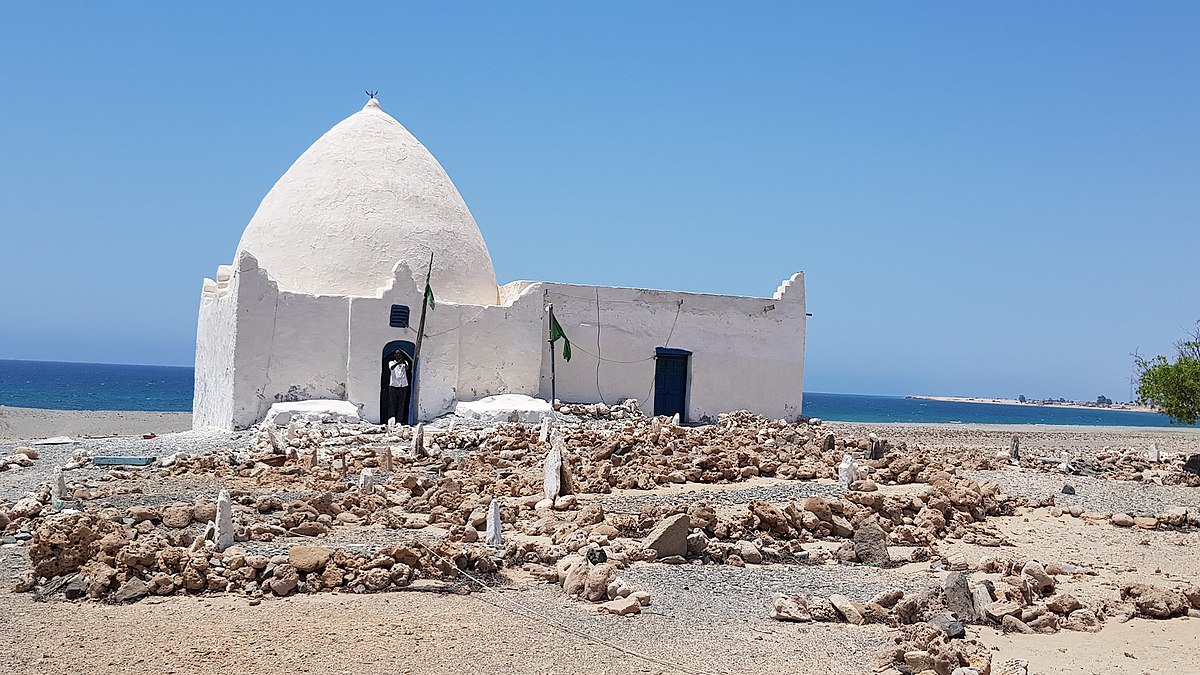 The tomb of Sheikh Isaaq, who founded the Isaaq clan, one of the major Somali clans, in the 12th century. The tomb is located in Maydh, Somaliland. Clans play a major role in the politics of both Somaliland and Somalia. Somaliland holds long-delayed parliamentary and local elections on May 31. Photo credit: Wikimedia/Abdul Warfa (Public Domain)

Record 1.2 million people have registered to vote in #Somaliland's next parliament and local 1P1V elections slated for May 31, 2021. The breakaway region's House of Representatives was last elected in 2005. #Somalia. pic.twitter.com/Wj0TRBAueu

Sum up the Republic of #Somaliland in one picture.

Elections on 5 June will be a major test for #Ethiopia's Prime Minister Abiy due to the crisis in #Tigray, the economic slowdown and tense talks on the GERD with #Sudan and #Egypt. Report by @GetachewSS .https://t.co/bOomuEjpdd

Opposition parties in #Ethiopia's Somali state suspended their participation in election activities, raising concerns about the prospects for free & fair elections in the state. This follows a decision by the OLF & OFC in Oromia to boycott the June elections. https://t.co/KltfdQCMgB

John Githongo, The Elephant (April 23, 2021): Between the Devil and the Deep Blue Sea: The Choices Facing Kenya and the Kenyattas

Somalia was supposed to hold an indirect presidential election on February 8, 2021, following indirect parliamentary elections in December 2020. However, the elections have been delayed, and the term of President Mohamed “Farmaajo” has expired, leaving Somalia in a political and constitutional crisis. In April 2021, Farmaajo etendedd his term for two years.

Chad held a presidential election on April 11, 2021. President Idriss Déby, seized power in a rebellion in 1990, won a sixth term. However, on April 20, hours after being officially declared the winner of the latest election, he was killed by rebels.

Although the country holds elections, there has never been a change in power by a free or fair vote. Long-delayed long-delayed parliamentary elections had been set for October 24, 2021 and local elections for April 2022. Originally due in 2015, the legislative elections have been delayed multiple times. However, the military has said it plans to rule the country for 18 months, and it dissolved parliament and the civilian government. Some have said these moves effectively amount to a coup. More

Jason Burke and Samuel Okiror, The Guardian (April 22, 2021): ‘It was a torture chamber’: Ugandans abducted in vicious crackdown

However, in March 2021, Magufuli died of COVID-19. Samia Suluhu Hassan, who had been vice president, assumed the presidency – the first woman to hold that post. She has embarked on some reforms, particularly regarding Tanzania’s COVID-19 policy. More

Nic Cheeseman, Alitalali Amani, and Hilary Matfess, The Conversation (April 20, 2021): The roots of repression and the prospects for democracy in Tanzania