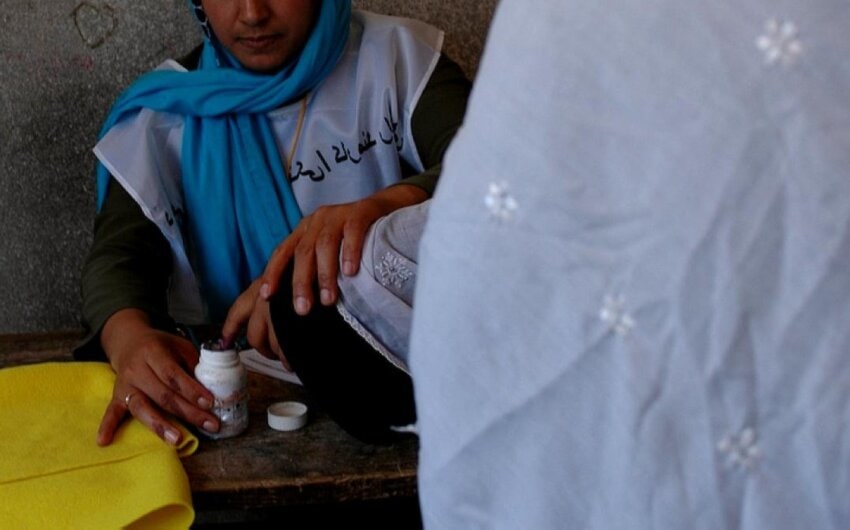 A voter in Afghanistan. Following the Taliban takeover of much of Afghanistan’s territory, the political future remains uncertain. Photo credit: USAID/Julie Fossler (CC0)

"Since 2015, Morocco has become the worst jailer of journalists in the Maghreb/North Africa region," says @CPJMENA's @sherifmnsour at the @TLHumanRights hearing on human rights and freedom of expression in #Morocco.

The current political climate is violent and chaotic, with over 600 people killed since the start of the protests. Moreover, a number of political parties have announced plans to boycott the polls, including the Shi’ite firebrand cleric Muqtada al-Sadr, one of Iraq’s most influential politicians. As a result, the elections could be delayed. More

My latest article in @RudawEnglish on Oct elections

I ask: Why hold elections in spite of boycotts from those who called for the early vote &what is the purpose of the election?

Find the answers within & the choices of @Mu_AlSadr after the boycott#Iraqhttps://t.co/sopcfnmNGe

Al Bawaba (August 10, 2021): Protests in Doha: The Qatari Citizenship Is Not Enough for Voting

Libya: The House of Representatives has passed a clause allowing military personnel to run for President if they resign from their position at least 3 months before an election.

This opens the door for General Haftar (*) to run for the next presidential election, in December. pic.twitter.com/uPba8JZbhZ

Mohamed Saied, Al-Monitor (August 17, 2021): Egypt weighs Hifter’s role in Libyan transition: Libyan National Army commander Khalifa Hifter visited Cairo and met with the US ambassador to Libya at a time of heightened tensions between Hifter and the new Libyan government of national unity.

The region is a geopolitical hotspot. Tensions with India (India and Pakistan have fought three wars, including two over Kashmir) are growing and both sides are upping their military presence. Moreover, the area is a centerpiece of China’s Belt and Road, which further inflames Pakistan’s relations with India and generally complicates the geopolitics of the region.

Following the United States’ withdrawal from Afghanistan and the Taliban takeover of much of the coutnry, the future of Afghan politics remains uncertain.

A group of women held a protest in Kabul amid fear that the Taliban will strip them of their rights.

Ivana Saric, Axios (August 17, 2021): Female mayor in Afghanistan says she is waiting for Taliban to come and kill her