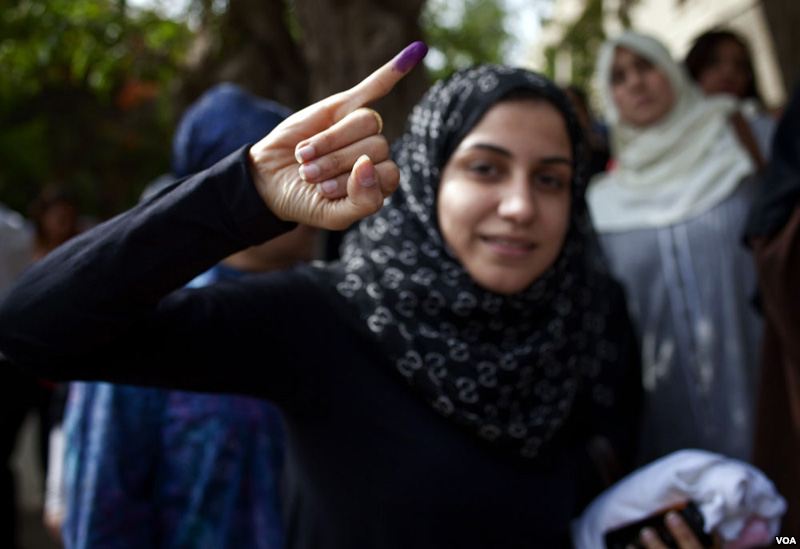 Egypt held elections for both houses of parliament in 2020.

Additionally long-overdue local elections are supposed to take place this year, but delays are possible. Egypt has not had elected local governments since 2011, and no date has been set.

In 2011, the 30-year autocratic regime of Hosni Mubarak (who died in February 2020) collapsed following a spontaneous citizen uprising. The scholar H.A. Hellyer posits: “The 2011 uprising was spontaneous—one that happened as the result of many years of neglect and the failing of the Egyptian state to give a sense of dignity to scores of Egyptians.” The leaders of the protests were young, largely secular, and liberal, and in those heady days, optimism reigned. However, reality quickly set in as the Islamist Muslim Brotherhood seized the opportunity.

Under Mubarak, Egypt’s largest opposition group was the Muslim Brotherhood. Founded in 1928, the Brotherhood initially had a paramilitary wing, but it officially foreswore violence in the 1970. In the 1980s, even though it was technically banned, the Brotherhood began running parliamentary candidates in cooperation with other parties or as independents. Eventually, Brotherhood-affiliated members of parliament became the biggest opposition group. The stated goal of the Brotherhood and its affiliates in other countries is the establishment of sharia, but in many places, including Egypt, it has gained popularity through providing charity and social services.

Because the Brotherhood had spent years training its followers and building a strong movement, it was in a prime position to capitalize on the newly-opened political space. The newly-created, Brotherhood-aligned Freedom and Justice Party (FJP) won the most seats in the 2011 parliamentary elections. Meanwhile, the secular liberal activists who had organized the protests dispersed themselves into a handful of smaller parties that lacked the organizational capacity to mobilize effectively.

Fall of the Muslim Brotherhood and Reestablishment of Military Rule

However, Morsi himself lasted less than one year in power. In July 2013, he fell in coup, following mass protests against his heavy-handed rule. The new government restored the military’s dominance. Following a year-long interim government, Egypt held a presidential election in May 2014 which the military’s candidate, President Abdel Fattah al-Sisi, won in a landslide. Al-Sisi proceeded to arrest Morsi (who died in court in 2019 while facing espionage charges) and declare the Brotherhood a terrorist organization. The resulting crackdown led to thousands of Brothers being jailed. Nonetheless, it continues to operate underground, albeit at a reduced capacity.

The 2018 presidential election, which saw al-Sisi re-elected for a second term, was neither free nor fair, and took place in an environment of harassment and intimidation of the opposition. The opposition remains weak and divided heading into the upcoming elections.

Turnout for the Senate elections was extremely low – around 14 percent (in other words, eight million of the 62 million registered voters). In fact, because voting is compulsory in Egypt and prosecutors decided to enforce the law, 54 million Egpytians face criminal charges for not voting. Candidates aligned with al-Sisi won almost all of the seats.

Egypt is important geopolitically. First, it controls the Suez Canal, a key geopolitical choke point. Second, it is the most populous Arabic-speaking country, and its soft power can help steer the direction of other countries in the region.

Egypt has a strong security relationship with the United States, including military-to-military ties. In 2019, al-Sisi asked United States President Donald Trump to declare the Brotherhood a terrorist organization, and Trump announced his intent to do so. However, the issue remains controversial in American policy circles.

H.A. Hellyer, Foreign Policy (February 25, 2020):  Hosni Mubarak Is Dead, and His Downfall Is His Legacy: The Egyptian strongman’s presidency ended in 2011, but the factors that led to his political demise remain.

← North Macedonia Local Elections: October 2021 (due)
21votes Official Relaunch: Coming Soon →
By continuing to browse the site you are agreeing to our use of cookies.
Share This