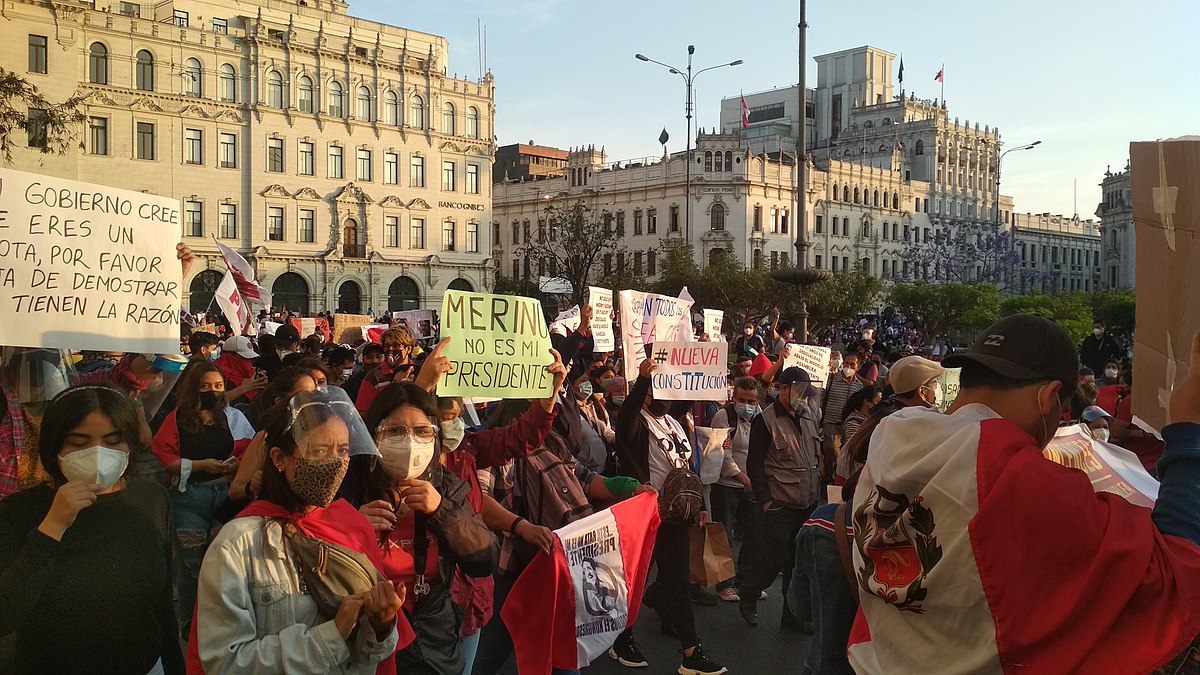 A protest in Lima, Peru on November 12, 2020 calling for the removal of Manuel Merino from the presidency. Merino was in office for only five days. Peru heads to the polls on April 11 amid a turbulent political climate. Photo credit: Wikimedia/Johnattan Rupire (CC BY-SA 4.0)

Paraguay is due to hold local elections in October 2021.

Guyana is on the cusp of potentially seismic economic changes due to the discovery of oil, which is creating political turmoil. The country held snap legislative elections in 2020, and local elections are due in 2021.

The Economist (March 20, 2021): A court case rocks the president of Honduras

Bolivia held regional and municipal elections on March 7, 2021. These follow a rerun of the 2019 annulled general elections that took place on October 18, 2020 in which socialist Luis Arce won the presidency. Leftist firebrand Evo Morales has returned to the country to lead his party, although apparently not every member of his party loves him. Opposition candidates won the mayoral elections in 8 out of 10 of Bolivia’s biggest cities. More

Editorial Board, Washington Post (March 18, 2021): Opinion: The Bolivian government is on a lawless course. Its democracy must be preserved.

Venezuela held legislative elections on December 6, 2020, despite members of the opposition and international community calling for a delay in order to ensure credible, fair elections. These elections took place in the context of ongoing political, constitutional, and humanitarian crises have been going on for years. More