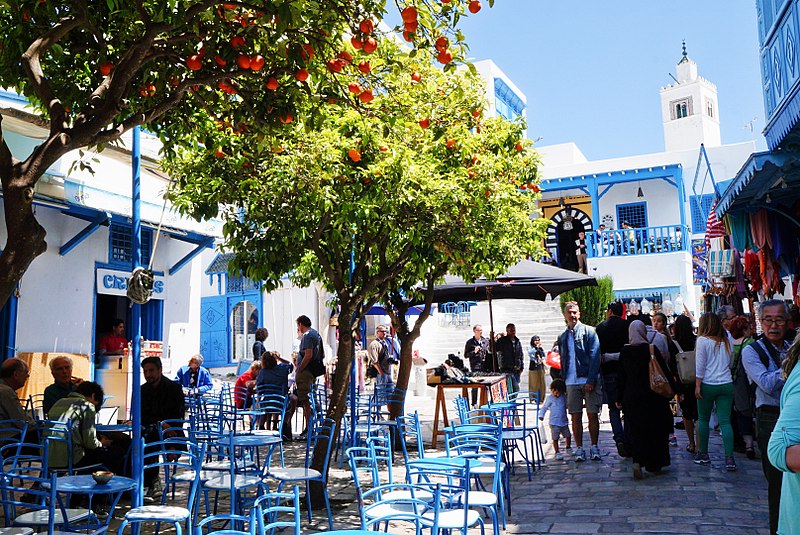 The town of Sidi Bou Said in Tunisia. Tunisia is in the midst of political turmoil following the president’s dismissal of the government, a move critics have called a coup. Photo credit: Wikimedia/Rene Cortin (CC BY-SA 4.0)

Iraq plans to hold early elections on October 10, postponed from the original proposal of holding them on June 6, 2021, one year early, following the demands of protesters. The country is also due to hold provincial (sometimes called governorate) elections. Preparations are taking place in the context of widespread protest and political instability.

A number of political parties have announced plans to boycott the polls, including the Shi’ite firebrand cleric Muqtada al-Sadr, one of Iraq’s most influential politicians. More

Agenzia Fides (July 30, 2021): Political party of Christians announces the boycott of the next parliamentary elections

The National UAE (July 29, 2021): US envoy to Iraq: early elections possible despite attempts to discredit them

"These elections are supposed to bring change, not reproduce the same political class,” Raed Fahmy, from the Iraqi Communist Party, told @Sura_Ali_Naser https://t.co/uuV8hM5bOk

Darin LaHood, Darrell Issa, and Charlie Crist, The Hill (August 4, 2021): US must support Lebanon as it faces economic and political instability

Carlotta Gall, New York Times (August 4, 2021): Turks Wage War on Social Media as Raging Fires Turn Political: President Recep Tayyip Erdogan has come under a concerted attack by his opponents over his handling of the worst forest fires in decades.

James Rothwell, The Telegraph (August 1, 2021): Palestinian Authority intensifies crackdown on protesters over death of activist in custody: Why the cancellations of elections and the death of a prominent activist are fuelling tensions in West Bank

The region is a geopolitical hotspot. Tensions with India (India and Pakistan have fought three wars, including two over Kashmir) are growing and both sides are upping their military presence. Moreover, the area is a centerpiece of China’s Belt and Road, which further inflames Pakistan’s relations with India and generally complicates the geopolitics of the region.

Heba Saleh, Financial Times (August 2, 2021): Weary Tunisians welcome president’s power grab; A decade on from a democratic revolution, many see the return of one-man rule as an antidote to corruption

Simon Speakman Cordall, Time (July 30, 2021): Tunisia’s President Staged What Looks Like a Coup. But Democracy Isn’t Dead There Yet