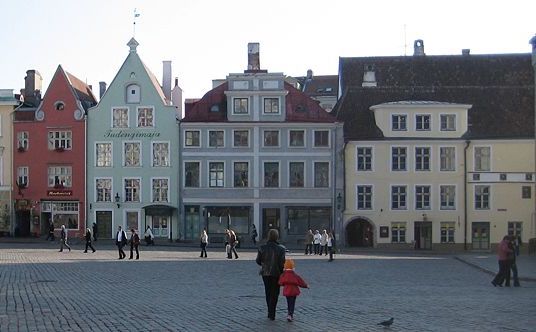 Estonia – a poster child for a successful post-communist transition to democracy – will hold an indirect presidential election starting on August 30 and local elections on October 17, 2021. In Estonia’s parliamentary system, the president plays a largely ceremonial and representative role, with no executive power. The Riigikogu (parliament) elects the president.

Incumbent Kersti Kaljulaid is eligible to run for another term, and has been campaigning to be re-elected, although she will likely face opponents. Candidates register just a few days before the election, and new candidates can enter the race after the first round of voting, creating a high degree of uncertainty. Moreover, if parliament fails to elect a president – which requires a two-thirds majority – the process moves to an electoral college consisting of members of parliament and local government representatives (this happened in 2016).

Hosts of "Rahva teenrid" found on Saturday that Tarmo Soomere, who was recently rejected by Riigikogu parties, could run again should the election move to the Electoral College, and that Jüri Ratas becoming president still cannot be ruled out.#Estonia https://t.co/xUwyhiRcD0

One of the most important elections in Germany's history and everything could happen. https://t.co/aPjSQZXy2a

Holly Ellyatt, CBNC (August 11, 2021): The Greens were once favorites ahead of Germany’s ‘rollercoaster’ election, but not anymore

The Economist (August 10, 2021): Our new prediction model for Germany’s wide-open election: Angela Merkel’s successor could be left, right or Green

Larissa Stünkel and Marc Lanteigne, The Diplomat (August 6, 2021): How a German Frigate in the South China Sea May Upend Beijing-Berlin Relations: As Merkel’s lengthy term comes to an end, the frigate deployment may be the beginning of a sea change in Germany’s China approach.

The next general elections aren’t due until June 2023, but as is ever the case with Italy, snap elections are possible. In the last general elections, in 2018, no party won a clear majority, but Giuseppe Conte, linked to the populist Five Star Movement, was able to form a government in coalition with the right-wing Lega. Lega withdrew in 2019, but Conte was able to do a deal with two left-of-center parties. However, in January 2021, the government collapsed after former prime minister Matteo Renzi withdrew his support. Former European Central Bank chief Mario “Super Mario” Draghi formed a government in February 2021, ousting Conte.

“With Germany and France heading into uncertain elections, Italy looks like a pole of stability in the EU. This is remarkable given its history of political upheaval. And it is another reason for Italians to cheer.” https://t.co/5bY9Hi60oD

North Macedonia is holds local elections on October 17, 2021. These follow parliamentary elections in July 2020. Following a historic agreement with Greece, and a name change, North Macedonia joined NATO in 2020 and is currently in talks to join the EU (although now Bulgaria is trying to hold that up). The country’s politics are fragmented and fractious. The 2020 elections were extremely close, but ultimately PM Zoran Zaev and his Social Democratic Union of Macedonia (SDSM) were able to once again form a government with the backing of the Democratic Union for Integration (DUI), the main ethnic Albanian party (ethnic Albanians make up about a quarter of the population).

While the opposition in North Macedonia cries foul ahead of the October local elections, the government plans to spend €50 million on 94 local projects in 36 municipalities led by mayors from the ruling parties.https://t.co/fTHKwLedFc

The Times of London (August 11, 2021): The Times view on French politics: Macron’s Challenge The president has to contend with suspicion, anger and a sour mood

Note at 8:45 where Orban completely sidesteps Tucker's comments on Xi Jinping. It helps to know here that the Orban government has done much to cooperate with China on issues as problematic for key Western allies (BRI, Huawei, Fudan, etc)https://t.co/MXwXXjUD0t

RFE/RL (August 6, 2021): Under Fire From Brussels, Orban Says He Expects Outside ‘Interference’ In Hungary’s 2022 Election

In August, the coalition lost its majority after one of the small coalition partners withdrew. However, the government will remain in power unless it loses a confidence vote (which would require two-thirds of parliament).

Bulgaria held fresh parliamentary elections on July 11 after no party formed a government following the April 4 elections. In the April polls, PM Boyko Borissov’s center-right GERB won the most seats, but lost ground and failed to win a majority.

New parties running against the establishment did surprisingly well – in fact,  a party called There Is Such a People (ITN), led by TV star Stanislav Trifonov, came in second and ruled out forming a coalition with GERB. Trifonov’s main platform was anti-corruption – indeed, corruption was the biggest issue in the election.

In the July elections, Trifonov’s ITN surpassed GERB to win the most seats, but not enough for a majority. ITN was not able to form a government, and there’s a strong chance of a third election. More

The 2021 elections were more like a midterm as Cyprus is a presidential system (the only full presidential system in the EU). These elections function as more of a test for the parties ahead of the 2023 presidential election. The current president is President Nicos Anastasiades (from DISY). This is all happening in the context of the ongoing Eastern Mediterranean crisis. More

Georgios Samaras, The Conversation (August 6, 2021): Cyprus: what is Elam, the far-right nationalist party seeking success after the demise of Golden Dawn?

Ireland held general elections on February 8, 2020, to elect the Dáil Éireann (lower house of parliament) and choose the next government. These elections saw support decline for the two parties that had long been dominant and which had alternated stints in power: Fine Gael (which headed the government prior to 2020) and Fianna Fáil.

The differences between the two go back to the Irish Civil War of 1923. In the present era, their policies aren’t that different – both are generally centrist to center-right, although Fine Gael tends to be more free market on economic issues and liberal on social issues, while Fianna Fáil is more socially conservative and favors more government involvement in the economy.

Sinn Féin came in first in the 2020 elections, with Fianna Fáil and Fine Gael in second and third respectively, and the Greens upper their seat share significantly. It represented a new fragmentation in Irish politics. Ultimately, Fianna Fáil and Fine Gael formed a coalition, thus demoting Fine Gael’s Leo Varadkar from Taoiseach (prime minister) to Tánaiste (deputy prime minister). The next elections are due by February 2025, although snap elections could happen.