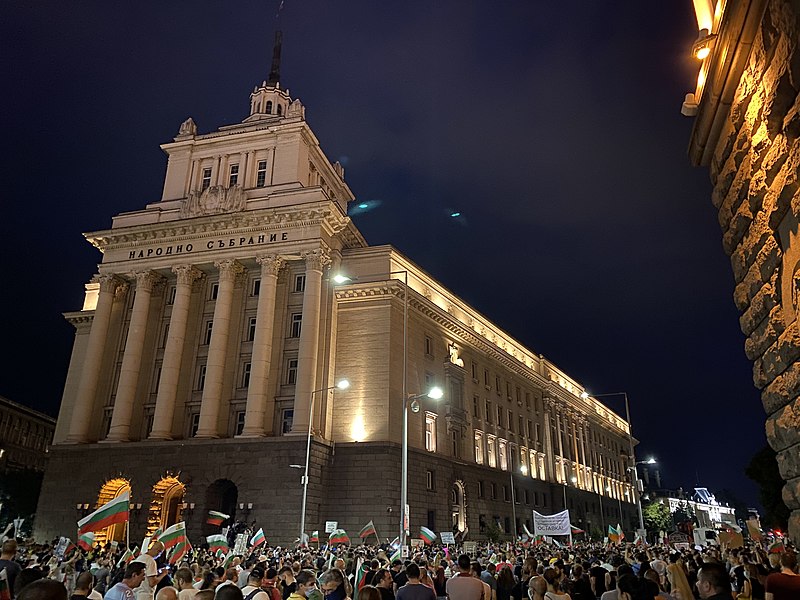 Bulgaria is holding fresh parliamentary elections on July 11 after no party formed a government following the April 4 elections.

After that, a presidential election is due in October or November 2021.

Bulgaria has been in a long stretch of chaotic politics characterized by a series of early elections and caretaker governments, and a number of problems remain. Corruption and scandals have plagued the country since the 1990s. In that vein, the country is currently embroiled in anti-government protests, some violent, which have been going on since July.

GERB has won the last several sets of elections, including the 2017 parliamentary elections and the 2019 European Parliament and local elections. However, the president – elected in 2016 – is Rumen Radev, a former communist who ran as an independent with the support of the BSP. Prime Minister Boyko Borisov of GERB governs in coalition with the nationalist United Patriots (IMRO-BNM), which is affiliated with the European Conservatives and Reforms group. Other parties with seats in parliament include the liberal opposition party Movement for Rights and Freedoms (DPS) and the nationalist Volya.

Ongoing Anti-Government Protests and Calls for Snap Elections in Bulgaria

The current wave of protests began in July 2020 and have the support of Radev, the president. In fact, part of the impetus for the protests was a police raid on the president’s office, combined with a scandal set at a posh beach house. Protesters are calling for the resignation of the Borisov government and the chief prosecutor, followed by early elections.  Conversely, Borisov is seeking to change the constitution, and expressed willingness to resign if parliament approves his proposed changes.

The Financial Times’ Kerin Hope and Theo Troev explain: “The protests have highlighted popular anger over pervasive graft in the EU’s poorest member state that observers say reflects collusion by high-ranking officials, shady business groups and senior members of the judiciary.” An August 2020 poll found that a majority – in fact, 60 percent – of Bulgarians support the protests.

The 2021 Elections in Bulgaria

Nonetheless, GERB led polls heading into the parliamentary elections. For the first time in its history, GERB ran in coalition with another party, the Union of Democratic Forces (SDS), a fellow center-right member of the European People’s Party.

In total, 22 parties and eight coalitions ran in the April elections. GERB won the most seats, but lost ground and failed to win a majority. New parties running against the establishment did surprisingly well – in fact,  a party called There Is Such a People, led by TV star Stanislav Trifonov, came in second and ruled out forming a coalition with GERB. Trifonov’s main platform was anti-corruption – indeed, corruption was the biggest issue in the election.

However, no party was willing or able to form a government. Therefore, fresh elections will take place on July 11.

Bulgaria is a member of NATO and the European Union (EU); however, it remains the poorest and most corrupt member of the EU. Meanwhile, Russia seeks to influence Bulgaria.

While GERB has consistently been in favor of Euro-Atlantic integration, and the BSP has recently been running on a pro-European platform, some political parties are explicitly pro-Kremlin. Radev, the president, is pro-Russia. Moreover, as Andrey Grashkin at the Foreign Policy Research Institute notes: “Moscow has strategically weaponized its energy holdings in Bulgaria through funding anti-fracking movements and disinformation campaigns, allowing Gazprom to maintain its monopoly on gas deliveries, and keeping Sofia vulnerable to future political exploitation.”

Bulgaria is currently embroiled in a diplomatic dispute with neighboring North Macedonia involving issues of language and history. Last year, it blocked North Macedonia’s EU accession. This comes on the heels of North Macedonia changing its name in order to get Greece to stop blocking its NATO and EU membership. The European Parliament has gotten involved in the dispute, with many MEPs naming Bulgaria as the aggressor. Some believed that tensions could ease following the April 4 elections, but the interim government has announced that it is not easing up on its position.

AFP (March 31, 2021): Through pandemic and protests, Bulgaria’s Borisov hangs on

Reuters (January 14, 2021): Bulgarians to vote in parliamentary election on April 4

Denica Yotova, European Council on Foreign Relations (July 28, 2020): Bulgaria’s anti-corruption protests explained – and why they matter for the EU

← Bosnia and Herzegovina Local Elections Re-Run in Srebrenica and Doboj: February 21, 2021
Cyprus Parliamentary Elections: May 30, 2021 →
By continuing to browse the site you are agreeing to our use of cookies.
Share This