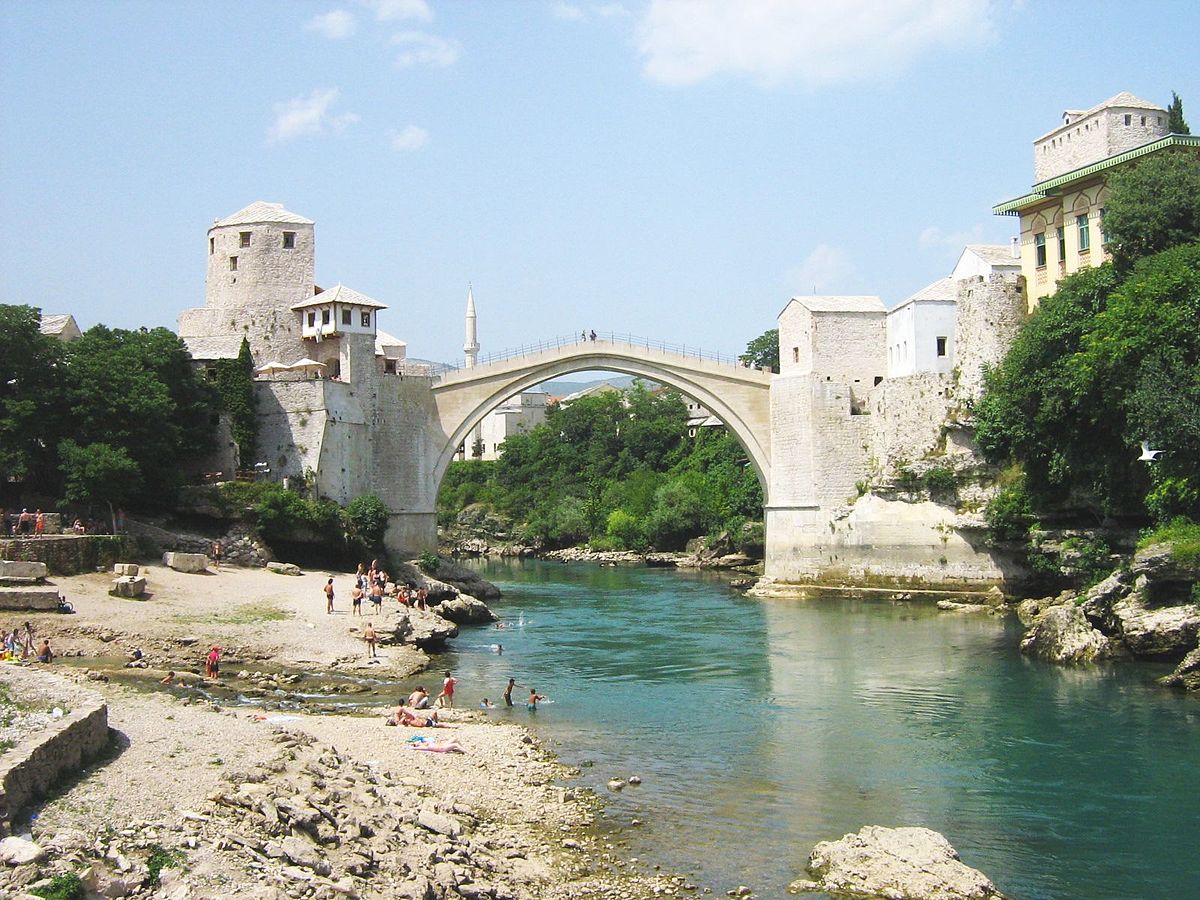 The iconic Old Bridge in the divided city of Mostar. Following this year’s local elections in Bosnia and Herzegovina, Mostar will hold local elections for the first time since 2008. Photo credit: Wikimedia/Mhare (CC BY-SA 2.5)

Following complaints of irregularities, officials annulled the results of the local elections in Srebrenica and Doboj, and a re-run will take place on February 21, 2021.

The country has parliamentary elections due in October 2022.

The Dayton Accords, which ended the 1992-1995 Bosnian War (one of the conflicts surrounding the breakup of Yugoslavia), established a byzantine government and political system in BiH. As Franco Galdini notes, “With a population of 3.8 million people, BiH has three presidents, 13 prime ministers and as many governments, more than 180 ministers, and over 700 members of parliament.” Each of the country’s three ethnic groups – mostly Muslim Bosniaks, mostly Orthodox Serbs, and mostly Catholic Croats – has a representative on the presidency. The country is divided into two entities, the Republika Srpska (RS) and the Federation of Bosnia and Herzegovina (FBiH), each of which has its own government (and FBiH is further divided into 10 cantons with their own governments and prime ministers).

Politics are gridlocked. Following the October 2018 general election – in which voters elected (get ready for it) the three national presidents, the national legislature, and the presidents and legislatures of RS an FBiH, plus the legislatures of FBiH’s 10 cantons – it took more than a year to form a government.

Ethno-nationalism fuels much of the gridlock. For example, Milorad Dodik, who holds the Serb seat on the presidency and for a long time served as president of the RS, has openly called for RS to secede from BiH, and his party’s opposition to NATO membership was another stumbling block to forming a government last year. Russia is stoking ethnic divisions, seeking to divide and weaken BiH (and other states in the Western Balkans) and slow the path toward Euro-Atlantic integration.

Ideologically, SDA and HDZ are affiliated with the center-right European People’s Party and the International Democrat Union (the center-right global alliance of political parties founded by Ronald Reagan, Margaret Thatcher, and Helmut Kohl). HDZ also has strong links to Croatia, and SDA has long-standing links to Turkey. In contrast, SNSD espouses left-wing economics paired with social conservatism. Moreover, the party has links to Vladimir Putin’s United Russia and cooperates with various pro-Moscow parties in the region.

In the 2018 elections, SDA’s Šefik Džaferović won the Bosniak seat on the presidency, and SNSD’s Milorad Dodik won the Serb seat. However, for the Croat seat, Željko Komšić from the center-left Democratic Front defeated HDZ’s candidate.

The 2020 Municipal Elections in Bosnia and Herzegovina

The 2020 municipal elections delivered a blow to the three main ethnic-based political parties, with opposition forces winning in Sarajevo and other key cities.

Mostar, a city divided between Bosniaks and Croats in Croat-dominated Herzegovina, will hold municipal elections for the first time ever since 2008. In fact, Mostar has had no city council for the last seven years, which has been a disaster for citizens because basic municipal services aren’t being provided. For example, trash is piling up because there is no functional garbage collection system.

Following complaints about irregularities, Bosnia’s election commission annulled the results of the elections in the towns of Srebrenica and Doboj, and scheduled a re-run for February 21, 2021. Both towns are the Republika Srpska

Politics and geopolitics are linked in BiH, and – like the rest of the Western Balkans region – the country is the site of geopolitical competition between Russia and the West. In 2018, NATO began a Membership Action Plan for BiH. Serb president Dodik opposes the move, but the Bosnian and Croat presidents both support NATO membership. Similarly, BiH has applied to join the EU, but a number of obstacles remain to completing the accession process.

Dino Jahic, Voice of America (November 22, 2020): Dayton Accords 25 Years Later: Bosnia Got Blueprint for Peace but not for Its Future

The Economist (November 21, 2020): After a quarter of a century of peace, Bosnia remains wretched

Aleksandar Brezar, Euronews (October 2, 2020): Inside Mostar, the Bosnian city that hasn’t had a local election in 12 years

Harun Karčić, RUSI (October 2, 2020): A Nagorno-Karabakh Scenario in the Balkans?