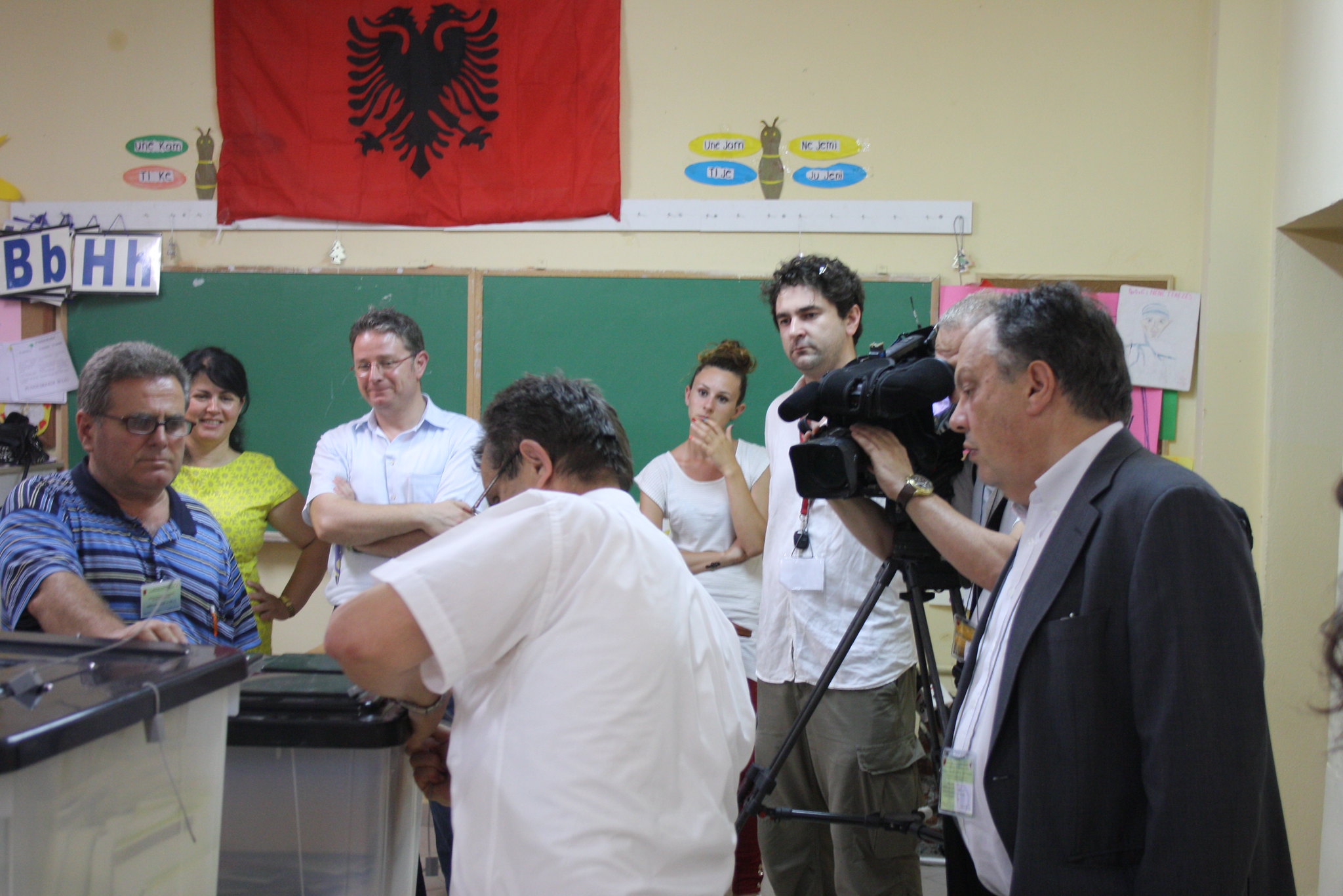 After World War II, Albania became an isolationist communist dictatorship under Enver Hoxha. Albanian communism was some of the most brutal in the world – for example, Hoxha thought Mao Zedong was too soft. However, since communism collapsed in 1990, Albania has held competitive elections and several transitions of power between political parties.

Albania’s two biggest parties are the Socialist Party (SP), formed from a remnant of the former communists, and the center-right Democratic Party (DP), which was founded ahead of the 1991 elections as Albania’s first modern opposition party. The third-biggest party is the center-left Socialist Movement for Integration (LSI), founded by Ilir Meta, who broke off from SP. However, LSI has worked with both the DP and the SP and is seen as a kingmaker.

Edi Rama of the SP has been prime minister since 2013, when he ousted DP founder Sali Berisha from the office. Ilir Meta is president – although in Albania’s parliamentary system, the president is chosen by parliament and holds no executive power.

In Albania’s last parliamentary elections in 2017, the SP won 74 out of the 140 seats, remaining in government. The DP won 43 seats and LSI won 19, with the remaining seats going to several small parties.

Albania is in the middle of a tense political standoff between t and the main opposition center-right Democratic Party, led by Lulzim Basha. All but two MPs from the Democratic Party and one from the Socialist Movement for Integration (LSI) surrendered their parliamentary mandates in February, and have led a series of protests marred by violence. The opposition demands Rama’s resignation and new elections, and boycotted the local elections. President Ilir Meta cancelled the June 30 local elections and called on parties to reduce political tensions, but Rama proceeded with the polls anyway, and without the participation of the opposition, almost all seats went uncontested.

Constitutional Changes Ahead of 2021 Elections

In July 2020, Albania’s parliament approved constitutional amendments to allow for open lists of candidates, pre-formed party coalitions, and electronic identification of voters. The United States, United Kingdom, and European Union helped broker an agreement on the changes among the parties. However, in October, the Socialists unilaterally passed changes to the electoral code under strong opposition from the Democratic Party and other opposition parties. The international community criticized the move, which could potentially endanger Albania’s European Union accession.

Since 2009, Albania has been a member of NATO and a strong partner of the Untied States. Albania also applied for European Union membership in 2009, but it was not until March 2020 that formal accession negotiations got a formal greenlight.

Meanwhile, China has been ramping up its presence in Albania (and the wider Western Balkans regoni).

Valerie Hopkins, Financial Times (February 3, 2021): Albanians wonder if the EU will ever welcome them

Vladimir Shopov, European Council on Foreign Relations (February 2, 2021): Decade of patience: How China became a power in the Western Balkans

Vladimir Karaj, Balkan Insight (January 28, 2021): Vote ‘Secured’: How to Rig an Albanian Election and Get Away with It

← Austria, Vienna State and Municipal Elections: October 11, 2020
Bosnia and Herzegovina Local Elections Re-Run in Srebrenica and Doboj: February 21, 2021 →
By continuing to browse the site you are agreeing to our use of cookies.
Share This