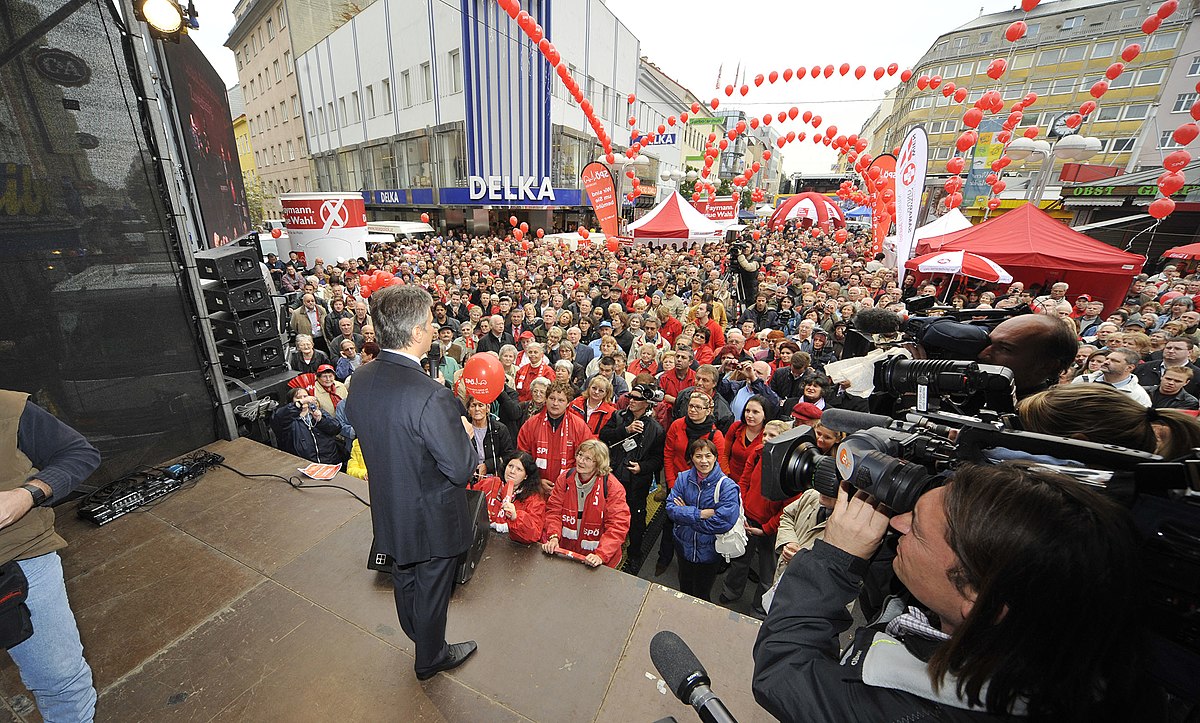 Austria will hold state and local elections in Vienna on October 11, 2020. Members will elect all 100 members of the Wiener Gemeinderat und Landtag – Vienna’s combined city council and state parliament.

Austria has nine states (Länder) that each elect their own state and local governments. They hold elections for these offices at different times, not necessarily at the same time as federal elections.

Because Vienna is both a city and a state, it elects a combined Gemeinderat (city council) and Landtag (state parliament). Each of the 100 members wears two different hats and the body either meets as the Gemeinderat to handle municipal affairs or the Landtag to handle state affairs.

Historically, Austria’s two biggest parties have been center-left Social Democrats (SPÖ) and center-right center-right Austrian People’s Party (ÖVP), and for most of the time since World War II, they have governed in grand coalition with one another. However, on two occasions, ÖVP formed governments with the far-right Austrian Freedom Party (FPÖ), most recently following the 2017 elections.

That coalition ended in scandal when, in May 2019, Austria’s federal government fell in a no-confidence vote – the first in Austria’s history – following the “Ibiza-gate” scandal. In short, FPÖ leader Heinz-Christian Strache, who was at the time Vice Chancellor to ÖVP’s Chancellor Sebastian Kurz, was filmed on the Spanish island of Ibiza offering state contracts in exchange for money to a woman who claimed to be the niece of a Russian oligarch. Following the collapse of the government, Austria held new elections in September 2019. ÖVP won the most seats, and the FPÖ saw a 10 percent loss in its vote share. Kurz ultimately formed a coalition government with the Greens and reclaimed his chancellorship.

Austria’s president largely plays a ceremonial role, but the presidential election can be a gauge of the country’s mood. In a further blow to the SPÖ/ÖVP duopoly, neither party’s candidate made it to the second round of the 2016 election. Rather, the final round was a closely-fought battle between FPÖ’s Norbert Hofer and former Green leader Alexander Van der Bellen, which Van der Bellen won. However, the process was turbulent – the original result of the runoff was annulled and re-run several months later due to irregularities with postal ballots (Van der Bellen won both times).

Vienna’s last state elections took place on October 11, 2015. Historically, the SPÖ has dominated “Red Vienna.” In that vein, the current government is a coalition of the SPÖ and the Greens, which hold a combined 54 seats (44 for SPÖ and 10 for the Greens). Conversely, the biggest opposition party is the FPÖ, which has 31 seats, its best-ever result. Moreover, in the wake of the Syrian refugee crisis, FPÖ made gains in several Austrian state elections. In fact, ahead of the 2015 Vienna elections, 80 percent of voters had identified refugees as their top concern.

ÖVP holds only seven seats. The liberal NEOS holds five seats. The remaining three seats belong to the far-right Alliance for Austria (DAO), which split off from FPÖ in December 2019 following Ibiza-gate.

In the upcoming elections, nine parties will appear on the ballot. Parties that earn at least 5 percent of the vote will get seats. One new party will be Strache’s Team HC Strache, which he founded after being expelled from FPÖ following Ibiza-gate. Strache himself will be a candidate. As a result, the far-right is divided and FPÖ is expected to reduce its vote share.

Austria is a member of the European Union, but not a member of NATO. In that vein, it considers itself a bridge between east and west.

← 21votes Official Relaunch: Coming Soon
Albania Parliamentary Elections: April 25, 2021 →
By continuing to browse the site you are agreeing to our use of cookies.
Share This