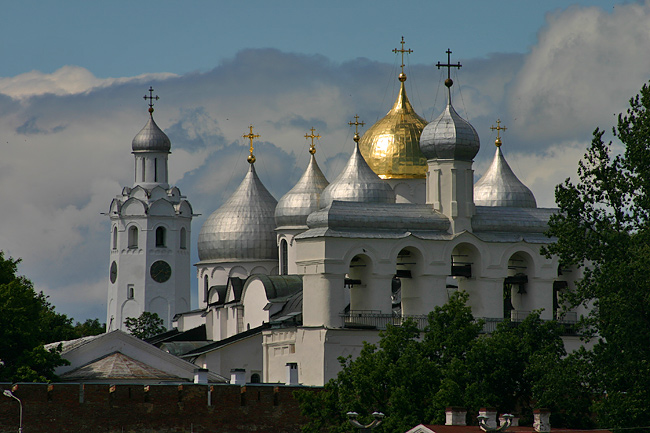 The Cathedral of St. Sophia in Veliky Novgorod, Russia. It is the oldest church building in Russia, consecrated in 1050. Photo credit: Wikimedia/Dio-fine-art (CC BY-SA 3.0)

Russia is due to hold parliamentary elections by September 19, 2021. Russian elections are neither free nor fair. Nonetheless, the opposition has been making some gains in recent regional elections, helped by opposition leader Alexei Navalny’s “Smart Vote,” a campaign of tactical voting, in which they developed a list of candidates the best chance of beating Vladimir Putin’s United Russia.

Does your head spin, every time someone mentions Russia’s upcoming parliamentary elections? Fear not, peasant, because Meduza can tell you now who will likely win seats in September. https://t.co/qUfztdzTnF

#Gvote21: @Girchi_GE, @UNMGeorgia, @EuropeanGeorgia & @MovementDroa name Tsotne Koberidze as #Tbilisi Vice-Mayor candidate triggering debates if it's agism to question him as he's only 24 and how strongly his libertarian ideas can alienate non-Girchi voters for his running mates. pic.twitter.com/aed3IvVWKO

Ruby Lott-Lavigna, Vice (August 10, 2021): ‘It Needs To Stop’: LGBTQ People in Georgia Under Siege From the Far-Right

Uzbekistan; Muhammad Salih a leader in exile of opposition party “Erk” called to boycott the Presidential election in Uzbekistan calling it a 'fake show that continues for 30 years in the country'. https://t.co/dvrMOfgZnZ

If you want to learn about this often overshadowed country's recent political turmoil, listen to our episode with Nazgul Kulova! She talks about Kyrgyzstan's wild political history and the crisis that occurred after disputed October 4th elections.

KK Ottesen, Washington Post (August 10, 2021): Belarusian political dissidents on spreading their message of freedom: ‘We never know when our life will end’

Jen Kirby, Vox (August 7, 2021): The long reach of Belarus’s repression: Why an Olympic athlete’s complaint became an act of protest.

Nick Paton Walsh, CNN (August 6, 2021): Belarusian dissidents fear the regime will put them into detention camps. It may have already built one