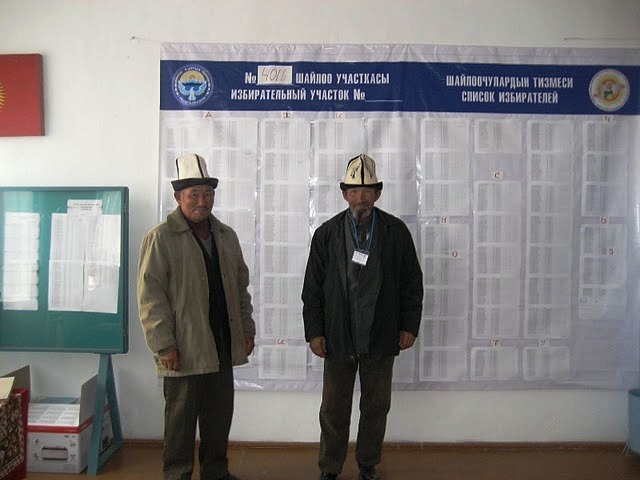 Kyrgyzstan has scheduled local elections for April 11, 2021 (originally due in 2020 but delayed due to the COVID-19 pandemic). The country also plans to re-run the parliamentary elections originally held on October 4, 2020 because election officials annulled the results following protests over vote-rigging.

These follow a January 10, 2021 snap presidential election that happened because the former president resigned in the wake of the protests.

These elections are taking place in the context of a potential reversal of Kyrgyzstan’s halting transition to democracy following the Tulip Revolution of 2005. In that vein, Freedom House changed its rating from Partly Free to Not Free in 2021.

For a time, Kyrgyzstan was the strongest democracy in Central Asia (although it does not have much competition in that department). In that vein, the country switched to a parliamentary system in 2010. After that, in an effort to curtail presidential power and authoritarian backsliding, the country instituted a one-term limit on presidential terms. However, political parties largely revolve around around clan and regional affinities rather than ideologies or platforms.

The man who was president until October 15, Sooronbay Jeenbekov, was elected in 2017, leading to Kyrgyzstan’s first peaceful transfer of power between two elected presidents. Jeenbekov’s predecessor, Almazbek Atambayev, initially backed him, but relations between the two subsequently soured. Atambayev staged a series of protests and ended up in jail.

The Annulled 2020 Parliamentary Elections in Kyrgyzstan and Subsequent Chaos

Sixteen parties competed in the 2020 parliamentary elections, but only four won seats. None were genuine opposition parties. Citizens expressed shock and meanwhile, parties said they would not recognize the results (the first party to refuse to recognize was, unsurprisingly, Atambayev’s Social Democrats).

Protesters took over the parliament building and other government buildings, and sprang prisoners from jails. Ultimately, in the midst of chaos, a group of MPs crowned one of those prisoners, Sadyr Japarov, prime minister. Japarov, a supporter of former president Kurmanbek Bakiyev (himself ousted by protesters in 2010), had been serving a prison sentence for kidnapping a regional governor. However, Japarov holds that the charges were politically motivated.

Ultimately, Jeenbekov resigned. After that, Japarov became acting president. In fact, this marks the third time in 15 years that Kyrgyz protesters have ousted a president.

Re-Run of Parliamentary Elections and Snap Presidential Election in Kyrgyzstan

Following the chaos of the last elections, Kyrgyzstan voters will have several opportunities to head to the ballot box in the coming months. Japarov won the snap presidential election on January 10.

In addition, officials have proposed re-running the parliamentary elections on December 20, 2020. However, parliament subsequently voted to delay the elections until after the constitutional referendum. Meanwhile, officials are considering changing the election rules so that more parties will have the chance to be represented in parliament.

Meanwhile, the country continues to debate the new constitution (or “khanstitution,” as its critics have dubbed it), which will be put to a referendum in April.

Kyrgyzstan sits at the crossroads of several geopolitical hotspots. The United States has an air base there until 2014, when the lease ended. Likewise, both Russia and China actively engage in Kyrgyzstan. In that vein, China is its biggest creditor.

Catherine Putz, The Diplomat (March 3, 2021): Kyrgyzstan Tumbles in Freedom of the World Ranking

Isabelle Khurshudyan, Washington Post (January 11, 2021): After Kyrgyzstan’s third uprising in 15 years, a nationalist who was sprung from prison is elected president

Bruce Pannier, RFE/RL (October 3, 2020): Kyrgyzstan: A Guide To The Parties Competing In The Parliamentary Elections

← Georgia Parliamentary Election Runoffs: November 21, 2020
Bolivia Regional and Municipal Elections: March 7, 2021 →
By continuing to browse the site you are agreeing to our use of cookies.
Share This