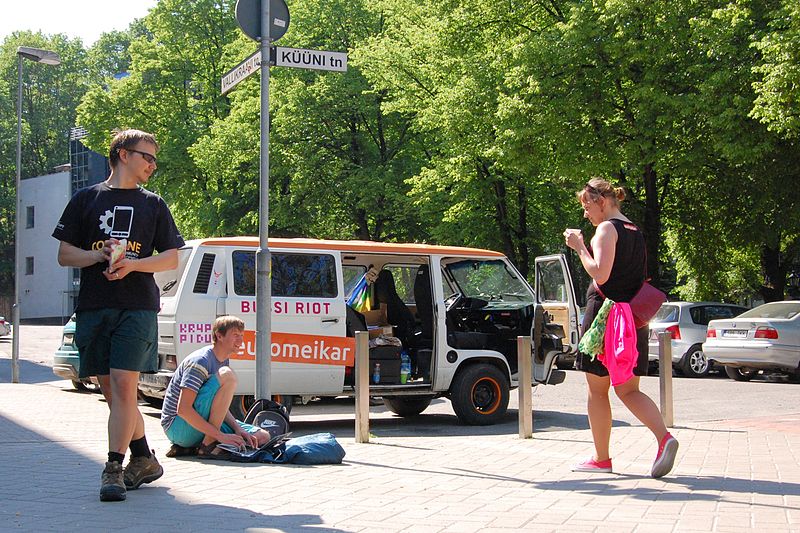 A campaign bus in Tartu, Estonia, ahead of the 2014 European elections. Estonia holds local elections in October, as well as an indirect presidential election in August. Photo credit: Wikimedia/Kamma (CC BY-SA 4.0)

Estonia – a poster child for a successful post-communist transition to democracy – will hold an indirect presidential election starting on August 30 and local elections on October 17, 2021. In Estonia’s parliamentary system, the president plays a largely ceremonial and representative role, with no executive power. The Riigikogu (parliament) elects the president. Incumbent Kersti Kaljulaid is eligible to run for another term.

Laura Smith-Spark, CNN (July 22, 2021): A far-right extremist killed 77 people in Norway. A decade on, ‘the hatred is still out there’ but attacker’s influence is seen as low

Roger Boyes, Times of London (July 21, 2021): Germany’s Greens are choking on the verge of power

Opposition parties accuse Zaev of violating the Constitution with his attempt to delay the municipal elections – https://t.co/SfMr98wrmW #Macedonia pic.twitter.com/hpCEf2XDL1

Aleksander Brezar, Euronews (July 20, 2021): Could North Macedonia be the graveyard of the EU’s ideals?

Gjeraqina Tuhina, RFE/RL (July 19, 2021): Serbia-Kosovo Talks Make No Progress, Each Side Blames The Other

Hungary’s populist government has called a referendum on its drive to restrict access to LGBT content, in what critics decried as a bid to stoke a “culture war” before elections and distract from allegations that the state spied on critics and journalistshttps://t.co/4gBqihFJQI

Robert Zaretsky, Slate (July 20, 2021): The Tough New COVID Rules That Could Determine the Future of France

Rym Momtaz, Politico (July 19, 2021): Macron heads to the heartlands to kickstart reelection drive: With jambon and chanson, the president moves to win over France’s heartlands.

Y.Z., Sarajevo Times (July 18, 2021): Covic: Without amendments to the Election Law, there will be no elections next year

The Economist (July 24, 2021): Donald Tusk has taken over as leader of Poland’s main opposition party