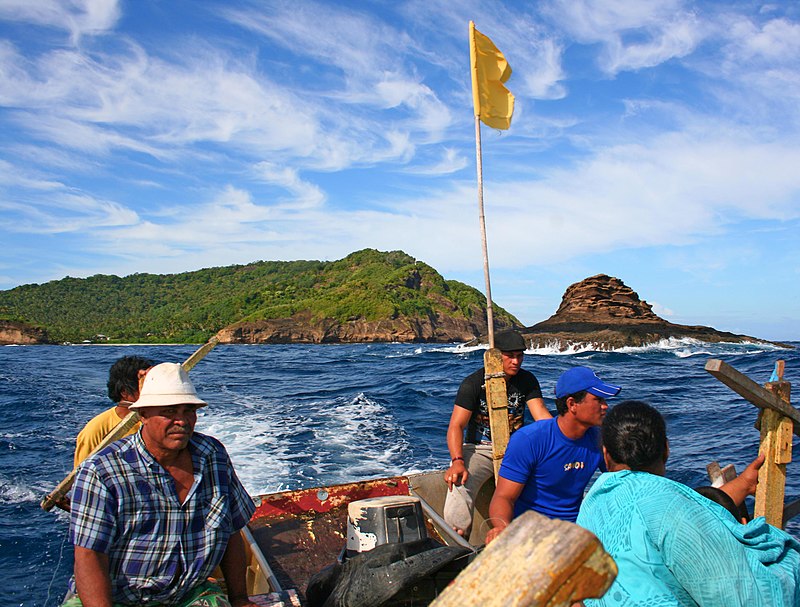 A boat near Samoa’s Apolima Island. Samoa heads back to the polls later this month to re-run parliamentary elections. Photo credit: Wikimedia/Neil (CC BY 2.0)

Lagipoiva Cherelle Jackson, The Guardian (May 4, 2021): Second vote called in latest twist in Samoa’s most dramatic election in history

Samoa: New elections have been announced by Tuimaleali’ifano Sualauvi Va’aletoa II, the Head of State for the 21 May 2021. The political deadlock brought by both the HRPP (Conservative) and FAST (*) on 26 seats each was cited as the primary reason for new elections. #Samoa

Fulcrum Commentary by Nhu Truong – The process of self-nomination to Vietnam’s legislature is fraught with political peril, which reflects the calibrated rules of the election under the communist regime. https://t.co/6M3laqwK5y#Vietnam #VietnamElections #CommunistPartyVietnam

On 30 June 2020, China unilaterally passed a sweeping #NationalSecurityLaw (NSL) for #HongKong. What are the main issues with the NSL? How will it affect #elections? pic.twitter.com/CiTKGmdmxS

Jessie Lau, The Diplomat (May 3, 2021): Why Martin Lee’s Arrest Is Such a Worrying Sign

🇭🇰Hong Kong displays some of the most extreme generational divides observed in elections worldwide, mirrored by massive support for the pro-democracy camp among the youth.
More figures: https://t.co/yUkGTOB0Da
Paper: https://t.co/GoiHu8SbXG pic.twitter.com/Rxt49XxvHX

Analysts say President Rodrigo Duterte’s approach to Beijing’s increasingly aggressive assertions in the waters will influence the position of contenders to succeed him in the vote next May. https://t.co/jOfkGjE9WV

Malaysia Sarawak State Elections: Due by August 7, 2021 (but won’t be held until COVID-19 emergency is over) and Possible Snap Parliamentary Elections

Elections in four Indian states (West Bengal, Assam, Tamil Nadu, and Kerala) and one union territory (Puducherry) begin on March 27 and will conclude on May 2. These elections, involving 180 million voters, will be a key test for the national parties, but regional parties also play a big role. Meanwhile, India is experiencing a massive COVID-19 outbreak.

In West Bengal, a former communist stronghold that has been led by Mamata Banerjee from the center-left Trinamool Congress party – currently the only female Indian state leader – for the last 10 years, a massive campaign push from Narendra Modi‘s BJP did not lead to a win. Banerjee will remain chief minister and Trinamool Congress won two-thirds of the seats. However, BJP jumped from three seats to 77 in the 294 seat legislature.

In the other two states, incumbents remain in power. In Assam, BJP held its majority. In Kerala, the leftist coalition will remain. More

Saba Hussain, Channel News Asia (May 8, 2021): Commentary: Is Modi already being made to pay for India’s COVID-19 crisis?

Nilanjana Bhowmick, Time (May 7, 2021): ‘How Can Modi Be Forgiven?’ India’s COVID-19 Crisis May Be Turning the Middle Class Against the Prime Minister

Several Australian states hold elections in 2021, including Tasmania, which is holding its state elections 10 months early. The incumbent center-right Liberals won, their third win in a row in Tasmania. In addition, federal parliamentary elections are due by 2022, but snap elections could happen.

Bhutan held local elections in the capital, Thimphu, as well as the towns of Gelegphu and Phuentsholing, on April 28, 2021.

AFP (May 2, 2021): Violence erupts in Myanmar as thousands gather to call for ‘spring revolution’ against military junta