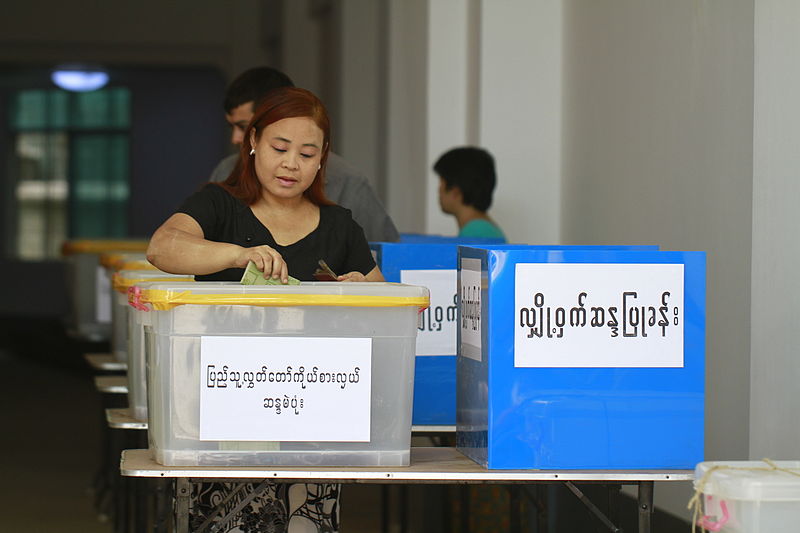 Burma, also called Myanmar, is holding general elections on November 8, 2020. Voters will elect members of both houses of the bicameral Assembly of the Union (Pyidaungsu Hluttaw), the bicameral parliament, except for the seats reserved for the military. Additionally, voters will elect state and regional Hluttaws (legislatures). In total, more than 1,000 seats are up for election.

Municipal elections happen at various times, not at the same time as general elections.

Burma seemed to be moving toward democracy following the  country’s first credible, relatively free elections in 2015, which swept Aung San Suu Kyi and the National League for Democracy (NLD) to power following decades of military dictatorship. Once held up by the global community as a paragon of moral authority for giving up her own freedom in the fight for democracy, Suu Kyi’s tenure as the country’s de facto leader has disappointed many. For example, Burma still has hundreds of political prisoners, including many who were arrested after the NLD came to power.

Ethnic conflicts continue between the dominant Burmans, who comprise roughly 60 percent of the population, and different minority groups. The crisis in Rakhine or Arakan State with the Muslim Rohingya, which some have called a genocide, has created 700,000 refugees in neighboring Bangladesh and 128,000 internally displaced people.