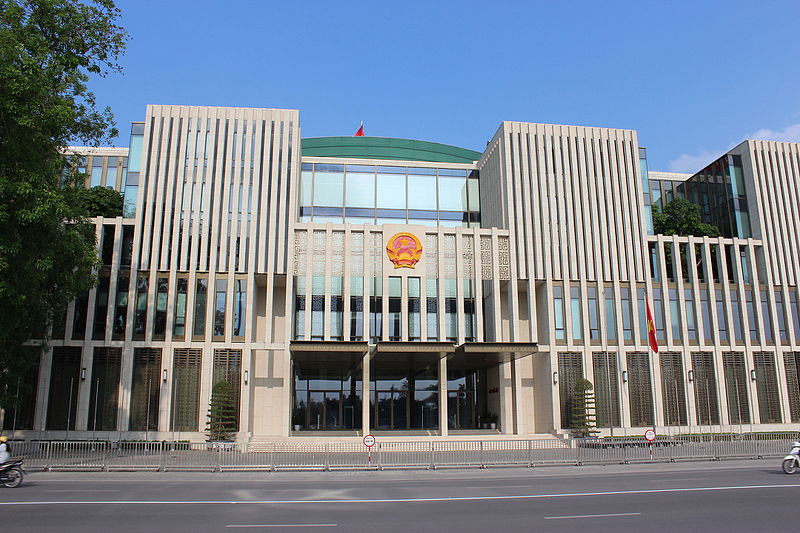 Vietnam’s National Assembly building, where the legislature meets. Legislative elections in Vietnam are due on May 23, 2021. Photo credit: Wikimedia/Grayswoodsurrey (CC BY-SA 4.0)

Vietnam is due to hold legislative elections on May 23, 2021.

In addition, dissidents face arrest and assault. Most recently, authorities arrested blogger Pham Doan Trang, one of Vietnam’s most prominent democracy activists, right after holding talks with the United States about human rights.

In short, elections in Vietnam offer very little genuine choice to voters, and no prospects for political change.

Editorial Board, Washington Post (October 8, 2020): A dissident jailed in Vietnam shares her message: Don’t free me, free my country

Simon Lewis, Time (May 23, 2016): Vietnam Gets to Vote in Elections, but the Communist Party Picks Who’s on the Ballot

← Thailand Municipal Elections: March 28, 2021 (other local elections to follow)
Argentina Midterm Legislative Elections: October 24, 2021 →
By continuing to browse the site you are agreeing to our use of cookies.
Share This