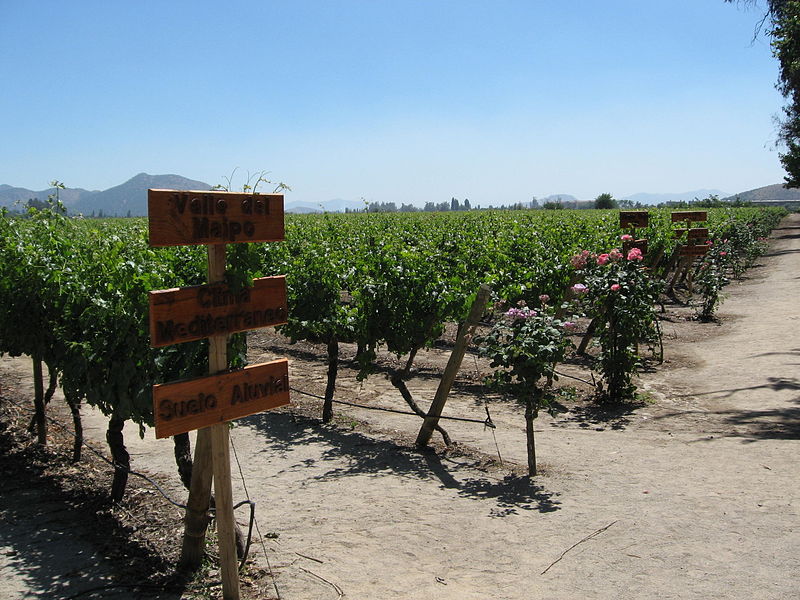 Vineyards in Chile’s Maipo Valley. Chile heads to the polls this month for local and regional elections, plus the election of the Constitutional Assembly. Photo credit: Wikimedia/MattStabile01 (public domain)

Chile Local and Regional Elections: May 15 and 16, 2021 and Presidential and Legislative Elections: November 21, 2021

Chile has delayed its local and regional elections, originally scheduled for April 11, 2021, to May. In addition, voters will elect all 155 members of a Constitutional Assembly, after a referendum in which Chileans voted to write a new constitution (and the new constitution will need to be approved by another referendum).

Sam Lynch, Council on Foreign Relations (May 6, 2021): Chile’s Constitutional Rewrite: A Difficult Path Ahead, but a Recipe for Inclusion

AFP (May 8, 2021): Mayor of Mexican town arrested over missing activist

The Economist (May 8, 2021): The collapse of a Mexico City railway bridge kills 25 people

OAS to Observe Federal and Local Elections in Mexicohttps://t.co/M9yffftRtD pic.twitter.com/T7DIusd992

AFP (May 6, 2021): EU: No Funding or European Observers for Referendum in Haiti

AFP (May 4, 2021): Haiti to hold referendum despite international pushback

4/ Today, the regime shows little sign of loosening its grip on power. Restrictions on freedom of speech & association are harsher and the harassment of politicians, journalists, & activists has been ramping up with the Nov 2021 election drawing closer. https://t.co/UkTzETEpw2

Venezuela Regional Elections: Due in 2021

Venezuela is due to hold regional elections by the end of the year. In December 2020, Venezuela held legislative elections despite members of the opposition and international community calling for a delay in order to ensure credible, fair elections. Ultimately, most of the opposition boycotted.

The opposition is likely to boycott the regional elections as well. These elections are taking place in the context of ongoing political, constitutional, and humanitarian crises have been going on for years.  More

Alex Vasquez and Nicolle Yapur, Bloomberg (May 4, 2021): Venezuela New Electoral Board Might Draw Opposition to the Polls

Astrid Suárez and Regina Garcia Cano, AP (May 8, 2021): EXPLAINER: Why are people protesting across Colombia?

Canada is not due to hold federal elections until 2023, but snap elections could happen if the opposition manages to oust PM Justin Trudeau’s Liberal minority government in a vote of no confidence.

Joan Bryden, The Canadian Press (May 5, 2021): Bill to ensure safe voting during pandemic stalls as odds of federal election increase

Mike Crawley, CBC News (May 3, 2021): Ontario’s political parties gear up for next spring’s election in the shadow of COVID-19