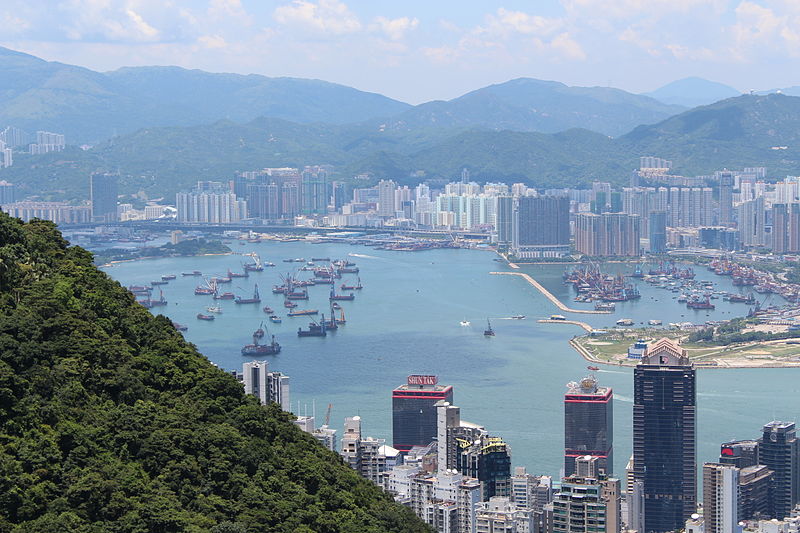 Jessie Lau and Shui-yin Sharon Yam, The Diplomat (December 1, 2021): ‘Patriots Only’: Hong Kong’s New Election System in Action: Changes to Hong Kong’s election system, as well as the overarching national security law, have all but killed any formal political opposition.

Wall Street Journal (November 28, 2021): Hong Kong Says Vote—or Else: China fears a boycott of the sham vote it will hold next month.

Mihar Sharma, Bloomberg (November 29, 2021): Biden’s Democracy Summit Is a South Asian Diplomatic Flub: The U.S. may have caused major damage to its policy in the region by excluding some countries that are being courted by China.

India’s next general elections are due by May 2024.

Mong Palatino, The Diplomat (December 3, 2021): Why the Fight for the Philippines Vice Presidency Matters: Whoever wins the number two slot could end up playing a significant political role in the next administration.

Andreo Calonzo and Clarissa Batino, Bloomberg (December 2, 2021): Facebook Users Rewrite Marcos History in Race to Succeed Duterte: Marcos Jr.  holds a big lead in the race for the Philippine presidency when online disinformation is expected to ramp up due to covid curbs.

Ronald U. Mendoza, Imelda Deinla, and Jurel Yap, Lowy Institute’s The Interpreter (December 1, 2021): Philippines: diagnosing the infodemic – Fake news is harder to spot than ever. Young voters need to get savvy before the country’s 2022 election.

Sebastian Strangio, The Diplomat (November 30, 2021): Cambodia Opposition Fractures as Bickering Breaks Into the Open: Kem Sokha has accused his longtime partner Sam Rainsy of using his name and image for personal political gain.

The Guardian (November 28, 2021): Prince Norodom Ranariddh, former Cambodian PM, dies aged 77: Leader of royalist Funcinpec party was overthrown as prime minister by Hun Sen, who has ruled country as a despot ever since

Kamles Kumar, Al Jazeera (November 2, 2021): Is it time for Anwar Ibrahim to step aside? Malaysia’s opposition leader faces calls within the coalition and supporters to make way for fresh faces.

Thai officials have said they will schedule elections soon for various types of local elections (such as Bangkok city council) and potentially a constitutional referendum. Most recently: Tambon (township) Administrative Organization (TAO) elections took place on November 28. These follow provincial elections that took place in December 2020 and municipal elections in March 2021.

Democracy in the Region

Shannon Tiezzi, The Diplomat (December 1, 2021): Which Asia-Pacific Countries Were (and Weren’t) Invited to the US Summit for Democracy? The guest list underscores the region’s ambivalent relationship with democracy and political freedom.