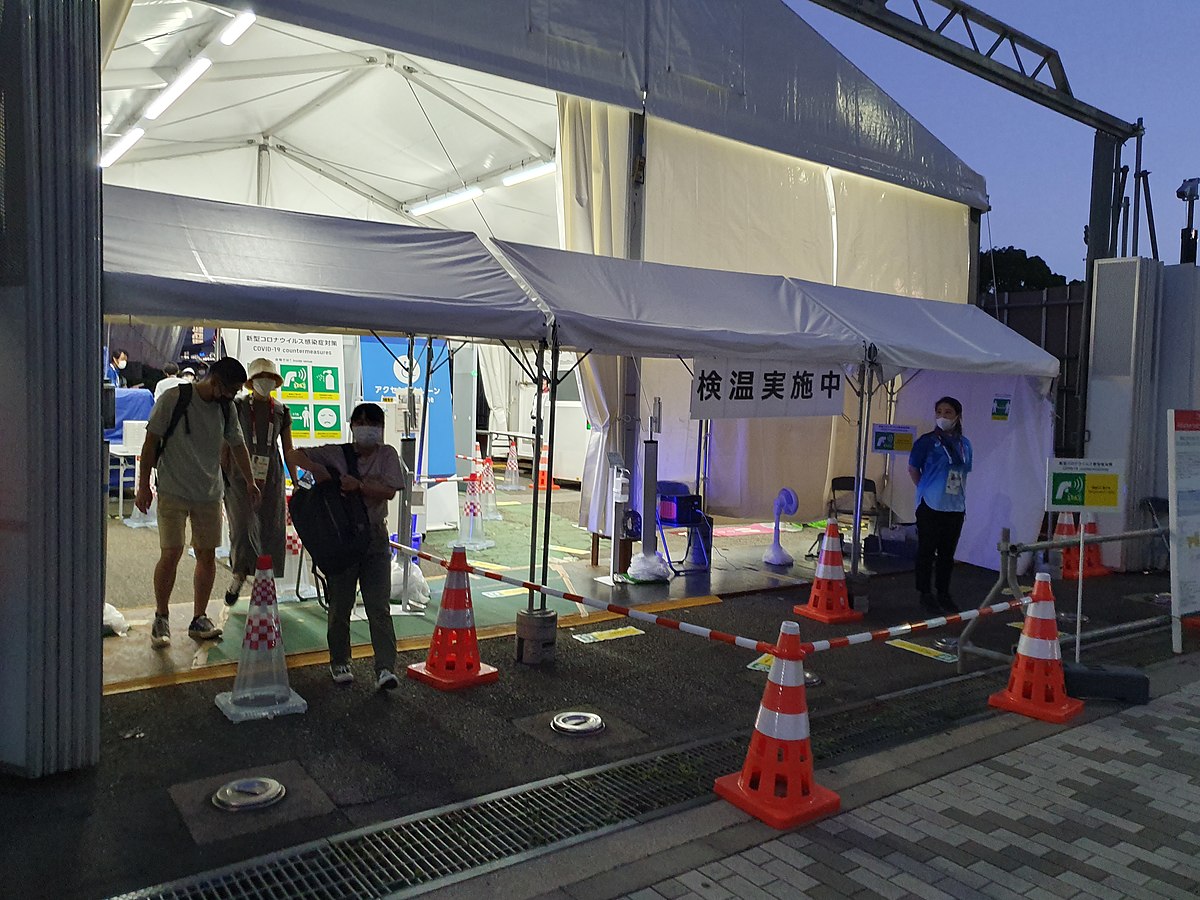 Entering the tennis facility at the Tokyo Olympics. The Olympics are playing a big role in Japanese politics ahead of elections due later this year. Photo credit: Wikimedia/Syced (CC0 1.0)

Japan General Elections: On or Before October 22, 2021 (plus Hyogo Prefecture gubernatorial election on July 17).

Phillip Y. Lipscy and Daniel M. Smith, Washington Post (July 19, 2021): Nobody can go to the Tokyo Olympics. So why is the government going ahead with them? The political stakes are high, as Prime Minister Yoshihide Suga must face voters in a general election this fall

As the Tokyo Olympics begin, Japan's PM Suga is taking a big gamble by staging the event amid the pandemic and public opposition in Japan.@EurasiaGroup's @Ali_Wyne explains what's at stake for Suga with elections on the horizon.#Viewpointhttps://t.co/wSW7MXnVGK

🎧Listen to our four-part podcast, Hong Kong Silenced to find out how China is dictating who can run for parliament in Hong Kong@sophia_yan @niccijsmith

Sushant Singh, Foreign Policy (July 21, 2021): India’s Watergate Moment: A journalist hacked by Pegasus says he will survive, but Indian democracy may not.

Joanna Slater and Niha Masih, Washington Post (July 19, 2021): The spyware is sold to governments to fight terrorism. In India, it was used to hack journalists and others.

Sky News (July 23, 2021): Local government elections in NSW set to be postponed for a second year

Joseph Chinyong Liow and Ariel Tan, South China Morning Post (July 24, 2021): In Malaysia, what lies beneath the divorce of Umno and Muhyiddin’s Bersatu?

Nepal sits in the strategically-important Himalayas, and is a focus of competition between India and China. More

Deuba secured 165 votes in the 275-member House; it will possible let him rule until the next general elections in early 2023. #Nepal #Politics #Deuba https://t.co/oI09ckhfvq

Vietnam, a one-party communist state, held legislative elections on May 23, 2021. For the most part, only candidates from the Communist Party of Vietnam and those who support it are able to run. In addition, dissidents face arrest and assault. More

Samoa held general elections on April 9, 2021, and after a post-election roller coaster ride, a new prime minister has finally been inaugurated and approved by the courts. A new opposition party, Fa’atuatua i le Atua Samoa ua Tasi (FAST, “Faith in the one true God”), posed a new challenge to the Human Rights Protection Party (HRPP), which has been in power since 1982. Ultimately, both FAST and HRPP got equal numbers of seats, with an independent MP breaking the tie and agreeing to support FAST. However, the plot continues to thicken as HRPP was given an additional female MP since the party did not meet its quota for women.

As a result of the deadlock, the prime minister has called new elections for May 21, but a court decided to block the new elections, reinstate the results, and overturn the decision to give HRPP an additional MP. As a result, FAST was declared the winner of the elections and Fiame Naomi Mataʻafa was sworn in as prime minister – the first woman to hold the office. A court ultimately confirmed her victory, ending the political crisis.