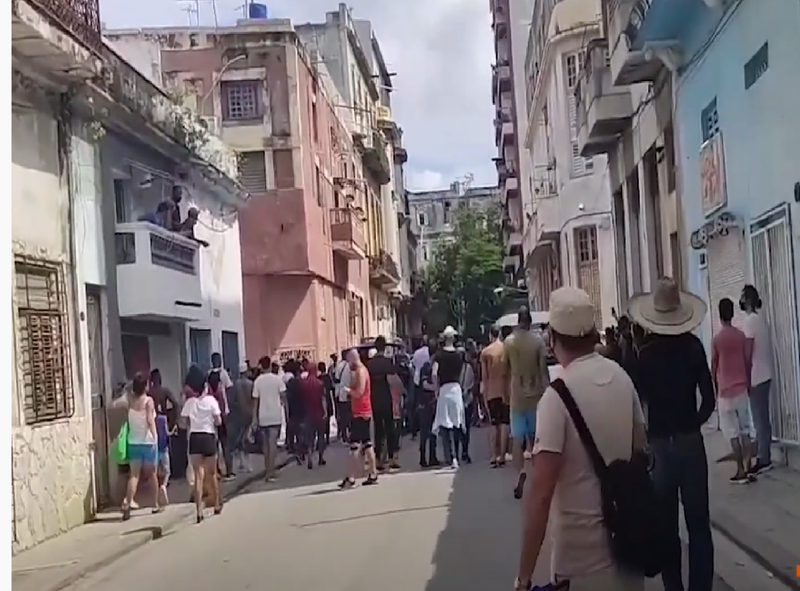 Protesters in Havana, Cuba, which saw the biggest anti-regime protests in decades this month. Photo credit: Wikimedia/14yrmedio (CC BY 3.0)

Allegations of fraud followed Haiti’s presidential 2015 election, sparking a political crisis that remains ongoing. Some have called for the upcoming elections to be delayed.

Oliver Stuenkel, Carnegie Endowment (July 21, 2021): Haitians Should Be at the Center of Rebuilding Their Country

Chile holds presidential and legislative elections in November, following presidential primaries on July 18 that produced surprise results ). These elections follow the May 2021 local elections, and importantly, elections to the Constitutional Assembly. The results of the primaries indicate that voters seem to want a return to moderation.

Incumbent president Sebastian Pinera, from the center-right Chile Vamos coalition, is not running for another term. He currently has low approval ratings, posing a challenge for his party’s candidate (who will be chosen in the July primary election). Moreover, the conservatives failed to secure even one third of the Constitutional Assembly. In the July 18 presidential primaries, center-right Sebastian Sichel prevailed over candidates who were both more established and more to the right. Similarly, on the left, communist Daniel Jadue, a darling of the international left-wing commentariat, lost to Gabriel Boric, a socialist former student leader.

Reuters (July 24, 2021): Brazilian protesters call for impeachment of Bolsonaro for 2nd time in a month

Terrence McCoy and Gabriela Sá Pessoa, Washington Post (July 23, 2021): Bolsonaro once said he’d stage a military takeover. Now Brazilians fear he could be laying the foundation for one.

Nick Taylor-Vaisey, Politico (July 21, 2021): All the reasons Trudeau should think twice about an election

The Economist (July 24, 2021): Mexico’s middle class is struggling: First it was battered by the pandemic, now by the president

Mary Beth Sheridan, Washington Post (July 21, 2021): How Mexico’s traditional political espionage went high-tech: Victims say the use of Pegasus spyware through 2017 had a chilling effect on journalists and human rights workers. The government says it halted the practice, but questions remain.