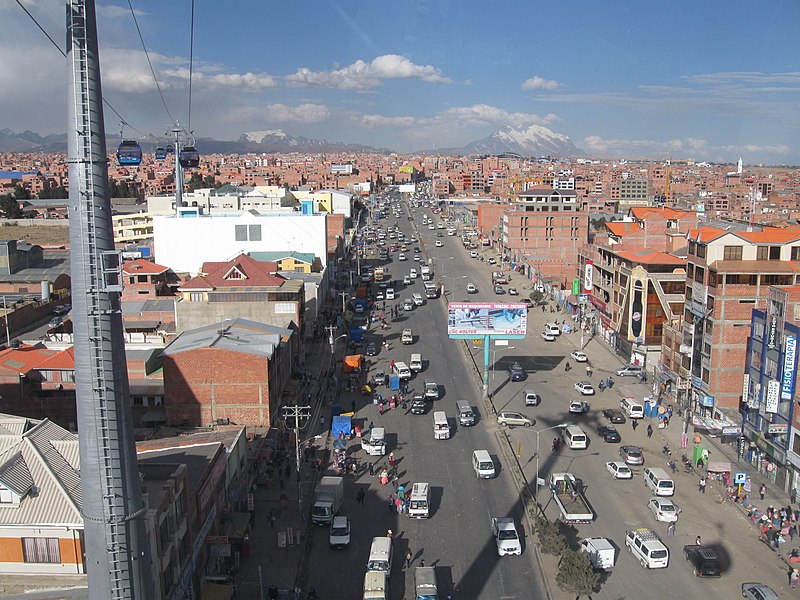 El Alto, Bolivia’s second-largest city and the site of a showdown between former president Evo Morales and his former ally, Eva Copa, who is running for mayor against a candidate personally chosen by Morales. UPDATE: Eva won. Photo credit: Wikimedia/Aurimaz (CC BY-SA 4.0)

Bolivia holds regional and municipal elections on March 7, 2021. A total of more than 2,600 positions will be on the ballot. These follow a rerun of the 2019 annulled general elections that took place on October 18, 2020 in which socialist Luis Arce won the presidency. Leftist firebrand Evo Morales has returned to the country to lead his party, although apparently not every member of his party loves him. More

Canada’s 10 provinces and three territories all hold provincial and municipal elections at different times. Newfoundland and Labrador’s embattled former Liberal leader and premier Dwight Ball announced his resignation as premier in February 2020, sparking a need for new elections. Given the cancellation of in-person voting due to COVID and a delay, and controversy over the current caretaker premier’s economic recovery plan, the whole thing has been described as strange.

CBC News (March 1, 2021): Breaking down ballot-counting: Why it could be April before we know N.L.’s election results

Gideon Long, Financial Times (March 7, 2021): Ecuador’s Yaku Pérez: ‘A triumph even if we don’t get to the second round’

The Economist (March 6, 2021): A new constitution could give indigenous Chileans more say

Karina Nohales and Alondra Carrillo, Jacobin (March 3, 2021): The Tide of Feminist Organizing Is Rising in Chile

AP (March 4, 2021): Mexico to raise security for candidates ahead of elections

Belize held municipal elections on March 3. The center-left PUP was the biggest winner of yesterday’s municipal elections, following victory in last November’s parliamentary polls after three terms in opposition. Also, Sharon Palacio will be the first female mayor of the capital, Belmopan. More

Will Freeman and Lucas Perelló, Foreign Policy (March 2, 2021): In El Salvador, Broken Promises Have Forced the Establishment Out

Venezuela held legislative elections on December 6, 2020, despite members of the opposition and international community calling for a delay in order to ensure credible, fair elections. These elections took place in the context of ongoing political, constitutional, and humanitarian crises have been going on for years. More

Ricardo Hausmann and José Ramon Morales-Arilla, Project Syndicate (March 4, 2021): What Should Biden Do About Venezuela?