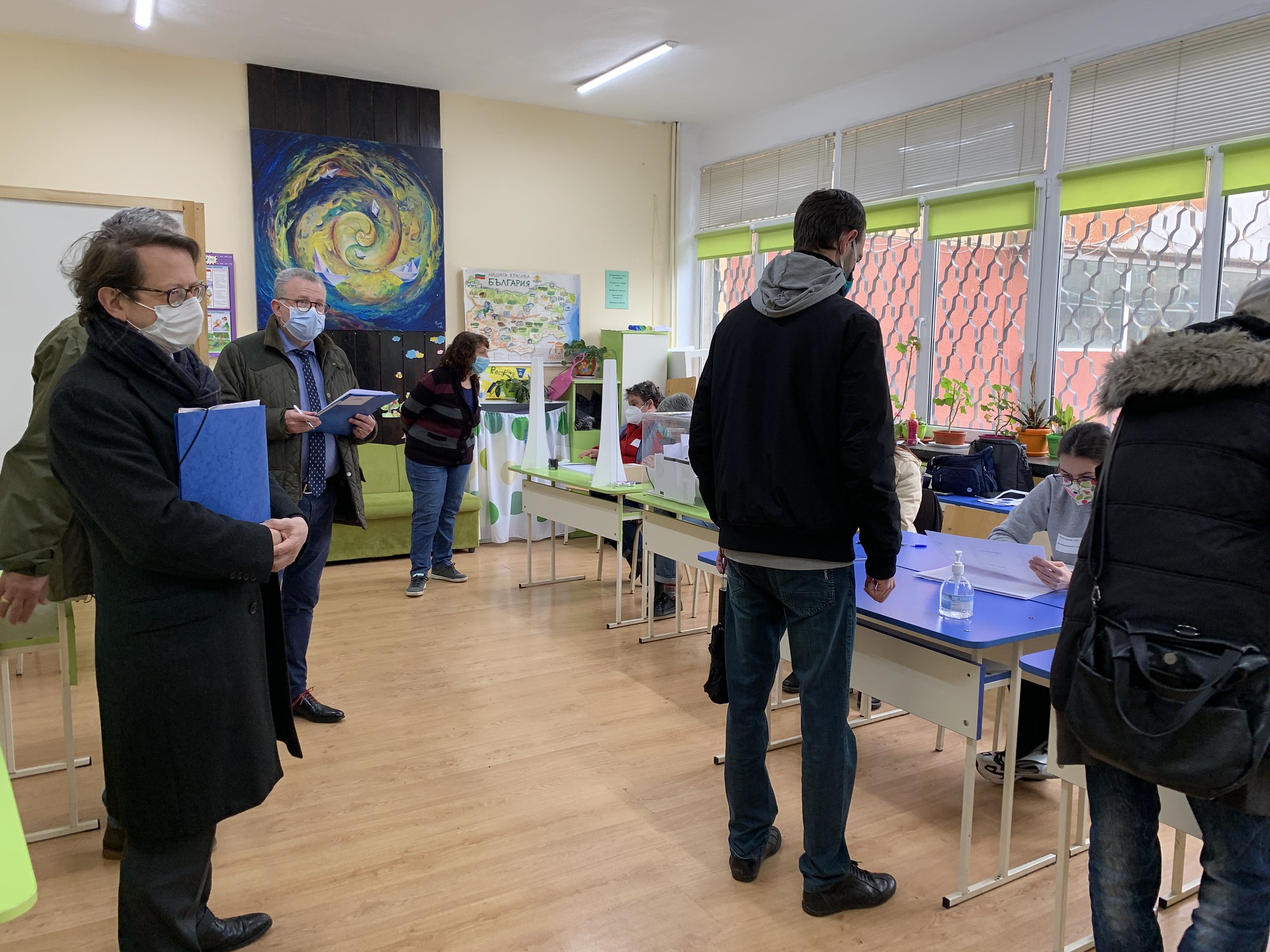 A polling station during Bulgaria’s April 2021 elections, which failed to produce a government. The July 2021 elections might also not result in a government, potentially leading to a third election. Photo credit: Flickr/OSCE Parliamentary Assembly (CC BY-SA 2.0)

Maegan Vazquez and Kevin Liptak, CNN (July 15, 2021): Merkel and Biden chart a course for the future of US-German relations in White House meeting

Austria is subsequently due to hold a presidential election by April 2022, but the role is largely ceremonial, with the chancellor instead holding most executive power.

Estonia – a poster child for a successful post-communist transition to democracy – will hold local elections on October 17, 2021. Since January 2021, Estonia’s government has been a grand coalition of the center-right Reform Party and the centrist Centre Party, which has historically been supported by Estonia’s Russian community. Following the 2019 elections, Centre shocked the country by forming a government with the far-right EKRE, but PM Juri Ratas was forced to resign in January 2021 following a real estate scandal. Subsequently, Reform – previously in opposition – formed a coalition with Centre as the junior partner, making Reform’s Kaja Kallas Estonia’s first female prime minister. More

Sheena McKenzie, CNN (July 11, 2021): Orbán wants a Chinese university in Hungary. Opponents see a chance to turn his nationalist rhetoric against him

OPINION: Polls are influential in all democracies — but particularly so in France, where they’ve become “part of the country’s electoral machinery.”

All the more reason opinion polls should be reliable. They are increasingly not. https://t.co/OH33Sgmzxy

Latvia is due to hold parliamentary elections in October 2022. These follow this year’s local elections, which saw a record low turnout and a fragmented result.

Latvia has been a democracy since regaining independence in 1991 (of note, none of the three Baltic nations ever actually recognized the Soviet occupation), and is a member of NATO and the European Union.

These elections are happening in a heated geopolitical climate. Last year’s Riga snap elections surprised political observers by knocking, Harmony, the party that Latvia’s Russian community supports, from the top spot. Harmony has historically been strong in Riga, the capital, but last year’s Riga elections surprised political observers by knocking Harmony down from the top spot. Instead, an alliance of the liberal Development/For! party and social democrat environmentalist Progressives won the most seats and formed the local government. More

Boryana Dzhambazova, Politico (July 9, 2021): Elusive showman Trifonov holds keys to power in Bulgaria: Singer could win Sunday’s general election, but his agenda and own ambitions are an enigma.