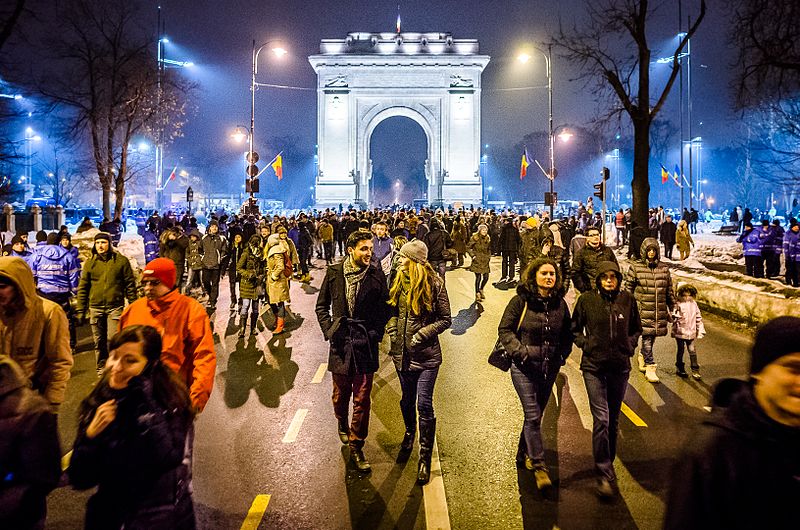 Although the center-right the center-right National Liberal Party (PNL) made gains in the local elections, the scandal-plagued leftist Social Democrats (PSD) came in first place in the parliamentary elections. Prime Minister Ludovic Orban from PNL, which placed second, consequently resigned. President Klaus Iohannis is holding talks with the parties on forming a government, and has appointed defense minister Nicolae Ciuca as interim prime minister.

Since communist dictator Nicolae Ceausescu fell in 1989, Romania has become a free democracy, but politics are volatile – the office of the prime minister has changed hands eight times since 2014. Corruption and weak rule of law remain serious problems.

In Romania’s semi-presidential system, both the president and the prime minister have significant powers. Therefore ,both presidential and legislative elections are important. Romania’s 2014 presidential election handed a surprise victory to Klaus Iohannis, then-mayor of Sibiu in Transylvania, who defeated then-Prime Minister Victor Ponta in the runoff. Iohannis, backed by the center-right National Liberal Party, (PNL), won a second term in November 2019.

During the 2016 parliamentary elections, the left-wing the left-wing Social Democratic Party (PSD) won the most seats, but not a majority. Still, PSD formed a government. But in October 2019,  the PSD government faced allegations of corruption and attacks on the rule of law and consequently was ousted in a no-confidence motion. Moreover, PSD leader Liviu Dragnea is currently in prison for abuse of power.

Subsequently, at Iohannis’ request, Ludovic Orban (no relation to the Hungarian prime minister) formed a center-right minority government. However, on February 5, 2020, the new government itself fell in a no-confidence motion. Iohannis re-appointed Orban in a move that some saw as an attempt to spark new elections. However, the country’s constitutional court ordered Iohannis to appoint a new prime minister rather than hold new elections.

The 2020 Local Elections in Romania

In the local elections on September 27, Iohannis’s PNL made gains, winning the most local seats in its history and ousting the Social Democrat mayor of Bucharest. Some analysts believe those elections serve as a bellwether for the upcoming parliamentary polls.

Since transitioning to democracy, Romania made integration with the Euro-Atlantic community a foreign policy priority, becoming a member of NATO in 2004 and the European Union in 2007. However, its precarious location – north of the Balkan Peninsula, on the shores of the Black Sea, and bordering geopolitical hotspots such as Ukraine and Moldova – creates challenges.

Irina Vilcu and Andra Timu, Bloomberg (September 4, 2019): Here’s Why Romanian Politics Are Blowing Up Yet Again

← Africa This Week: November 11, 2019
Suriname →
By continuing to browse the site you are agreeing to our use of cookies.
Share This